The Maine Chapter supported the public's rights of access to Crowley Island Beach via a path along Jenny's Lane that has been widely used without permission since the early 1900s. 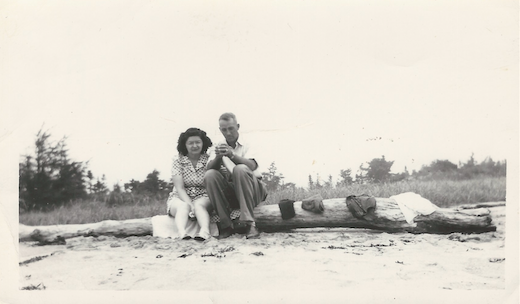 The Surfrider Foundation Maine Chapter was generously represented pro bono by Verrill Dana LLP in this litigation, and submitted on July 10, 2015, a motion to intervene in a case brought by Robert and Deborah Swan of Gouldsboro, Maine, to support their argument of public use of the easement at Crowley Island Beach in the village of Corea, Maine (just north of Acadia National Park). We also submitted a Motion to Stay, to push the trial date back until the court had time to rule on other motions before it.

Unfortunately, on July 22, just one day before the July 23/24 trial was set to begin, the court ruled against both our Motions, disallowing our request to stay and our request to argue on behalf of the public's right of use of the easement at Crowley Island Beach.

The Swans had one more witness scheduled to testify on July 24 to the public's use of the easement, but the judge would not allow it; the judge instead accepted the witness's affidavit.

Other witnesses for the Swans also spoke to the public’s use of the easement.

Opposing counsel presented a title expert witness who alleged that when Jenny's estate passed to the Defendant's son it reserved the path to the beach as now traveled, because the deeded right of way, they claim, refers to the people who owned the land and not to new ownership. They repeatedly pointed to the chain of deeds to assert their claim in this matter.

While we provided affidavits and arguments that strengthened the case, and were optimistic for the Surfrider Foundation's specific interests in this case regarding the claim on prescriptive easement based on over 20 years of open and notorious use to prevail, the ruling came down on September 28, 2015 against both claims.

The Swans and their attorney filed a motion to appeal, and the Surfrider Foundation Maine Chapter filed a motion for leave to file as a friend of the court. On February 22, 2016 an order from the Law Court was issued permitting us to file an amicus brief to help support the public's rights of access.

Unfortunately, in the words of our counsel on the Crowley Island Beach access case in Gouldsboro, Mat Todaro of Verrill Dana: "As we began to suspect after the Cedar Beach decision and the denial of oral argument, the Court found against the Swans." We lost our appeal to protect the public's rights of access to Crowley Island Beach, in yet another refusal of the public prescriptive easement argument by the Maine Law Court. Read the decision.

What does this mean in our state, where less than 10% of our vast coastline is publicly owned? Good question. GET INVOLVED to steer the ship right.

Robert and Deborah are property owners on Crowley Island.  They brought a complaint in Superior Court for a beach access easement to the shoreline due to the practice, custom and common use of access on the Island. They also note that there is a recorded easement for access in the chain of title of their Defendant neighbors' real property. Specifically, the Swans sued for:

The Defendants deny these claims and are seeking a declaration in their favor, as well as a counter claim for civil trespass liability against the Swans.  They assert the defense of permission granted to those who used the access to the ocean. 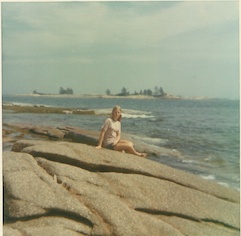 THE POTENTIAL OF THIS CASE:

This case had the potential to further expand and articulate the public’s rights of access per the Public Trust Doctrine, as interpreted in Maine.

THE OBJECTIVE OF THIS CAMPAIGN:

The Crowley Island case offered the important opportunity to protect the right of public beach access on a special part of the Maine coastline.

The Surfrider Foundation Maine Chapter endeavors to protect and expand public beach access in Maine through:

HOW YOU CAN HELP:

The best way to support the Surfrider Foundation Maine Chapter public beach access campaigns is to become a supporting member. Liking our Facebook page & joining our email list are also great ways to stay informed of progress toward goals. You can also email us for information about volunteering to help: maine@surfrider.org.