As we close in on the end of another great year of coastal protection it seems appropriate to look back at the hard work that’s been done by Surfrider Foundation volunteers and staff.  We currently have about 80 active campaigns all over the country.  This number isn’t static but is more like filling a bucket that has a hole: some campaigns wind down while others are starting up, and a few can take years to complete.  They all have a life cycle progressing from initial threat or idea to actively organizing and pressuring decision makers, on through to completion. Each conservation campaign will eventually be won or lost (or a compromise somewhere in between) and we hope to celebrate the wins and learn from the losses.

We first started tracking our campaign wins in 2006, setting a goal for the organization of 150 Victories in 5 years.  Our activists surpassed that benchmark in 2010 and now have accomplished more than 250 victories with 33 in 2013 so far, making a huge difference for the health and accessibility of our coasts.

A "coastal victory" is only counted when a decision made in favor of the coastal and ocean environment that results in a positive conservation outcome, improves coastal access, or both.

There's a ton of great work and effort that has been put into these issues, and you can go and read about all of them here.  But let’s focus on a few highlights.  And be sure to get involved with your local chapter to help make a difference at your favorite beach.

Beach Access:
In Hawaii, the Hilo Chapter has fought for the past two years to open up trail access to Papaikou Mill Beach, one of the few sandy beaches on the East side of the Big Island. Known as a popular surfing, fishing and recreational spot, the beach is also used by students at the University of Hawaii (UH) at Hilo for educational purposes in observing the endangered monk seal and other ecological resources. Neighbors and beach goers also clean the trail and beach when it is open.

Ocean Ecosystems:
In the Pacific Northwest the crew in Oregon capped off several years of data collection, stakeholder engagement, and public process to help the state adopt an amended Territorial Sea Plan, which accommodates for the new use of renewable energy development within Oregon’s nearshore waters.  Oregon Surfrider members and staff played a very active role in this effort over the years by participating in the Reedsport Settlement Agreement, developing Surfrider’s Policy on Renewable Ocean Energy, mapping surfing and other recreational activities through the Oregon Non-Consumptive Recreational Ocean Use Study, representing ocean recreational users on the Territorial Sea Plan Advisory Committee (TSPAC), and providing many public comments to the Ocean Policy Advisory Council (OPAC). 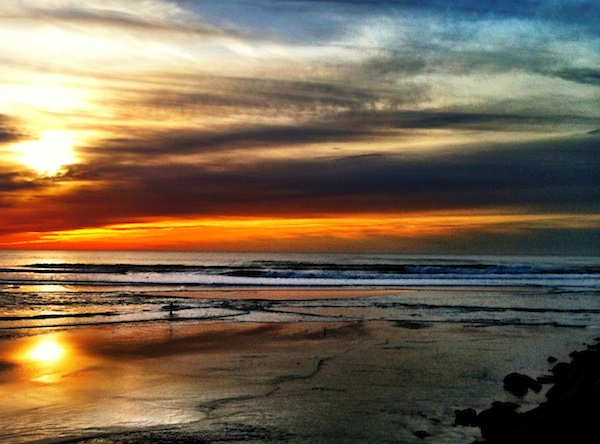 Coastal Preservation:
The popular Cliff Walk in Newport, Rhode Island was heavily damaged by Hurricane Sandy. Repair plans proposed by the RIDOT in March of 2013, however, called for placement of huge jetties...smack dab in the middle of one of New England's most popular surf breaks, off Ruggles Ave. An outpouring of support from the global surf community coupled with local efforts led by surf icon Sid Abruzzi and activist Dave McLaughlin, drew attention to the serious flaws in the original repair plans. Following much outcry from the public and pressure from the community the Coastal Resource Management Council held a public meeting July 17, where lower impact, surfer-friendly plans for the Cliff Walk repair were discussed & approved!

Clean Water:
After months of meetings, reviewing documents, and three long days of public hearings the San Diego Regional Water Quality Control Board UNANIMOUSLY approved a new regional MS4 stormwater permit. The new permit represents a paradigm shift in stormwater management as it implements a watershed-based approach and moves from an “action oriented” permit to an “outcome oriented” permit.  With an increased reliance on Low Impact Development (LID) the new regulations are a big step forward in actually achieving clean water standards. In the coming years, hopefully surfers and swimmers in San Diego will have to worry less about ear infections, and will be able surf after it rains. This is a huge victory as contaminated stormwater is the largest contributor to ocean pollution and the reason we are not supposed to surf for 72 hours after a rain event in the region.

Rise Above Plastics:
Surfrider chapters have celebrated thirteen campaign wins to reduce plastic pollution and the prevalence of single-use plastics in coastal communities.  New regulations requiring the use of reusable grocery bags were passed in Santa Barbara and Olympia, Washington among others.  Chapters had a hand when several cities and the University of Hawaii banned the use of EPS foam in restaurants.  They now will provide alternative materials for carry-out food containers, reducing the amount of plastic pollution getting onto our beaches and ocean.