In February 2017, between 140-256 million gallons of raw sewage from Mexico spilled out of the Tijuana River and into the Pacific Ocean. Beachgoers across San Diego and Tijuana saw, and smelled, sewage plumes for weeks on end. Since then, six more smaller spills of raw sewage have been reported over the past four months. Despite this ongoing harm to our public beaches, federal and state authorities have failed to engage in any clean-up efforts! 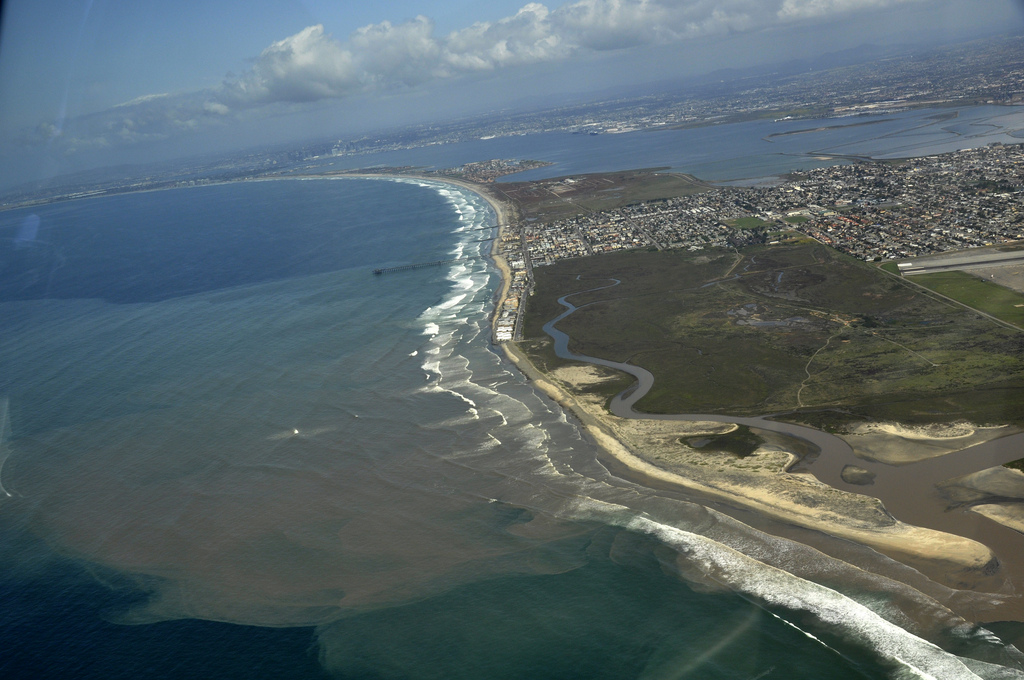 This total lack of federal or state assistance is making the Surfrider San Diego County chapter and area beachgoers desperate for a solution. The complexity of transborder issues and  jurisdiction, however, complicates outreach and accountability. In response, the San Diego County chapter has posted an open letter on their website with a list of actions that need to be taken to solve the problems created by sewage and trash flowing out of Mexico along the Tijuana River and into the Pacific Ocean. Responsible agencies include California State Parks, the U.S. Environmental Protection Agency and the U. S. and Mexico International Boundary & Water Commission (IBWC).

Additionally, the public needs – immediately – a champion, an elected official who will make it their mission to hold the IBWC accountable, secure state and federal resources for clean up efforts as well as infrastructure improvements, and lobby to maintain EPA funding for the Border Water Infrastructure program. Stay tuned to the San Diego Chapter’s website for ways you can pitch in and help Surfrider address this problem.

The Tijuana River has historically been notorious for trash and sewage in the San Diego area, but the February raw sewage spill into the Tijuana River was by far the largest in over a decade. Sewage discharges from Mexico into the Tijuana River Valley have long created an emergency situation that is threatening public health, wildlife and the environment. And even though border sewage has become a crisis this spring, it has been a chronic problem for over a decade. For example, Imperial Beach in San Diego is closed to swimming at least 20 percent of the year – that’s at least one beach closure every five days. And pollution brought to the beach by the Tijuana River accounts for anywhere from 80-95 percent of all annual beach closures in San Diego County.

Learn more about the causes and history of this problem in this video.

To address the pollution problems that the Tijuana River is bringing to our coast, the San Diego County chapter began its No Border Sewage campaign nearly 10 years ago and helped form a network of like-minded organizations called the Tijuana River Action Network to restore the Tijuana River Watershed and lessen its impact on our border region beaches and ocean through education, stewardship and policy action.  Learn more about the San Diego’s No Border Sewage campaign on the chapter’s website and, if you are in the area, attend their next meeting on June 12 at 6:30pm at the Imperial Beach Library.