Environmental racism is not a new phenomenon, but due to the recent increased visibility of the Black Lives Matter movement, it may finally get the mainstream attention it deserves. Environmental racism often refers to the excessive impact that environmental hazards, such as plastic pollution, have on Black, Indigenous, and People Of Color (BIPOC) in this country. This imbalance calls for urgent anti-racism action in order to bring about environmental justice.

Speaking specifically through the lens of the plastics problem, environmental racism occurs at a number of junctures. Let’s start by first addressing where plastic comes from. 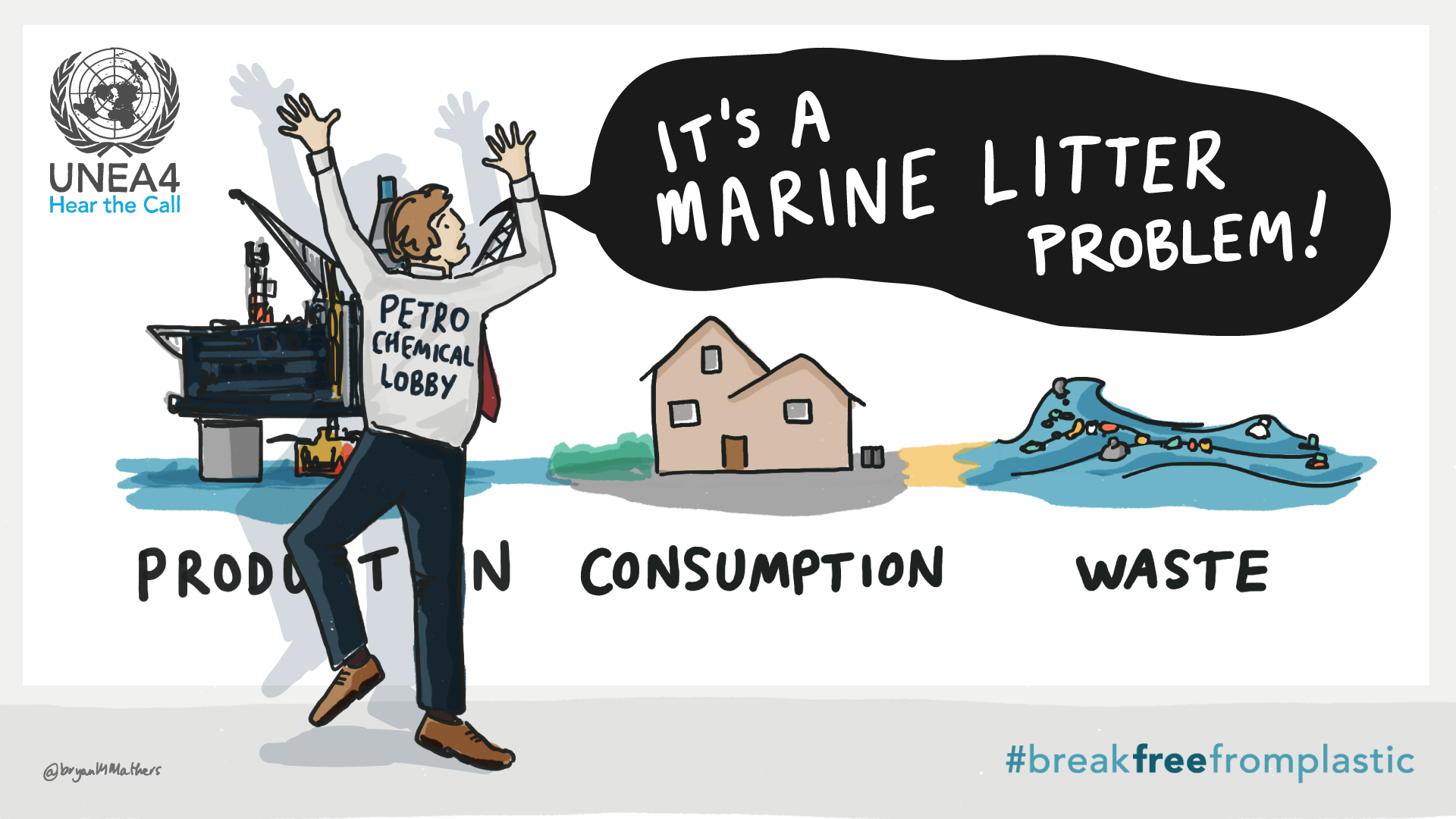 Plastic starts in the ground as a fossil fuel usually a mile or two beneath the surface. In order to reach it, the fossil fuel industry drills into the ground and injects a mixture of water and chemicals into the rock, forcing the oil to be released. This process, known as fracking, presents a number of potential hazards including groundwater contamination. That’s not surprising considering the drill passes straight through the water table and the wastewater is usually dumped nearby. This Beachapedia article explains the dangers of fracking in more detail.

Next, there’s the pipelines that carry the oil from the pump to the refinery. Pipelines destroy land in order to be placed into the ground and often result in leakage over time, or worse, rupture. Ruptures can result in dangerous fires that have a history of killing people and destroying homes. You can learn more about the risks of pipelines here. As outlined in a report by the Center for International Environmental Law, the oil refineries and ethane cracking facilities that transform oil into gas and gas into plastic resin release large amounts of toxic chemicals into the air, polluting the surrounding community. This results in a slew of health problems for local residents including cancer, cardiovascular and respiratory disease, and childhood leukemia. The report also raises the important connection between plastics and the climate crisis, as plastic refining is one of the most greenhouse-gas-intensive industries.

Importantly, these sites disproportionately affect BIPOC communities, as these studies from Texas and Pennsylvania clearly show. The industrial practices that systematically reinforce environmental racism remain ongoing. Currently, Formosa Plastics is constructing a new facility in Louisiana’s St. James Parish – where 87% of the residents of the 5th District, where Formosa is building, are Black. The construction not only threatens the health of residents, but it would also desecrate the burial site of enslaved African Americans. Join the effort to #StopFormosa to prevent the lasting, disastrous and widespread implications of this project. Watch the video here.

These families who are forced to live on the frontlines of Big Plastic’s polluting agenda are referred to as fenceline communities. They are given no voice in the corporate decision-making process and often receive serious threats when they try to fight back, as demonstrated in The Story of Plastic. The increased health risks of living near a plastic production site, mainly poor air quality of which Black people bear a “pollution burden” of 56% (excess exposure compared to consumption), also contributes to the death rate of COVID-19 being three times higher for Blacks when compared to white people.

Let’s move on to the consumerism portion of how plastic burdens Black people. We can start by analyzing the toxic cycle of extraction to market, resulting in more extraction. The fossil fuel industry produces the raw material from oil and sells it to corporations in order to make their products and packaging. Then, when we buy their products, it creates a demand which indirectly supports the extraction of fossil fuels and corresponding pollution of BIPOC communities to make more of that product.

These products gain traction in underserved communities due to the artificially low sale price of plastic. Since the cost does not account for the environmental damage it requires to be produced, it can be brought to market at a disproportionately low rate. This is further distorted by billions of dollars worth of taxpayer subsidies and huge government bailouts. The simple act of using a plastic product puts the consumer at risk due to the toxic chemicals that can transfer from plastic into our food, water and air, as well as the presence of microplastics that easily enter our bodies. To better understand these health risks, you can read our blog post titled, “Choose Reusables to Avoid Consuming Chemicals.”

As elaborated in The Washington Post, from discrimination in their hiring processes and a lack of diversity in senior leadership positions, to racial pay bias and discriminating against customers, systemic racism runs deep in some of America’s largest corporations. This is powerfully demonstrated in the documentary 13th. The film illuminates how ALEC, the American Legislative Exchange Council, has pushed for racist and white supremist policies for years. ALEC brings together conservative lawmakers and corporate lobbyists to create model legislation which is used across the country. As outlined in a report by the Center for Constitutional Rights, “conservative and corporate interests have captured our political process to harness profit, further entrench white supremacy in the law, and target the safety, human rights and self-governance of marginalised communities.”

As we know, ALEC is also behind many container preemption laws which block any local legislation that would aim to restrict the sale of single-use plastic. The environmental movement and social justice movement often share the same enemies. Therefore, our efforts and energies should be united under the more inclusive banner of environmental justice.

After your single-use plastic item is used for an average of a mere 12 minutes, it is disposed of in either a landfill, incinerator, the environment, or least likely, a recycling facility. Both landfills and incinerators come with hefty environmental tolls. Most of our trash heads to a landfill where it will sit for hundreds of years, all the while releasing toxic methane into the surrounding area. According to the EPA, there are at least 564 operational landfills and 480 candidate sites as of March 2020. Since as early as the 1960s, predominantly BIPOC communities have been targeted as sites where it has been acceptable to dump our trash. 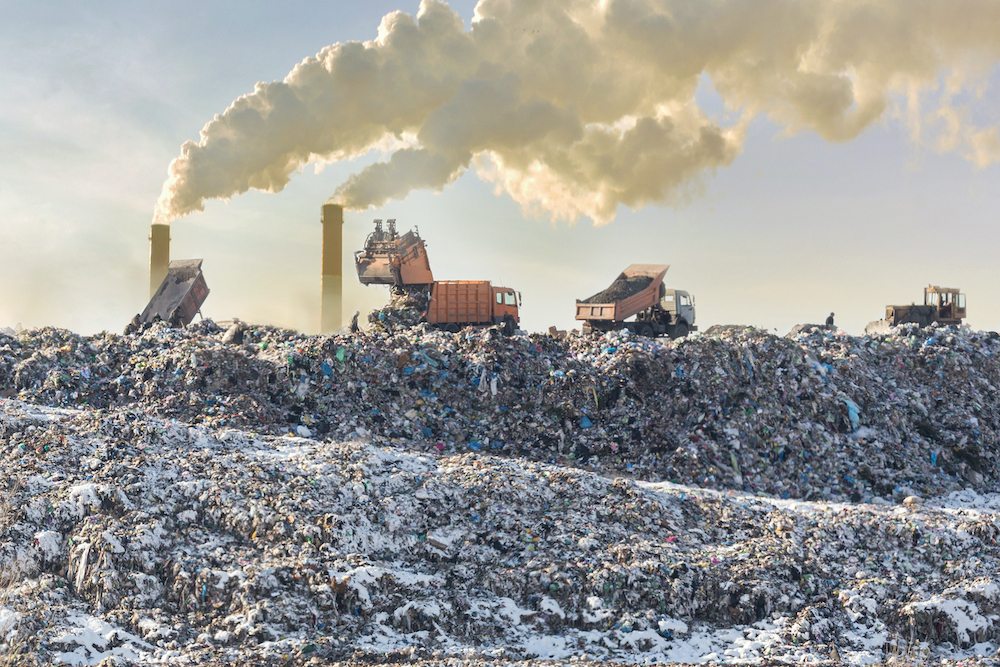 The NRDC has archived these facts and the fenceline community-led resistance to these landfill developments, including the first documented arrests due to protesting a newly constructed site that occurred in Warren County, NC in 1982. Six weeks of nonviolent marches and protests were met with 500 arrests; but despite this unified, grassroots effort, ultimately the community lost and the landfill was used as a toxic waste dump. Another more recent example can be found at the Arrowhead Landfill in Uniontown, AL, where about 90% of the population is Black and half of the town lives below the poverty line. This landfill contains toxic coal ash and the citizens have experienced a corresponding increase in breathing difficulties, mental health issues, and cancer. The Guardian presents the details of this civil rights case that was ultimately dismissed by the EPA.

Even worse than landfills, incinerators often carry deadly consequences for BIPOC Americans. A 2019 report from the Global Alliance for Incinerator Alternatives (GAIA) found that 79% of the 73 incinerators in the US are located in BIPOC communities. Burning plastic is not only expensive due to the high costs to maintain and operate incinerators, it also releases heavy metals like lead and mercury directly into the air. This is a major human health risk and results in increased cases of asthma, cardiovascular disease and resulting mortality.

While reusable products may have a larger upfront cost to purchase, they will last much longer and save on resources over time. Wouldn’t our energy and financial resources be put to better use developing a new system based on reusables that is affordable and accessible by all? 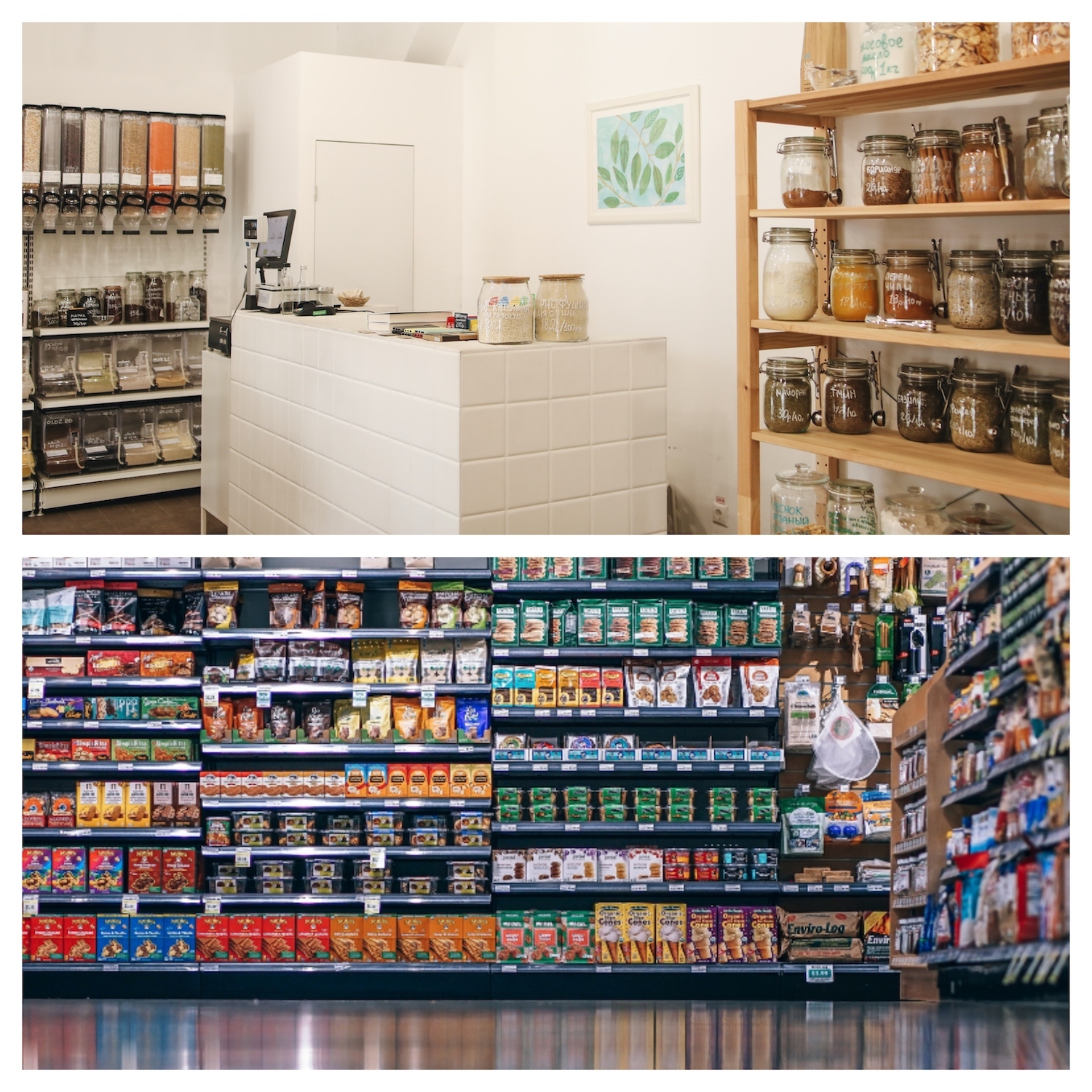 Although a transition to reusables is our best way out of the plastic pollution crisis, it is unfortunately not yet an equitable solution. Reusable items do cost more initially and require an investment in both the items and the washing capacity. In addition, zero waste and refill shops, or “refilleries,” are not yet widespread due to the higher risk of opening and BIPOC communities are less likely to have a local shop. Costs at refilleries are also inflated right now due to a lack of demand. We must prioritize these businesses through economic incentives and shift our buying habits before they can reflect the true cost.

While promising models of consumer-based reuse are starting to pop up around the country, we still have a long way to go before these are widely available. That’s why the Surfrider Foundation, united with #BreakFreeFromPlastic members from around the world, is supporting these 5 Principles for a Just Recovery:

Environmental racism is deep-rooted in the issue of plastic pollution - from production to consumption to disposal - and it’s easy to feel overwhelmed by this magnitude of injustice. That’s why we must meet the challenge with equal strength as a united front for environmental justice and essential human rights.

June 19th represents Juneteenth, a day to honor Black freedom and Black resistance. Join the NAACP and your local social justice groups by participating in a weekend of action.

You don’t have to do anything extreme, but you need to do something. As Dr. Ayana Elizabeth Johnson so eloquently wrote for The Washington Post, “I need you to understand that our racial inequality crisis is intertwined with our climate crisis. If we don’t work on both, we will succeed at neither.” And since plastic pollution is a climate issue, we must address systemic racism if we are to make the progress needed to finally put a stop to Big Plastic. Join Surfrider in stepping up, in whatever way you can, to work towards a more just future both for people and the planet.