In Surfrider Foundation's 32 year history of fighting for coastal protection, the organization has also focused on securing and using the right to beach access in California.  As our 20 Chapters in California know, the mission of the organization is the "protection and enjoyment of the ocean, waves and beaches."  The "enjoyment" prong of Surfrider's mission means that the organization encourages people from all walks of life to get to the beach, play in the waves, and in turn, create a conservation ethic that will last for generations to come.  This article describes how Surfrider Foundation has helped visitors to California's coast gain accessways to the beach, access along the beach, and has encouraged youth and inland communities to enjoy our treasured coast.

Opening Pathways to the Beach

When gates go up, the might of Surfrider's grassroots network comes out even stronger! Through the Coastal Act and California Constitution, the law is highly protective of opportunities to access the coast, especially where there is a proven history of public access on a particular trail. Surfrider helps enforce these strong laws starting with the grassroots level. For instance, in 2012, the Ventura County Chapter embarked upon a campaign against Venoco oil company for blocking trail access to "Fruitstands" surf break at McGrath State Beach in Oxnard, CA. After working through the County and Coastal Commission, the chapter was successful in restoring public access in April 2014.

The Surfrider Foundaiton is also familiar with court battles to protect access rights around the nation and in California.  Most recently, the Strands Beach Access litigaiton against the City of Dana Point ended with a settlement agreement in the spring that rescinded an ill-begotten permit from 2010 for gates and restrictive hours on public access.  After almost six years of litigation and the City's fourlosses in court, the City realized that the only way to put this issue to bed was to allow for the ample public access that the coastal plan approvals for this development intended.  The settlement agreement ensured that there will be access from 5am until 10pm on the Mid-Strand and Central Strand accessways, which were at the heart of the controversy.  It also guarantees public access on the South Strand Switchback Trail and on the lower Strand Revetment Walkway to be open for 24 hours a day, and finally, it creates a ocean education program focused on getting Title I school children to the beach, as mitigation.

Another priority campaign for the Surfrider Foundation is to Open Martin's Beach access in Half Moon Bay, CA.  This beautiful beach has been accessible to San Mateo County residents and visitors for generations, and indeed, is a landmark woven into the fabric of the local community.  Unfortunately, in 2010, the new propertyowner and billionaire ventura capitalist, Vinod Khosla, locked the gate to the beach road, erected signage and hired security guards to exclude the public from the only access road.  In 2012, Surfrider Foundation helped to successfully defend the Martin’s 5 surfers who were ticketed for trespassing when they went to surf.  In 2013, Surfrider Foundation sued the property owner for this violation of the California Coastal Act.  And in 2014, we received a favorable ruling from the lower court, but Khosla swiftly appealed.  Most recently, Coastwalk and the California Coastal Commission supported Surfrider in the appellate suit, and we are awaiting a hearing date.  As one self-described "not an activist or a conservationist..just a Mom" and visitor to Martin's Beach for decades, Terry Louwerens, recently said "Let us have access to our little piece of heaven so that we can share it with generations to come."

In addition to being able to access a vertical path to the beach, we also want to ensure that the public can walk horizontally along the coastline, which is increasingly difficult with rising seas and narrowing beach width.  Sea level rise on California's coast is projected to rise five to twenty-four inches from 2000 to 2050.  The California Coastal Commission reports that one foot of sea level rise corresponds to 50 to 100 feet of beach loss.  The rising tides and corresponding loss of beach are very problematic for public access when a hardened structure, like a seawall or rock revetment, essentially cause the sandy beach to disappear, at least at high tide. Broad Beach in Malibu is one hot spot where sea level rise and erosion are cutting off horizontal public beach access along the beach since the back of the beach is "fixed" by a row of private houses and corresponding revetment.  The Surfrider Foundation has remained engaged in this issue to advocate for maximized beach access opportunities to the public.  Additionally, the Surfrider Foundation has been engaged in the stakeholder process and litigation for the Solana Beach seawall issue, arguing that the City and Coastal Commission should have the right to regulate the implementation of seawalls since these structures destroy the scenic characteristics of the coast and eventually limit or destroy access to the beach.  Surfrider has also engaged at the California Supreme Court in order to protect California beaches from the harms of seawalls.

Up to 60% of youth say that they do not have adequate access to nature, either because of transportation or lack of opportunities nearby to experience nature.  However, given the opporutnity, children are twice as likely to prefer spending time outdoors and thereby more likely to express concern for their environment.  The Surfrider Foundation chapters recognize that children love the beach and 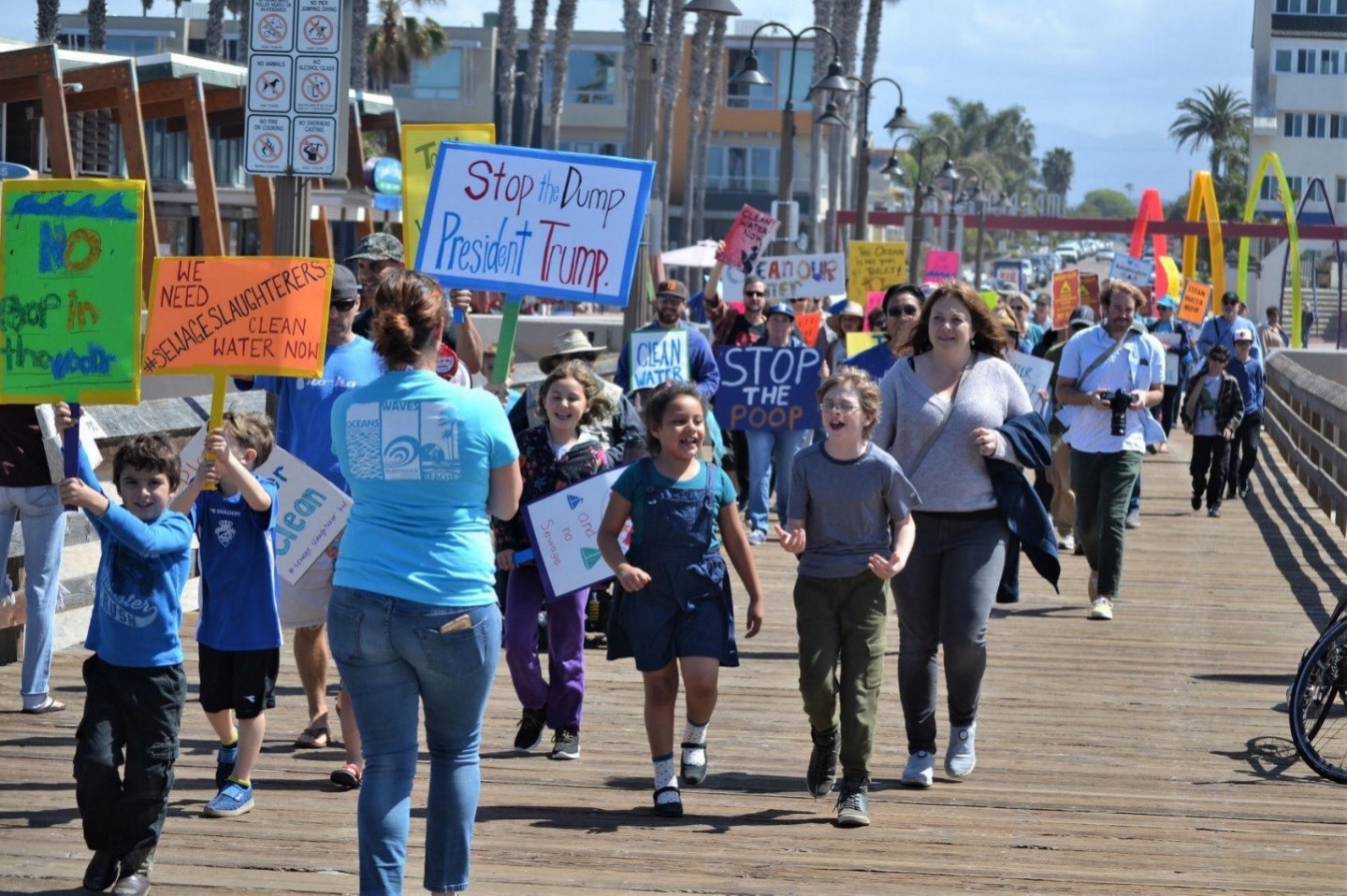 have worked hard to create opportunities for youth and low-income communities to reach the beach and experience the wondrous coastline that should be open to everyone.  Most recently, the West LA/Malibu Chapter teamed up with StokeShare to teach kids in the program how to surf and began cultivating future ocean advocates over two weekends in Venice Beach, California this summer.  The San Diego Chapter is also holding a program with Stoked Mentoring this Saturday "to inspire teens who are the most vulnerable to believe in themselves through action sports." Finally, Surfrider has had a youth outreach program in place since 2008 to establish Surfrider Clubs in high schools and college.  These clubs, in keeping with Surfrider's mission, focus on education about coastal resources, as well as enjoyment of the environment.

Overall, Surfrider is fighting for access to the treasured California coast on many levels and with the full force of our network! To join in these efforts, check out your local Chapter.