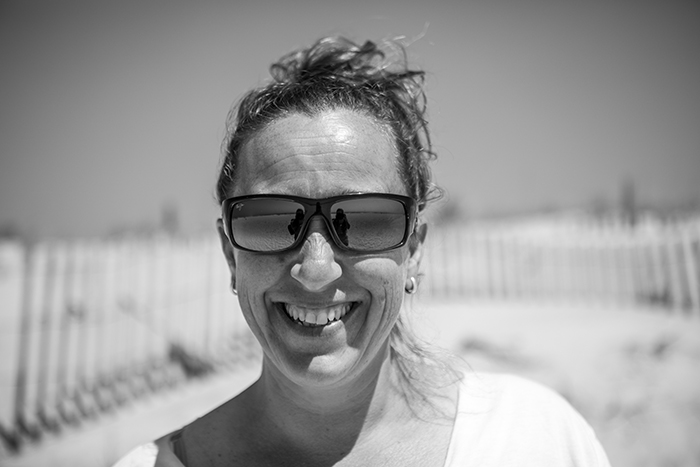 As an artist growing up and still living in the small seaside community of Hampton Bays on the eastern end of Long Island, I have been granted a gift of endless inspiration and salt water running through my veins. I grew up swimming, snorkeling, fishing, shell fishing, kayaking, body boarding, adventuring and treasure hunting the miles and miles of water ways and shorelines of Hampton Bays and the surrounding area. There was always so much to learn, see and do at the beach or in the water.

When I was a teenager back in the mid-late 1980’s, our area, along with many other North East coastal waterways, experienced the adverse effects of tidal blooms. We had a devastating brown tidal bloom and our local bays and ecosystems were starting to perish. There was not enough light getting through to the eelgrass, which is a primary spawning and nursery ground to many local fishes and shellfish. Much of the eelgrass died off along with millions of shellfish, having a negative effect on our local economy. This was of great concern to my community and me and we started to learn about the effects of fertilizers and septic systems on our water quality and the ecosystem.

Move forward to the early 1990’s when I came across an article about Surfrider Foundation and their mission to hold people accountable for their actions, such as pollution of our global waterways. I became a member and would do so on and off over the next 20 years.

In 2006 when my youngest of three children was the only one not in school, we started exploring the miles and miles of Eastern Long Island’s coastline. We were on a treasure hunt for inspiration, photographs, driftwood, and beach glass to use in my artwork. We would also pick up whatever plastic debris we could carry. As time went on we were continuing to find more and more plastic debris washed ashore or from overflowing trashcans. Feeling overwhelmed, I started photographing and posting the trashy photos on Facebook which led me to reaching out and organizing multiple clean ups every year.

Sometime around 2008 I started messing around with pieces of plastic debris in some of my artwork and would eventually create several large sea mammals from found plastic marine debris.

Through many years of creating and selling local artwork, I have gathered a bit of a following within my community that has helped open up doorways of opportunity for me and has helped propel the message of the adverse effects of single use plastics.

In June of 2016, I received an invitation to attend Surfrider Foundation’s Eastern Long Island Chapter’s monthly meeting from a friend, Tom Naro ( ELI’s Chapter Treasurer), with a plan for me up his sleeve! I attended the meeting and renewed my membership that night. During the November 2016 chapter meeting, I was nominated and elected the Volunteer Coordinator for our chapter!

Like all coastal communities, Eastern Long Island’s economy and tourism is driven by the beauty and bounty of out local waterways. If there is great harm and damage done to our beaches and waterways our local economy will be destroyed.

Some of the issues that are adversely affecting our ocean, waves, and beaches are water quality, marine debris, solid waste management policies, single use plastics, the threat of offshore drilling and the revetment of the Montauk Lighthouse.

Since becoming a committed Surfrider volunteer, I have been involved in our Rise Above Plastics program. I have helped organize our Strawless Summer Campaign and have personally encouraged several local restaurants and the Hampton Bays Middle and High School to eliminate plastic straws!

I have sat in on several Southampton Town meetings, encouraging the town to review and revise their current waste management policies to clean up and help prevent future litter from entering our waterways and local environment.

I have also helped to organize several beach cleanups over the last 18 months and used some of the debris we gathered to create a marine debris parade float.

The highlight of my Surfrider experience so far has been the creation of our marine debris parade float. During our December 2017 chapter’s executive committee meeting, our Member at Large, Stephen Mahoney, brought up the idea of creating a parade float to get increased attention to our chapters campaigns and programs. He had no idea I had been dreaming up ideas of a marine debris parade float for at least a decade! I voiced up and said I wanted to put forth a proposal for a marine debris float. Once my sketch was approved, I moved forward in signing us up for three St. Patrick’s Day parades on the south shore of Eastern Long Island.

I threw some ideas down on paper and worked out how I was going to construct a eight by sixteen foot float in my garage during the coldest part of a Hampton’s winter. I created the float like a 3D puzzle built up on six pallets with removable parts. I wanted us to be able to easily use parts of the float for educational purposes after the parade season was over.

The float, which consisted of King Neptune’s torso, his trident, a turtle named ELI for Eastern Long Island (made of balloons and plastic straws), a duck name Waddles (made from shot gun wads and shells), a narwhal (made of bottle caps and plastic fragments), and many motivational and data signs brought lots of “ohhhs,”  “ahhhs” and “wows!” Not only did we turn lots of heads with our trash float, but we also won first place in all three parades, bringing home trophies and awards!

I am super proud and stoked that our marine debris props like ELI the turtle are still making the rounds in our local schools encouraging thoughts of change in our daily practices that include single-use plastics. 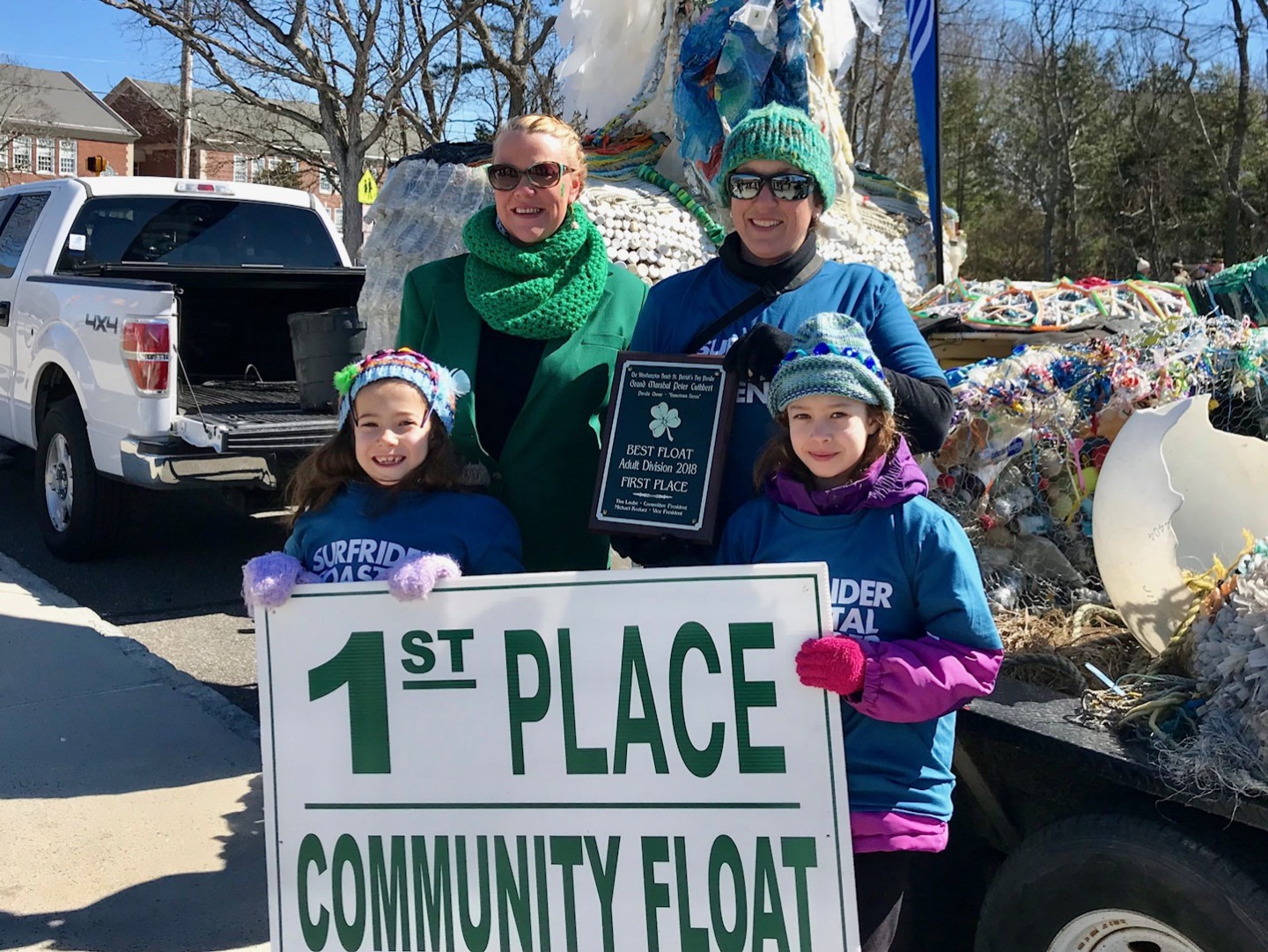 Anyone that is a lover or patron of any of the world’s waterways and beaches will greatly benefit from volunteering and/or supporting Surfrider Foundation. All of our waterways and ecosystems are connected and we need to protect and clean up what we have - and Surfrider is an easy and often fun way to get involved in making a difference.

My love and passion for the beach, waterways, and all those who inhabit it combined with likeminded individuals who strive to make a positive difference is why I am a Surfrider Coastal Defender.

We need to all start taking steps backwards and thinking and acting like we did before we entered into the single-use plastics epidemic. Yes, there are some kinds of single-use plastics that are priceless when it comes to the medical field and saving lives, but our human desire of an easy fast paced, and convenient life style is taking a toll on our planets health as a whole. If there are sustainable alternatives to any single use plastic items that we use, we need to seek them out and put them to use.

Small consistent steps of change or giant leaps of change will both move us forward to a better tomorrow for our children.

Do you really need to buy your water or other beverages in a plastic bottle with a plastic cap? Seek alternatives for Mother Earth, all of the inhabitants, including you, are relying on it.

Plastics the most inconvenient convenience. 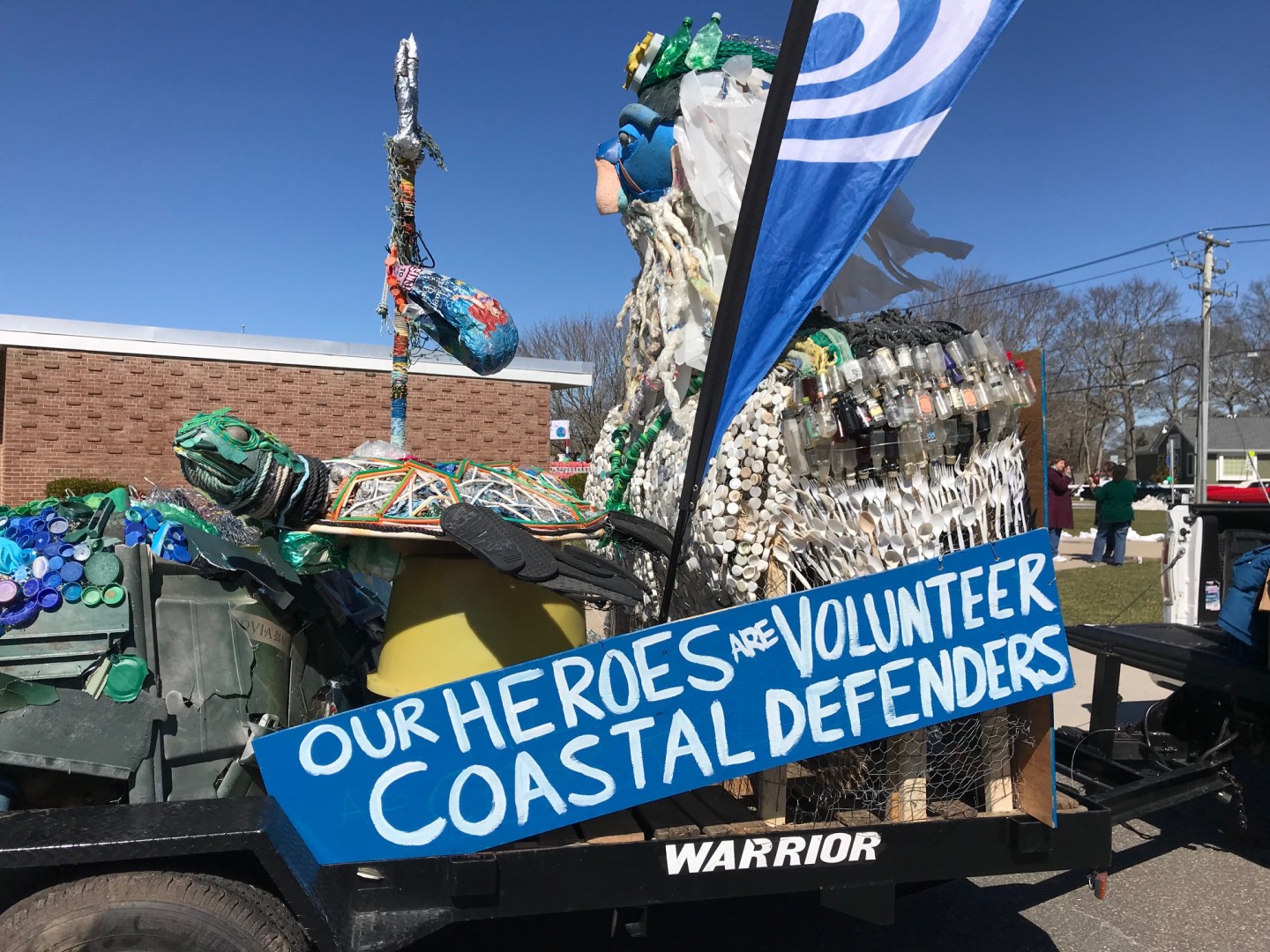