Growing up in Northeast Pennsylvania, trips to the beach were few and far between. But something told me I loved it there. Every summer I looked forward to a family vacation where I would spend the week on the sand. As time went on, my admiration for the ocean and beach life cultivated. I took up surfing and found just about any reason to get to the beach. I eventually moved to Philadelphia. In doing so, I knew one of the best perks was how much closer I was to the Jersey Shore. But the more frequent my trips became, the more I learned just how neglected the oceans really were. I wanted to help change that.

A few summers back, I attended my first beach cleanup in Point Pleasant. It was there that I fell in love with the environmental activist culture. Following the cleanup, I wanted to get more involved. I did some brief research and stumbled upon the Surfrider Foundation. From past victories to new missions, everything about the foundation resonated with me. December 2017, I filled out my first membership form and attended my first chapter meeting. 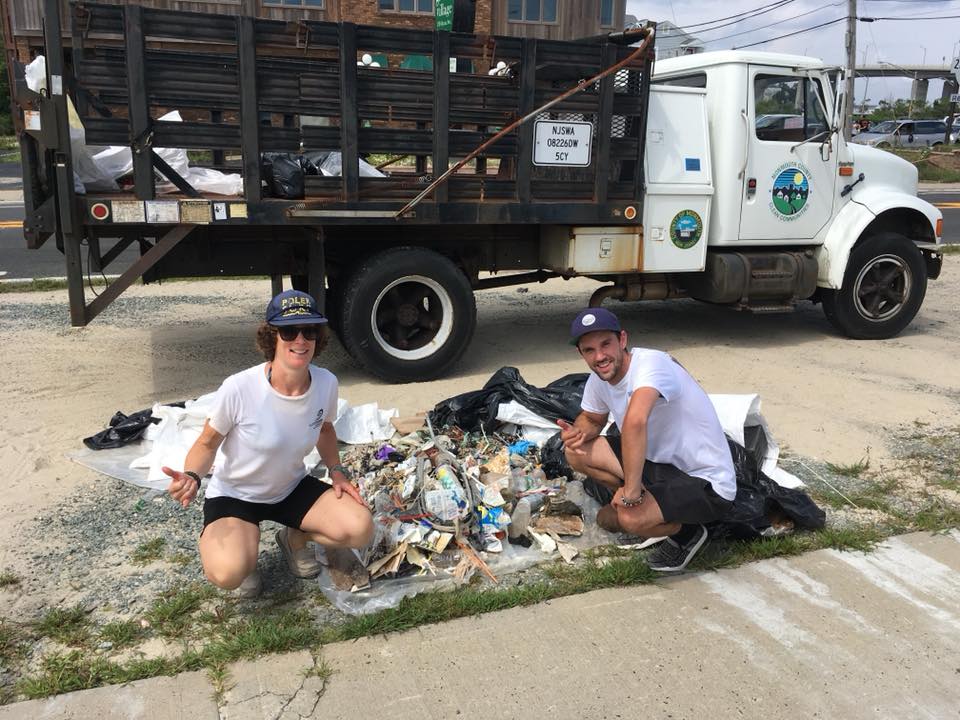 New Jersey has been fighting environmental battles for quite some time. Poor sewer and storm water systems, plastic pollution, offshore drilling, poor air quality, rising sea level, beachfront development, the list goes on. These problems have solutions but, most are costly and incredibly time consuming. New Jersey took a huge step about a month back passing the “Public Access Bill” which protects public access. The Jersey Shore chapter along with other environment organizations and activists have worked hard over the last four years to see this legislation passed.

New Jersey also currently has a piece of legislation on the table that could set a major precedent on the fight against plastic pollution. The bill would ban plastic straws, foam take-out containers and plastic bags, and include a fee on paper and reusable bags. Should the bill pass, it would be the strongest in the nation. We are currently working on collecting location specific data and pictures to share through social media and with elected officials in hopes we can see more co-sponsors of the bill. 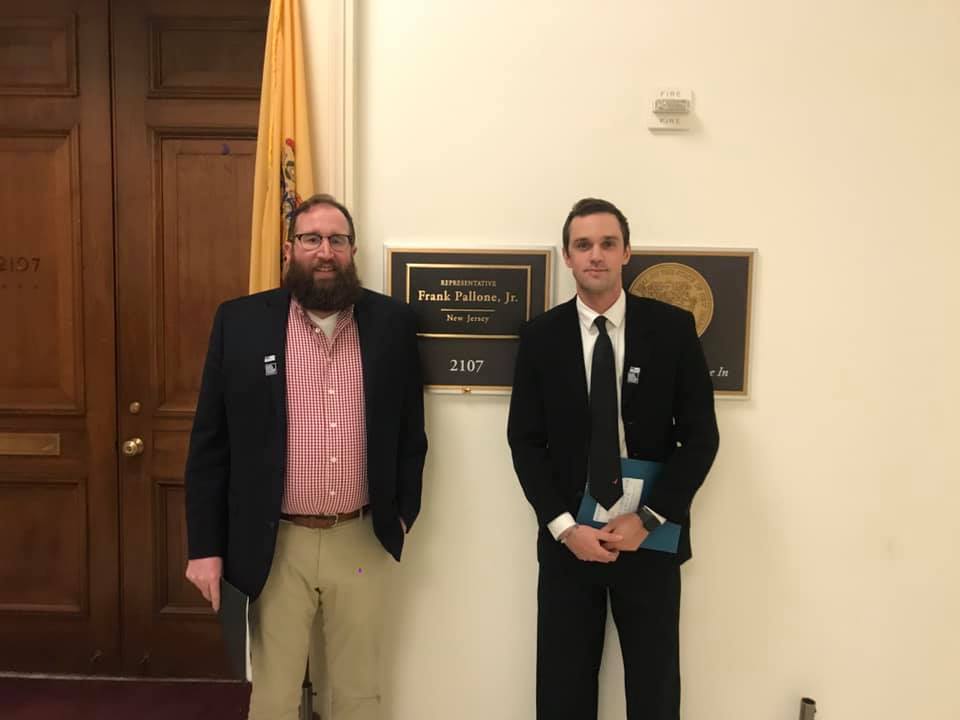 My biggest interest coming in was clean beaches and plastic pollution. If we’re not at the point of halting plastic production, how can we at least minimize the amount that makes its way into the ocean? Or how can we take it step by step and introduce plastic legislation in individual municipalities? My second month of being a Surfrider member I started working on my first beach cleanup as the Cleanup Coordinator. That was my main focus through 2018 with one cleanup a month scheduled. At this point, we started really focusing on data collection. It took me a little time to really understand how crucial that data is. One a month sounded like a lot at the time but looking back on it, I wish I put my head down and tacked on a few more.

Aside from cleanups, I was given the opportunity to coordinate volunteers at the first ever Sea Hear Now Festival in Asbury Park. The festivals media group initiated a program called Rock and Recycle where festival goers were given the opportunity to collect recyclables in a bag in exchange for rewards. I was in shock at how receptive the program was. Imagine a 2-day music festival without plastic cups and beer cans scattered all over the site. Wild stuff. 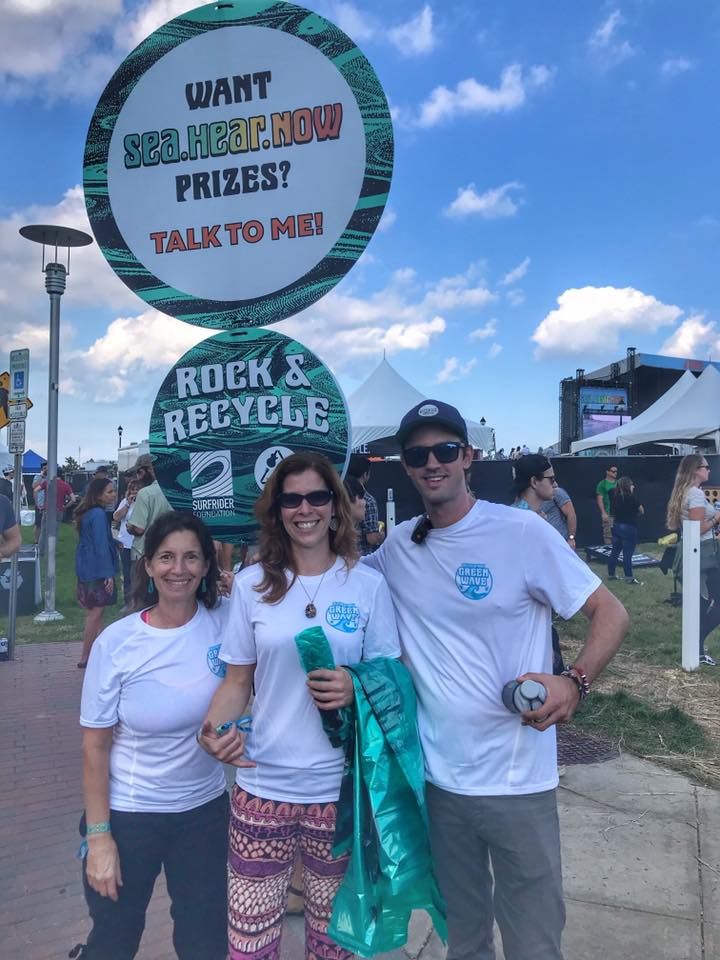 In my short time with the Jersey Shore Chapter, I’ve been a witness to some great campaigns and victories. My biggest personal highlight was the first cleanup I organized February 2018 in Asbury Park. I was still new to the chapter and had absolutely no idea what I was doing when it came to beach cleanups. I spent weeks preparing for the event and putting all the pieces together. Leading up to the cleanup there was a lot of anxiety. It wasn’t so much that I was worried about anyone’s thoughts on the event but more so how the event would turnout because I had never done something of the sort. On a cold and rainy Saturday morning in February, volunteers shuffled in excited and ready to clean the beach. With close to a hundred volunteers, we picked up almost a thousand pounds of trash that morning. It was pretty inspiring. All I could do was stand back in awe and take it all in. In the grand scheme of things, this was such a small milestone but for me it really restored my faith a bit. Here I am worrying “are people really going to give up their Saturday to come clean the beach in the rain?” And sure enough they did. People really care and it showed that morning. That cleanup set a precedent for the year and really kicked off our data collection. We pulled in some serious numbers that were incredibly useful helping Asbury Park with their most recent plastic bag ban.

Become a member. Get involved. And if you’re thinking about doing either, do them both! The Surfrider community is filled with like-minded, dedicated and passionate activists working towards healthier oceans and beaches. The stronger we are in numbers and drive, the more we can accomplish.

The beach is my safe haven. Having spent so much time there and enjoying everything our oceans have to offer, I feel like it’s my obligation to protect what I love. I want marine life to thrive. I want the next generation to be able to enjoy the ocean as much as I do. 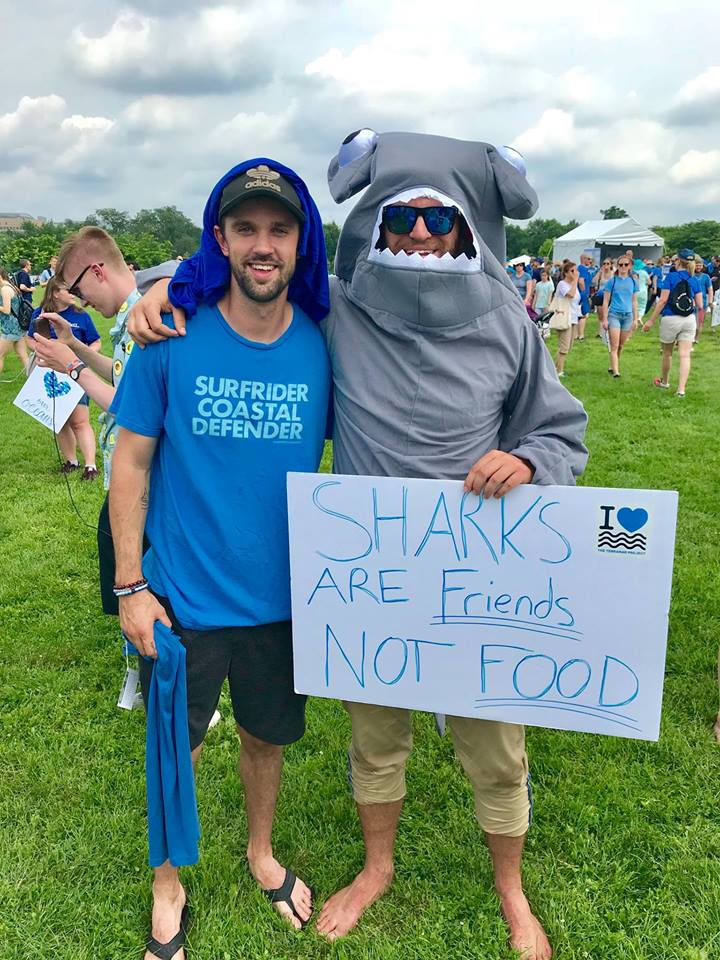 Stay far, far away from single-use plastics. Research alternatives. Preach it to everyone you know even if they don’t want to hear it. If you are sick of seeing plastic pollution everywhere in your hometown, tell your elected officials you want to see a law introduced. Present ideas to your local council and environmental organizations. The worst outcome is they say no. And if you find yourself at the Jersey Shore, let’s get together for a coffee at a local OFR and share ideas.