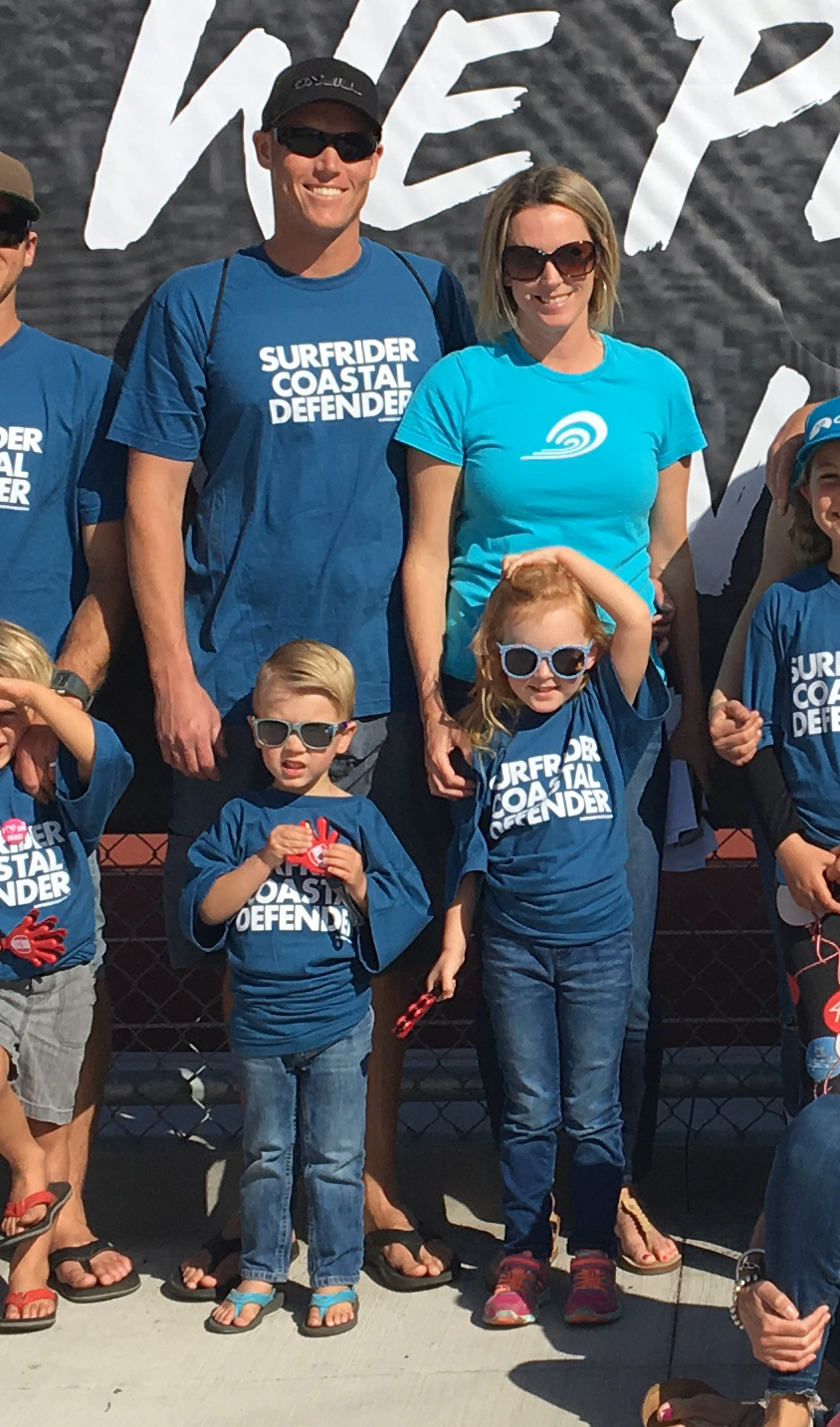 Last February 2017, my home beach, Imperial Beach, was the victim of one of the largest sewage spills in recorded history. Over 140 million gallons of raw sewage from Mexico spilled on to our beaches for over two weeks without any notification. Myself, along with some of my friends, formed the South Bay Clean Water Movement (SBCWM) - we started off as a local group of moms raising awareness about the spills that had been plaguing our beaches for way too long. We had had enough! In 2017, we spoke at numerous City Council meetings throughout San Diego County, organized a march for clean water, and held 13 letter writing drives to raise awareness and rally the community. We delivered over 3,600 letters to local, state, and federal elected officials.

Additionally in the last year, I learned more about the Surfrider Foundation and decided to become a member. I paddled for clean water at the 26th Annual event in Ocean Beach and was one of the top fundraisers. I started attending the No Border Sewage (NoBS) Program monthly meetings and got more involved with the NoBS campaign. Their mission really aligned with our SBCWM mission and when we were asked to join forces with NoBS in 2018, myself, Bethany Case and Carrie Jiampa from SBCWM gladly accepted our co-chair positions!

The beaches of Imperial Beach and Coronado have been affected by cross-boundary sewage spills, toxic/chemical waste, and plastic pollution for nearly three-quarters of a century. This is a pretty well-known issue (at least in the South Bay); however, an issue that is less talked about, but still a major concern for our area, is sea level rise. The southern end of our Imperial Beach coastline continues to be negatively affected by sea-level rise. In 2012, our beach was used for a sand replenishment project, but we are already seeing areas where the sand has washed away.

The No Border Sewage Program is the first Surfrider program that I have worked on. I am also learning about the Blue Water Task Force since water quality testing goes hand-in-hand with our transboundary sewage issues.

In a short period of time, I have met some of the most amazing, compassionate, inspiring, ocean-loving people in a tight-knit, like-minded community - it’s awesome!! It’s hard to pick just one because every event that we’ve in engaged in with Surfrider so far has really been a highlight for me. Watching the residents of our community and Surfrider members join together, along with the Mayors from Imperial Beach and Coronado, for our 2nd Annual March for Clean H2O was so inspiring.

Through Surfrider and the Border Patrol, we’ve organized monthly tours of the Tijuana River Valley. We have been able to take people behind-the-scenes and show them the eye-opening severity of how our environment is suffering from the transboundary pollution and just what our Border Patrol has to deal with on a daily basis.

We’ve also been able to reach out and raise awareness beyond just the South Bay since we’ve become involved with Surfrider by being featured at events throughout the county. A personal favorite of mine is collecting stories for our monthly #mycleanh2ostory - this is a first-hand account written by local activists on how the water quality issues have affected their lives. We are able to share their stories through social media and the Surfrider network.

We are a grassroots organization made up mostly of volunteers. Anyone with a love for the ocean and coasts can volunteer, no matter how big or small of a contribution you want to make. It all helps and truly makes a difference!

I love the beach. My family loves to surf and play at the beach. I am originally from Canada, but my husband and his family have lived in Imperial Beach and have been dealing with the sewage issues since the 1950s. I will do all I can to prevent my children from having to deal with this for their lifetimes as well. We all deserve clean water and healthy beaches.

While these sewage and toxic spills are detrimental to the Imperial Beach, Coronado and surrounding communities on both sides of the border, so much more is at stake. Our wildlife is suffering. We have the Border Patrol protecting the border in this pollution. We have our Navy Seals training in the dirty water. We have Imperial Beach and San Diego lifeguards and firefighters rescuing people from the filth. This is a binational toxic water crisis that needs to be resolved once and for all. Myself and my amazing co-chairs will continue to fight for clean water!

You can stand with us and demand Clean Water Now! To make a change, please consider donating to my fundraiser. You can also take action by by telling your federal leaders to protect ocean waters from border sewage or donate directly to the Clean Water Now! Campaign. 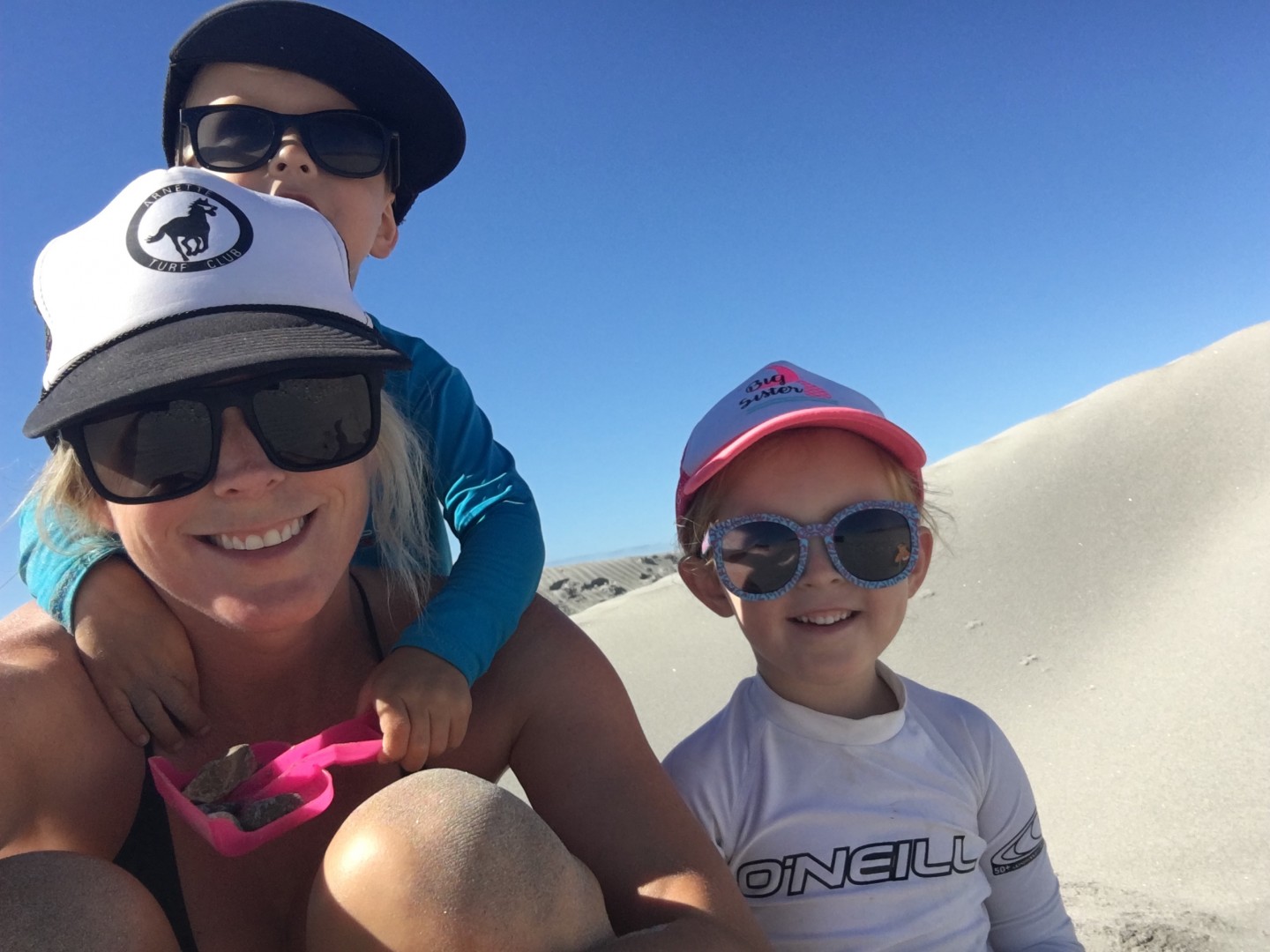