Q: What is your current role with the Surfrider Foundation?

I have on a few different hats within Surfrider! Currently, I am the Justice, Diversity, Equity and Inclusion (JEDI) Coordinator for the O'ahu Chapter. I am also a part of the network's JEDI Engagement committee, which is focused on increasing inclusive engagement within the organization and with other groups. In addition, I am a member of the Surfrider Student Club Leadership Council and was the chair of the University of Hawai'i at Mānoa Student Club.

I was first introduced to Surfrider when I was in high school, when the environmental club I was a part of applied to be a Surfrider student club. After I graduated high school and was about to attend the University of Hawai'i at Mānoa (UHM), my teacher told me about the student club at UHM and strongly encouraged me to join. I was super stoked on environmental work, so it was a no-brainer! 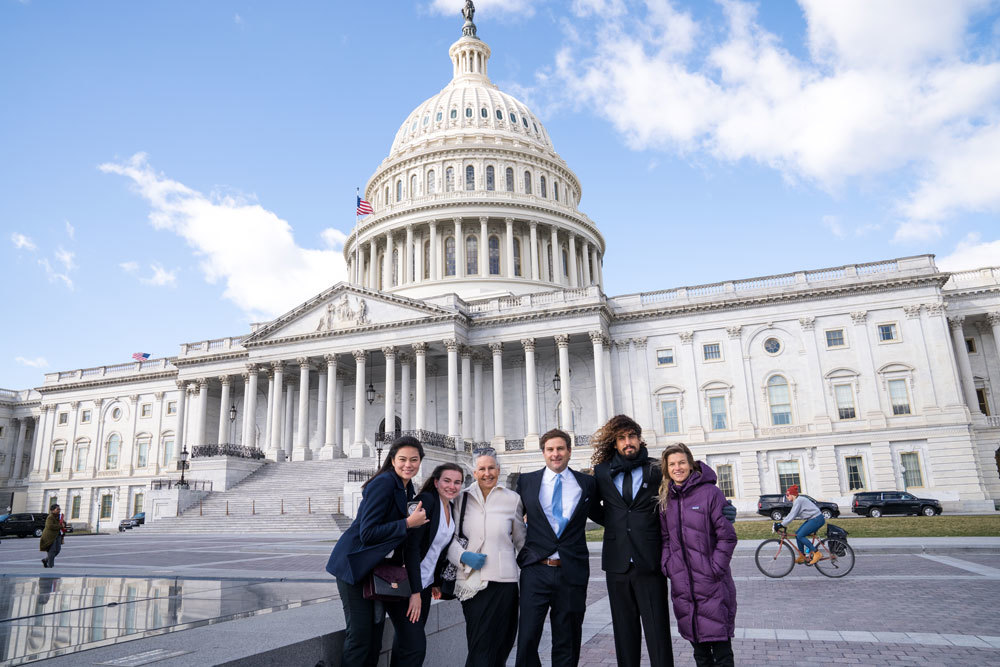 Q: What are some environmental issues that are affecting your local community?

Oh gosh, where to begin. Hawai'i is definitely one of the main communities facing the consequences of climate change, all the while being overwhelmed by the sheer volume of the tourism industry, number of people moving here, limited resources and development. Sea level rise and coastal erosion is becoming a drastic issue for our coastal areas. Many of the beaches I grew up surfing at about eight years ago are now half the size they used to be, threatening homes and infrastructure. Also, beach access is always a constant issue. Home owners, hotels and more constantly block off access illegally, creating an equity issue.

There are also threats to our oceans as well. Hawai'i has approximately 88,000 cesspools across the state, constantly leeching fecal material, toxins and other bacteria into our nearshore ecosystems and water supply, contributing to poor water quality. Also, being surrounded by water and lacking in progressive waste management, plastic pollution is a huge issue here. Currents also bring plastic and fishnets from the Great Pacific Garbage Patch (a plastic whirlpool in the Pacific over twice the size of Texas!) across our Eastern shores, covering our beaches with plastic pollution.

However, the most pressing and heartbreaking issue at the moment is the Red Hill crisis. The Navy has eighteen 250 feet tall, operational jet fuel tanks that were built for World War II and sit rusting only 100 feet above our largest aquifer on O'ahu. Since its construction, the facility has leaked almost 200,000 gallons of jet fuel into our fresh water, including the November 2021 spill of 14,000 gallons directly into our main water supply. Dozens of people, including children, have had to go to the hospital from the toxins after experiencing nausea, rashes and more. The Navy has put some of the contaminated water through a “filter” that removes some of the fuel. However, they then released it directly into our ecosystem and coasts, even though the water was not 100% pure, posing a risk to the public and environment. We will most likely be experiencing water shortages during the less rainy seasons as our main water shafts may be closed for between 5-10 years due to this leak. The Navy refuses to shut down the facility, report pertinent information, or genuinely help the affected families. So, this issue facing our community is one of Surfrider O'ahu’s newer priorities and is closely working behind the leaders of the efforts! 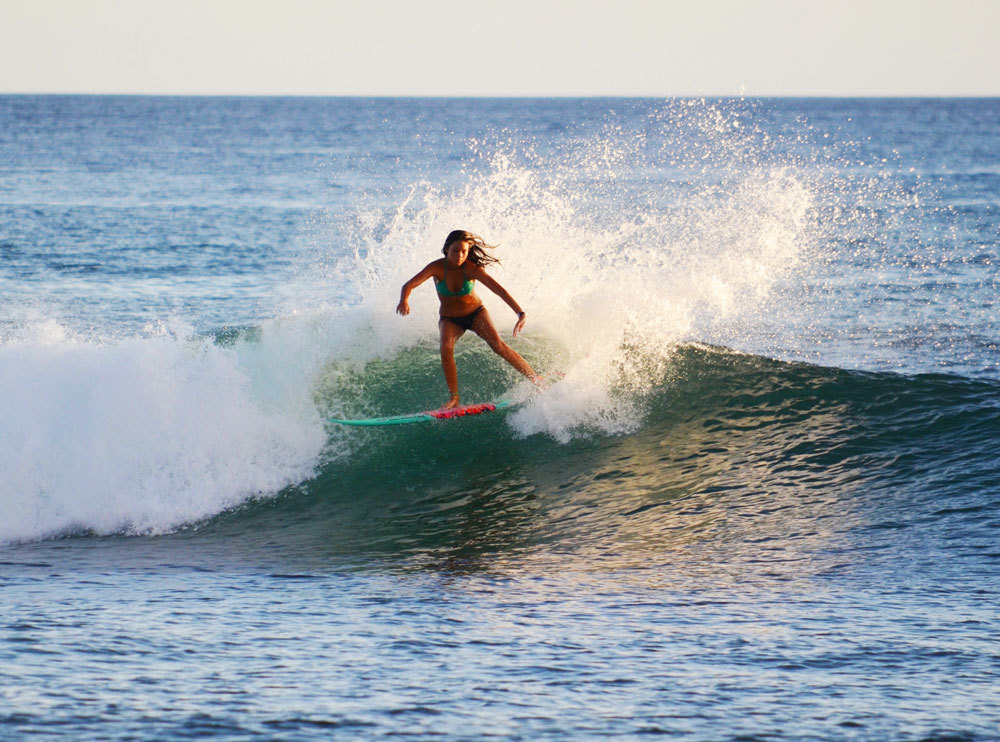 During my time at the UHM club, I was involved with a lot of plastic pollution work. The first campaign I helped with was a Rise Above Plastics campaign where we advocated for a student policy to ban plastic straws on campus, which was approved in 2019! Our Co-Chair and I also helped to lead a campaign to get reusable take-out containers implemented at our on-campus dining places. We were almost there but had to pause the campaign because of COVID-19. I was involved with a bunch of other general stuff as well, including event and beach cleanup coordination, outreach, logistics and created a how-to manual with information and resources for every position in the club. Our club and its members are so amazing, and I am so thankful to have been able to share these accomplishments and campaigns with them!

On a network-wide level, I also helped to create parts of the Student Guide to Plastic Pollution resource for the student network with the other members of the Student Club Leadership Council. With the JEDI Engagement committee, we have been working to get various helpful resources and training to be provided for the network to help foster more inclusive and equitable spaces within our organization and in our interactions with other groups! I have been so excited about this JEDI work and am looking forward to expanding our projects!

This is cheesy, but regional / network-wide conferences and events have always been my favorite part of the organization. Why? It’s because of the people I have met and the conversations we have. I’ve met so many amazing people throughout my local community and also across the entire network with shared values and an understanding of what's important. Whenever I have the opportunity to talk to the special people who are part of the network, it makes me feel so stoked to do the work that I do and thankful to have joined this community! 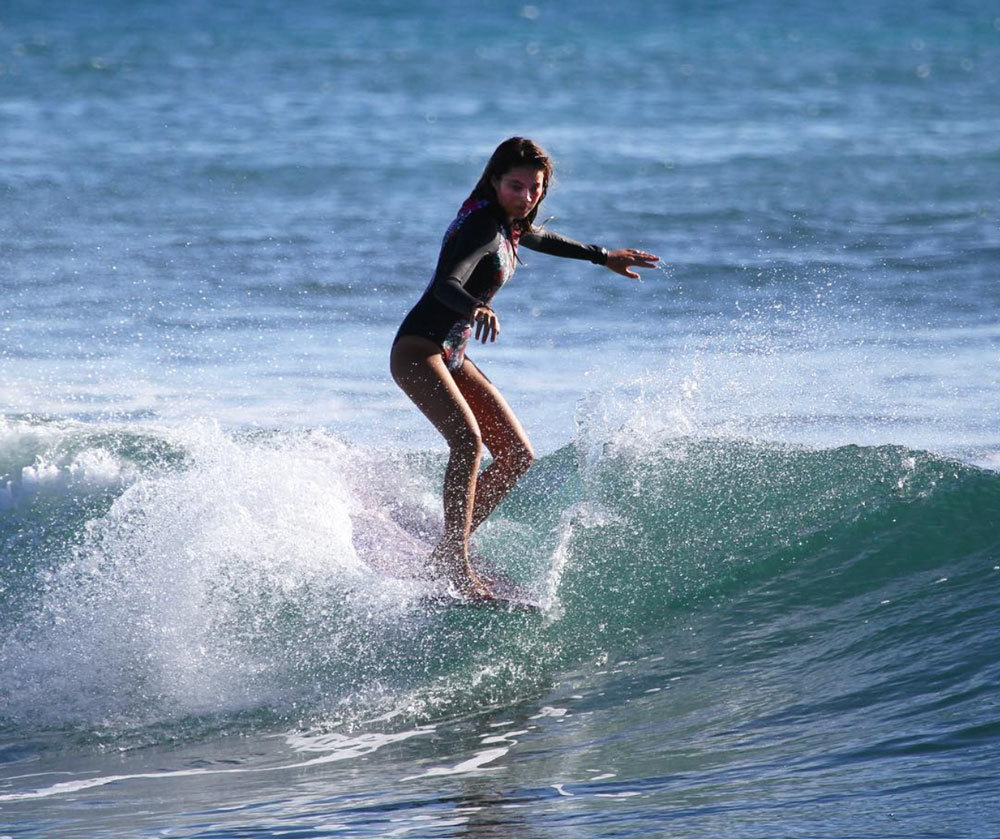 Q: Do you have any personal experiences or campaigns/issues that you're passionate about where the social justice and environmental movements have intersected? If so, can you tell us about them?

Absolutely! A majority, if not all, environmental issues have intersections with other social justice movements, especially here in Hawai'i. The most recent intersection of these movements is the Red Hill crisis (mentioned above). This has become an active, ongoing, intersectional and significant campaign for our chapter!

For context, Hawai'i was made a state from the illegal overthrow of the monarchy after over a century of cultural erasure, epistemicide, colonization and denationalization. These structures of oppression are still in effect and can still be connected to all of the social justice issues Hawai'i currently faces. So, the native Hawaiian movement for self-determination and sovereignty intersects every social movement, including environmental issues.

When considering the bigger picture of the Red Hill issue, this is not the first time that the U.S. military has threatened and harmed Hawai'i’s people. They were there since the beginning, when the military was directly involved with the illegal overthrow of the monarchy. Even during World War II, when Pearl Harbor became a target because of the U.S.’s military presence. And even since then, with the almost 200,000 gallons of jet fuel having poisoned our water supply in the past 80 years. The Red Hill crisis is not just an environmental, public health, or ethics issue – it is also an issue of the continued oppression of native Hawaiians and their rights to self-determination. The Surfrider Foundation O'ahu Chapter, UHM Student Club, and others stand in solidarity with the native Hawaiian movement, demanding the immediate and permanent shut down of the Red Hill jet fuel storage facility. I am extremely passionate about social justice as a whole, not just environmental issues, so I am excited to see our organization get more involved with these intersectional issues! 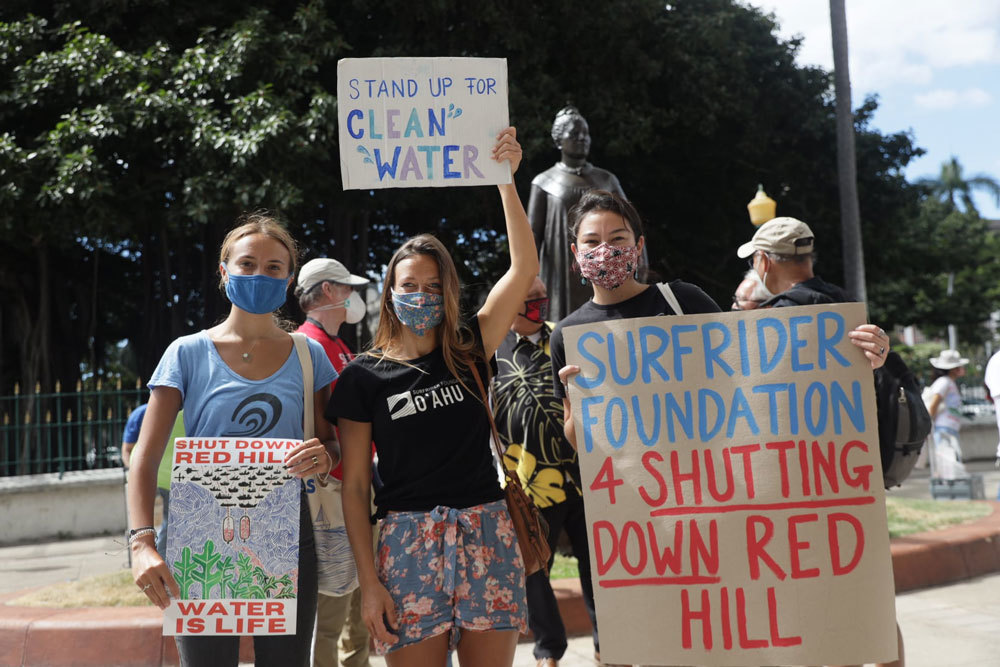 I think that Surfrider is amazing at helping people get introduced to advocacy and activism. I love that Surfrider’s programs are easy to understand, impactful and help people feel connected to the place and their community. Becoming involved with the community work can sometimes be intimidating, but Surfrider does a great job at empowering people and making the issues feel approachable! I also tell them that Surfrider at its foundation is about both the protection AND enjoyment of our world’s ocean, beaches and waves, which is super unique to the organization. When you get involved with activism, you realize that while hard work is important, it’s also important to take a step back and celebrate both your work and the reason why you became passionate in the first place – the ocean! I’ve always appreciated that about the organization and it’s what makes Surfrider unique in the best way.

Q: Why is being a part of the Surfrider ocean conservation community important to you?

I’ve been able to meet so many amazing people, get involved with the community and learn so much about myself and the world. I am so thankful that this was one of the first organizations I really got involved with and I look forward to continuing being a part of it!

Growing up in Hawai'i was such a unique experience but taught me firsthand the importance of intersectionality. I encourage everyone to look at other movements (abolition, BIPOC+ rights, LGBTQ+, women’s, etc.) and see where they intersect with your work. Even if the connections aren’t as obvious, we are all interconnected! We can really enact widescale systemic change if we show up in solidarity with each other and implement intersectionality into our work! 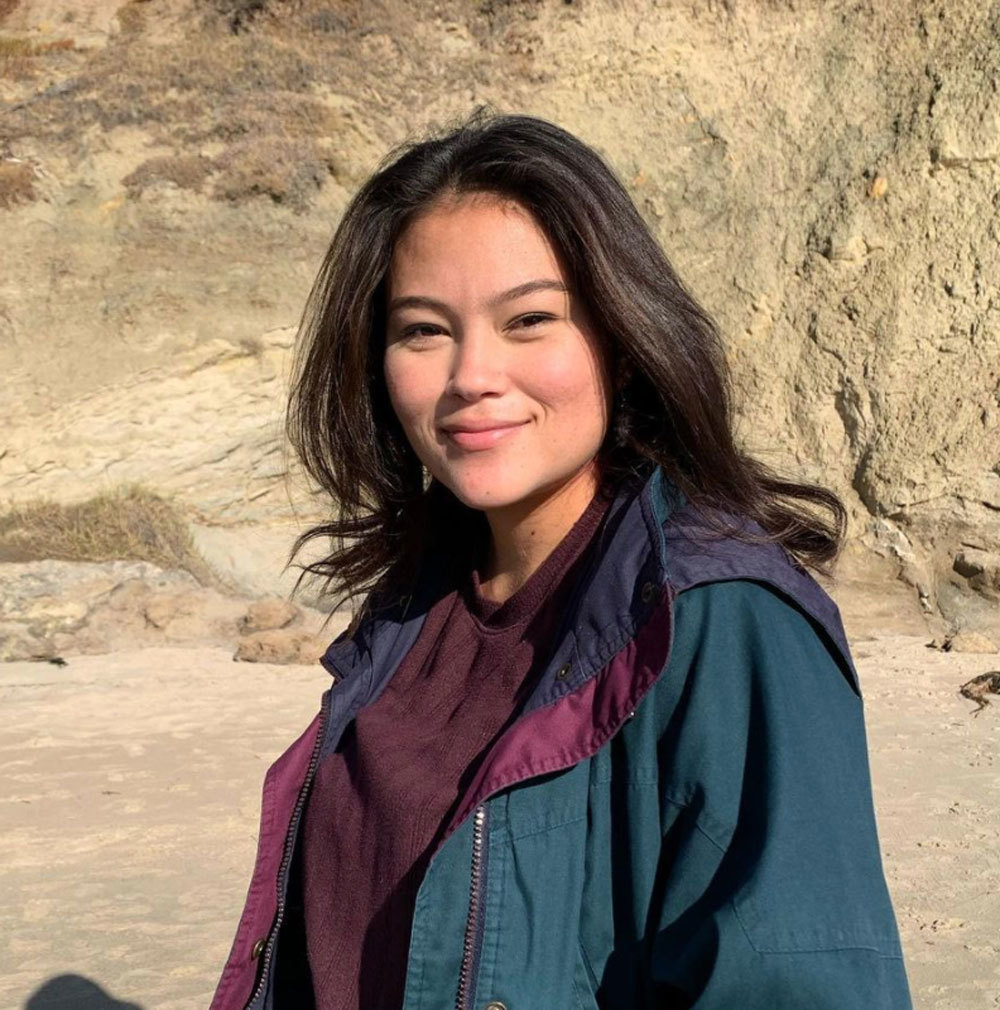