Q: What is your current role with the Surfrider Foundation?

I am currently serving as Vice Chair of the Executive Committee, San Diego Chapter.

I grew up on the Great South Bay on Long Island, New York. I was a high school student when the Santa Barbara oil spill of 1969 occurred and I was deeply affected by it. At that time, I was doing a special biology project testing the bay for bacterial pollution and I couldn't help but compare the two. Then in the late 80’s, as a relatively new surfer,  I heard about Surfrider and their water testing program and that drew me in! I have embraced the many different Surfrider programs available to me in San Diego. 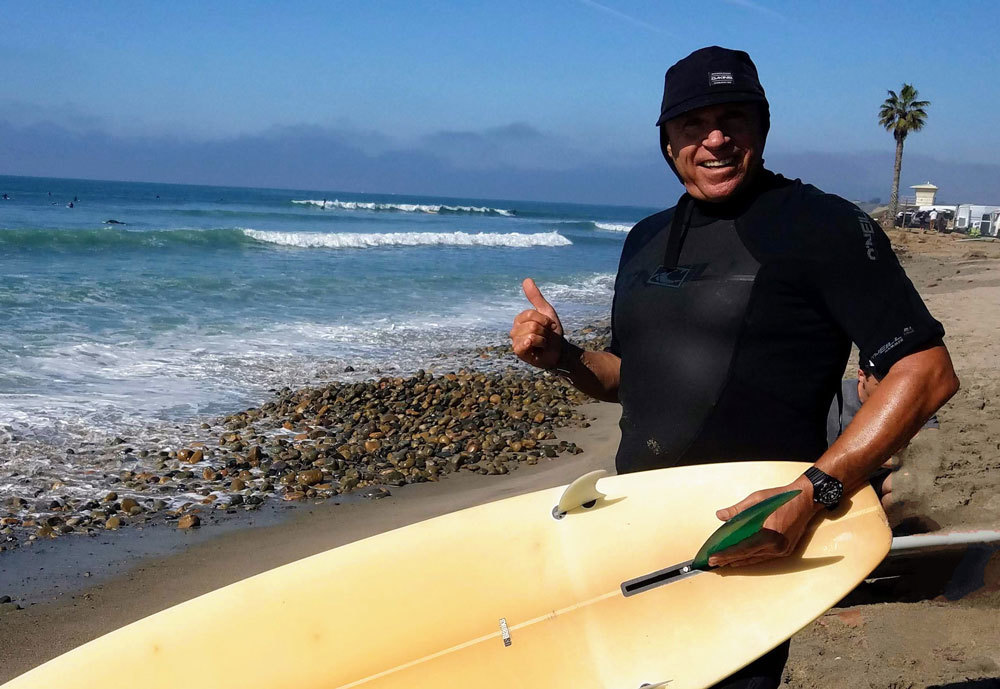 Q: What are some environmental issues that are affecting your local community?

In my hometown, Del Mar, we are experiencing severe bluff erosion due to sea level rise and other local issues that threaten the trains running precariously close to the bluff edge. This is the second busiest rail corridor in the U.S. Amtrak, freight trains, the military, and the local commuter trains run along the almost two mile stretch. Train relocation by way of an inland tunnel is planned. This is essentially a managed retreat of infrastructure for which Surfrider has advocated.

The Tijuana River Valley, running along the southern border with Mexico is plagued by cross border raw sewage and heavy metal contamination from Mexico. Surfrider, along with others, have been able to push U.S. government agencies to spend hundreds of millions to ramp up the processing of the pollution. Sadly, South San Diego County beaches are closed due to pollution over 100 days a year.

I have been involved with the more than a decade-long battle to Save Trestles and the San Mateo State Park from Toll Road development. If allowed there would have been devastating impacts on the sensitive environment and the surf break. This battle went all the way up to the U.S. Secretary of Commerce, who saved the park with his ruling.

Leadership retreats have been found to be very useful for our chapter and I have planned a number of these retreats. I have included a photo of a combined retreat that we had with the Los Angeles Chapter at the San Mateo / San Onofre campground. These weekend-long group campouts have been well received and have resulted in the exchange of best practices and team building. In addition, many new lasting friendships have been forged. 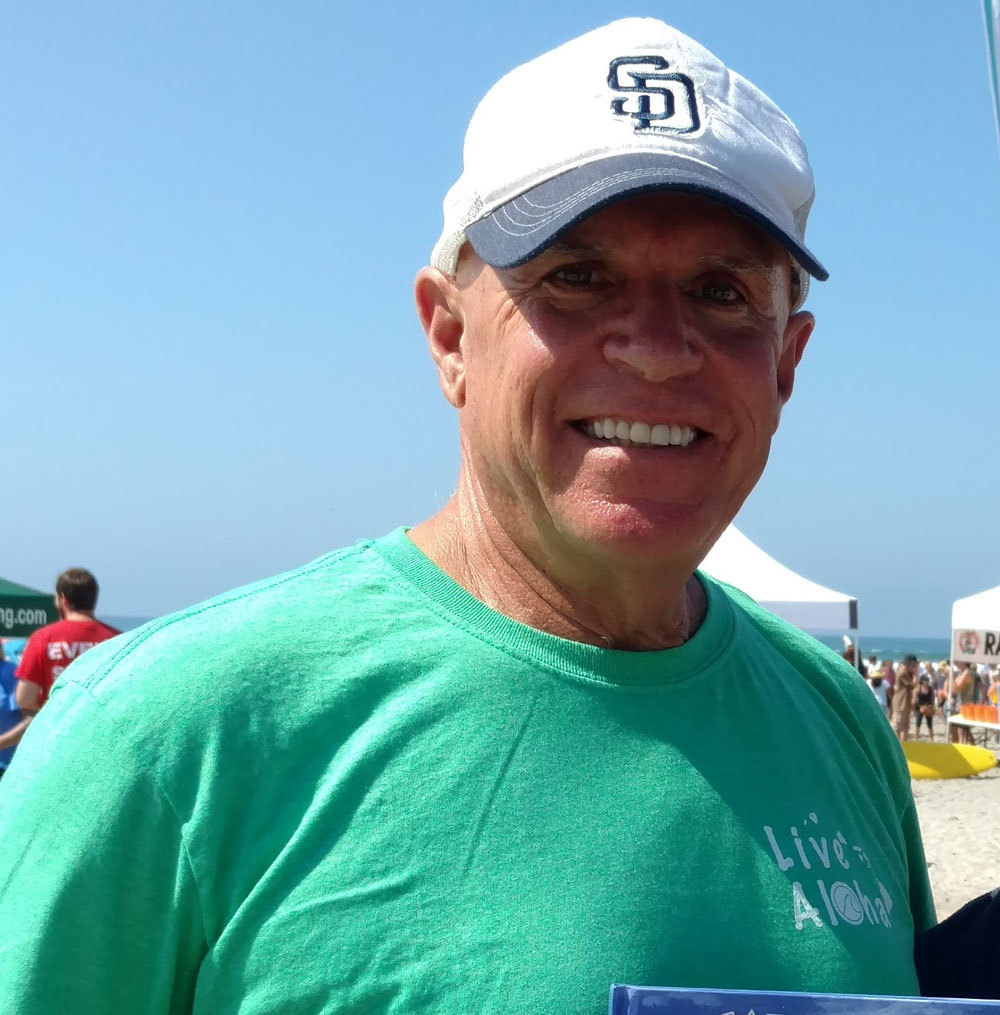 Q: Are there any specific projects that you have worked on which benefited your community? If so, can you tell us about that?

One of the few remaining undeveloped coastal bluffs in California was threatened to be developed into a huge resort called The Marisol Project slated for Del Mar. There were significant issues regarding setbacks that did not  account for sea level rise and erosion and public access plans, which were not consistent with the California Coastal Act. Developers left the door open to building sea walls, which Surfrider and the California Coastal Commission strongly opposed. This Del Mar project was defeated after a special vote, largely due to input from Surfrider and other local activists.

Another important project in my community is the relocation of the train track running along the coastal bluff in Del Mar. SANDAG, a county planning agency, plans to build extensive seawalls to protect the tracks, until an inland tunnel is built. Both Surfrider and the California Coastal Commission oppose seawalls. Surfrider, the California Coastal Commission, and the City of Del Mar have negotiated on this extensive assault to the bluff. As mitigation, we will now obtain a North to South lateral path alongside the track, an official crossing for public access, and a path down to the beach. We also demanded that the seawalls be removed once the tracks are removed. When the tracks are moved, the infrastructure will be removed. This will be an example of a successful managed retreat and coastal public access campaign, of which we are very proud.

In 2017, I helped to facilitate six members of our Climate Change Committee to travel to Denver to attend Former Vice President Al Gore’s Climate Reality Project training. We all became climate reality leaders and returned to our small committee in San Diego with the tools to supercharge our efforts to fight climate change as it relates to coastal impacts. We also learned about the environmental injustice that can be found around our nation and the world.

Our team now has a better understanding of how sea level rise, ocean acidification, and rising sea water temperatures affect our coasts and the waves that we cherish! This experience proved to set an example of how Surfrider could bring climate issues and an understanding of their impacts to a wider interested audience. Proudly, we see today that the Surfrider Foundation with its many chapters has placed climate change, environmental justice, and the science around it to the forefront!

Q: Do you have any personal experiences or campaigns/issues that you're passionate about where the social justice and environmental movements have intersected? If so, can you tell us about them?

The pollution at the U.S.-Mexico border, namely the Tijuana River Valley, is a perfect example of where environmental issues intersect. There is a public health crisis on both sides of the border. Surfrider has planned an Environmental Justice Tour for the Spring 2023. This will be a  bike and van tour of the southern border region that will enlighten attendees and seek solutions to this crisis.

I have seen first-hand the devastation that has taken place at the border. Along with a few chapter members, we went on a ride along the border with a Border Patrol agent who took us to the most seriously affected areas. What we saw was jaw dropping, disgusting and unacceptable. 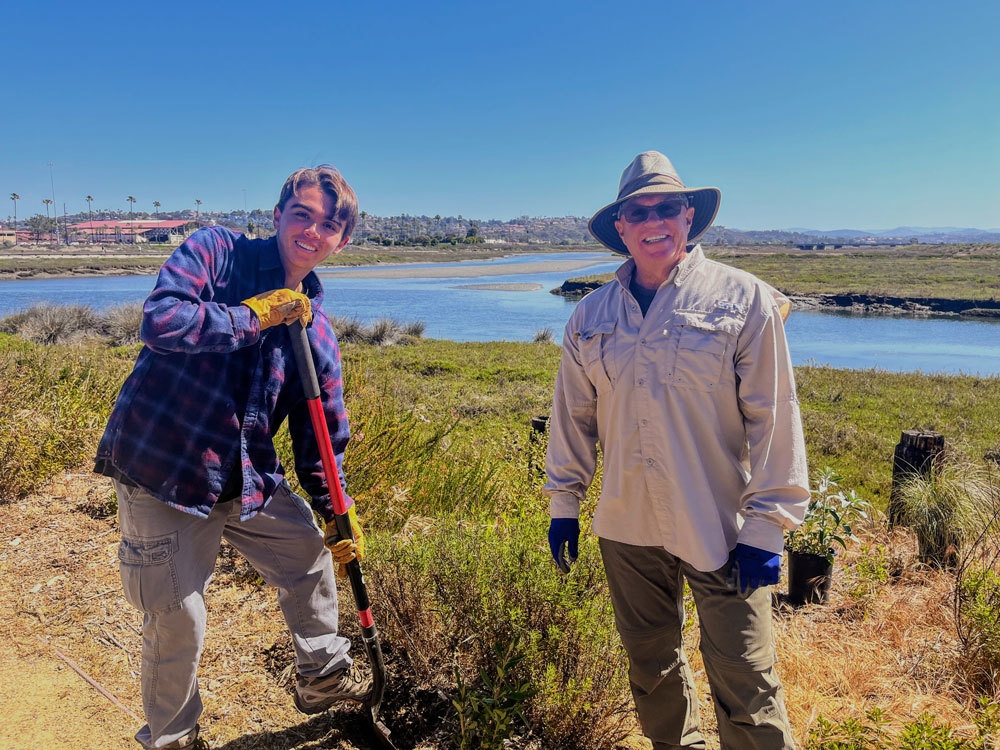 Q: What can Surfrider do to foster an inclusive and welcoming experience? Do you have any examples from your experience where this is successfully happening?

Surfrider has teamed up with Urban Surf for Kids, an organization that brings foster kids and at-risk kids to the beach. Many of these kids have never been to the beach even though they may live very close to a beach. The kids get surf lessons, they do a beach cleanup, and they participate in beach sports. A fun, meaningful day of mentorship and empowerment for sure!

At this year's Surfrider Paddle for Clean Water at Ocean Beach, California, Bobby Wallace of the Viejas Band of the Kumeyaay Native Tribe spoke about the original people of Ocean Beach, their history at Ocean Beach and said a prayer to our group of hundreds. The year before, members of the tribe paddled around the Ocean Beach pier in traditional boats, which were made of reeds!

In March 2022, I attended the California Surfrider Chapter Conference in Ventura, California. A panel consisting of members of the Black, Indigenous and People of Color (BIPOC) community spoke, followed by audience participation in a Q and A session. The speaker’s comments were very moving and impactful. I gleaned a  better understanding of some of the barriers faced among these communities and ways to help remedy the injustices that confront them.

Surfrider has made it a goal to seek the inclusion of  diverse community members and foster a welcoming environment for them.  I would like to see Surfrider continue with its efforts to promote justice, equality, diversity and inclusion throughout its chapter and club network.

Even a small group of relentlessly motivated activists can affect change. Volunteers can make significant impacts thereby making the world a better place for themselves and the next generation. 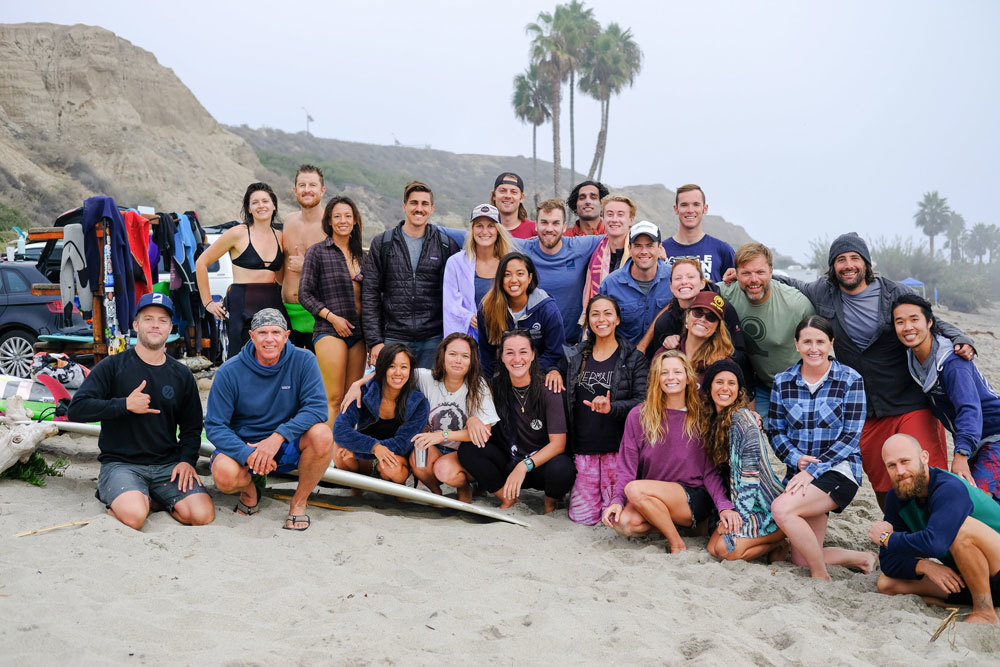 Q: Why is being a part of the Surfrider ocean conservation community important to you?

Being a part of the Surfrider community places you among dedicated activist watchdogs that are eager to effect change in a meaningful way and brings you into contact with like-minded people who very likely will become lifelong friends!

For 12 years, beginning in 2006, I penned the Cabo and Coral series of award-winning children's books. The inspiration for writing the books initially came from my wanting our son, Paolo Cabo, to learn about ocean safety, surfing etiquette, and then expanded to environmental issues. Each book is ocean-themed, includes sound environmental messages, and promotes living with the aloha spirit. The fifth and final book featured Paolo Cabo, then a middle school student, as co-author. This book contains messages about the coastal impacts of climate change and what families can do to take climate action. Many books and a significant portion of the proceeds from the sale of the books were donated to the Surfrider Foundation.

I have included a photo of our son, Paolo Cabo, joining me along with other Surfrider volunteers at the San Dieguito Lagoon in Del Mar, California doing a habitat restoration. We planted native species in an effort to increase carbon capture, which is known as  Blue Carbon sequestration. Coastal biozones have been found to capture ten times more carbon than even a tropical rainforest.

As a freshman at U.C.Berkeley, Paolo Cabo has joined the Surfrider Student Club as an Executive Committee member and volunteer. As the saying goes, the fruit did not fall far from the tree!

Thank you so much for allowing me to share some of my Surfrider experiences! 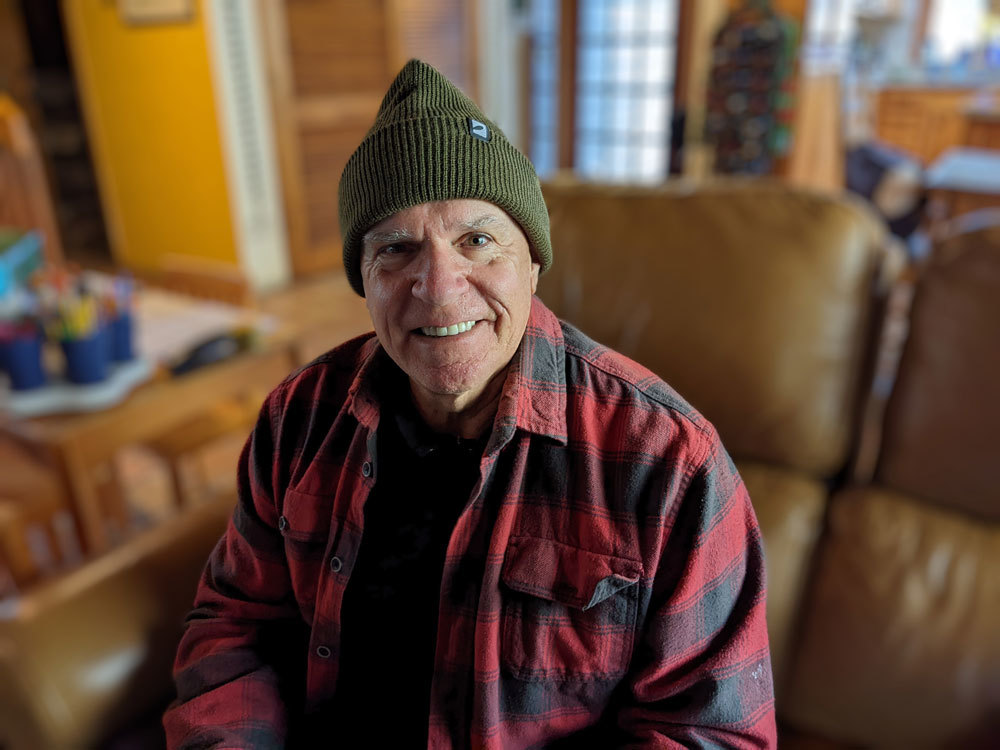