Many parts of San Diego County have long histories of problems with beach erosion.  This is due to a number of contributing factors.  Sand supply from the rivers has been reduced due to dams, flood control projects and watershed development.  The jetties at Oceanside harbor trap a large percentage of the sand that would otherwise drift down the coast.  But the real cause of the problem is that  we have built way too many homes and buildings too close to the ocean.  If those homes had been built further back from the edge then shoreline erosion wouldn't be much of a threat. 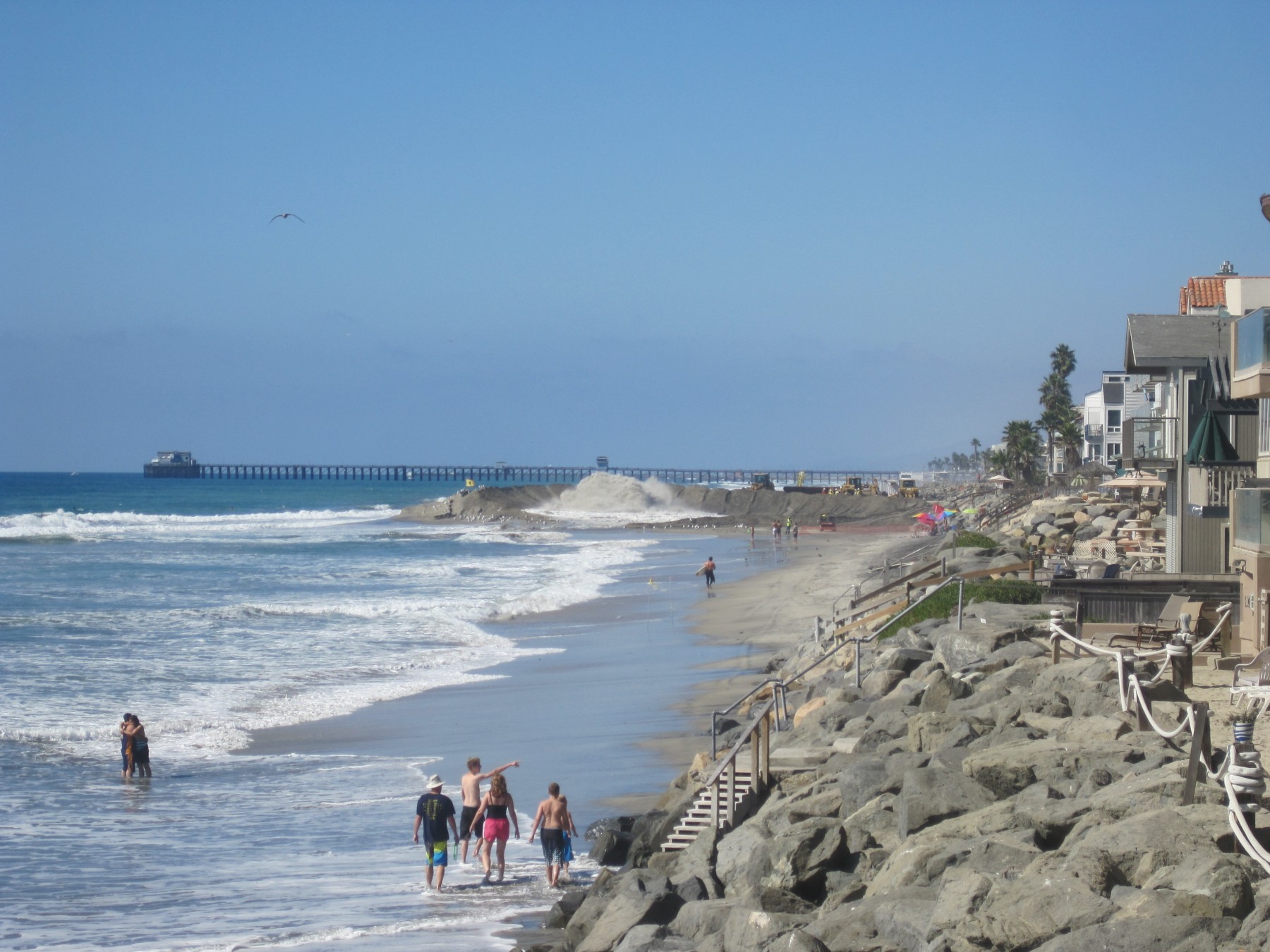 But for now there are temporary fixes that the local government has decided to pay for, namely pumping sand onto the beach in so-called "nourishment" or fill projects.  The San Diego Association of Governments (SANDAG) is a regional body with representatives from all city councils and the county supervisors.  They are funding a Regional Beach Sand Project to dredge up 1.4 million cubic yards of sand from offshore and pump it onto 8 area beaches.  This is being paid for by local taxpayers with help from the State.

There is concern that all this new sand will cover nearby reefs, possibly ruining the waves that break on them.  In response the San Diego Chapter is monitoring and documenting the projects and any changes to the surf.  They're using high-tech video technology to measure waves and beach width, and to capture time-lapse images of changes in beach shape and surfing crowds.  Go here to read up on their surf monitoring.

The portion of the project in Oceanside was just completed a couple weeks ago and I went down to check out the work.  They put sand along 4,100 feet of shoreline.  I made the short video below to show what it's like.  It's pretty clear that beach fill is very much a construction project with lots of earth moving equipment.  It should be interesting to see how all this sand disperses and moves around during storms in the upcoming winter season, and to see just how long it sticks around.

Update:  You can view lots more pictures of this beach and the others at SANDAG's Facebook page.