In July of 2020, Hurricane Hanna made landfall on North Padre Island just south of Bob Hall Pier. Huge waves from the storm broke over the top on the pier, destroying the T-head on the end. Upon review of the damage, the Nueces County Commissioners decided that the entire pier would need to be replaced.

After seeing a preliminary design for the pier in 2021, the Commissioners gave the green light to a local engineering firm to proceed with the final design phase without any public knowledge of the design or an opportunity for public input. This set up one of the most intense battles for the Texas Coastal Bend Chapter since the chapter's legendary and successful battle in 2006 to save a stretch of beach on North Padre Island from developers.

Those concerns prompted the chapter to take the lead and start organizing people to make their concerns known to commissioners. At a July 2022 meeting of the Nueces County Commissioners Court, and at a subsequent meeting held in October, surfers showed up in force to passionately voice opposition to the potential destruction of the wave at Bob Hall Pier. During the meetings, the Texas Coastal Bend Chapter delivered a petition signed by over 1900 area residents who implored the commissioners to reconsider the design and save the wave. At the October meeting, after a long discussion, the commissioners voted 5-0 to rebuild the pier with the double-piling design, saving the wave and 60 years of surfing history at Bob Hall Pier.

With this hard fought victory, the Texas surfing community can now look forward to a new pier that will continue to produce one of the best waves on the Texas coast. 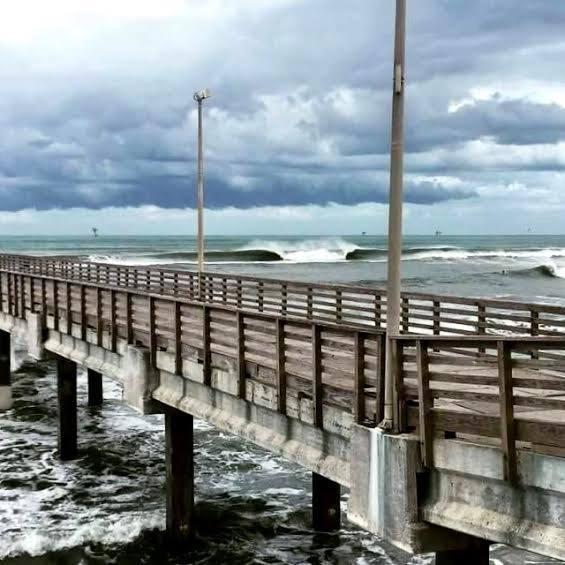