Offshore oil drilling, and the dangers that accompany it, puts at grave risk some of our nation’s largest, yet most fragile economic assets – our oceans and coastlines. We have already seen how offshore drilling harms communities and local economies. With both the Santa Barbara and BP Deepwater Horizon disasters, fishing areas were closed, beaches were evacuated and campgrounds were cleared, all to the detriment of local businesses.

Because of these unnecessary, unacceptable risks, businesses from coast to coast are coming together in a unified voice to speak out against the Trump administration’s plan to expand offshore oil drilling. That collective voice has taken form under three business alliances, including the Business Alliance for Protecting the Atlantic Coast (BAPAC), the Business Alliance for Protecting the Pacific Coast (BAPPC), and Gulf Coast Business Coalition (GCBC). Together, these alliances represent more than 47,000 businesses and over 500,000 fishing families.

While this loud business opposition has already proven powerful in slowing the administration's risky plan, we cannot breathe a sigh of relief until we hear that our waters are off the table entirely. 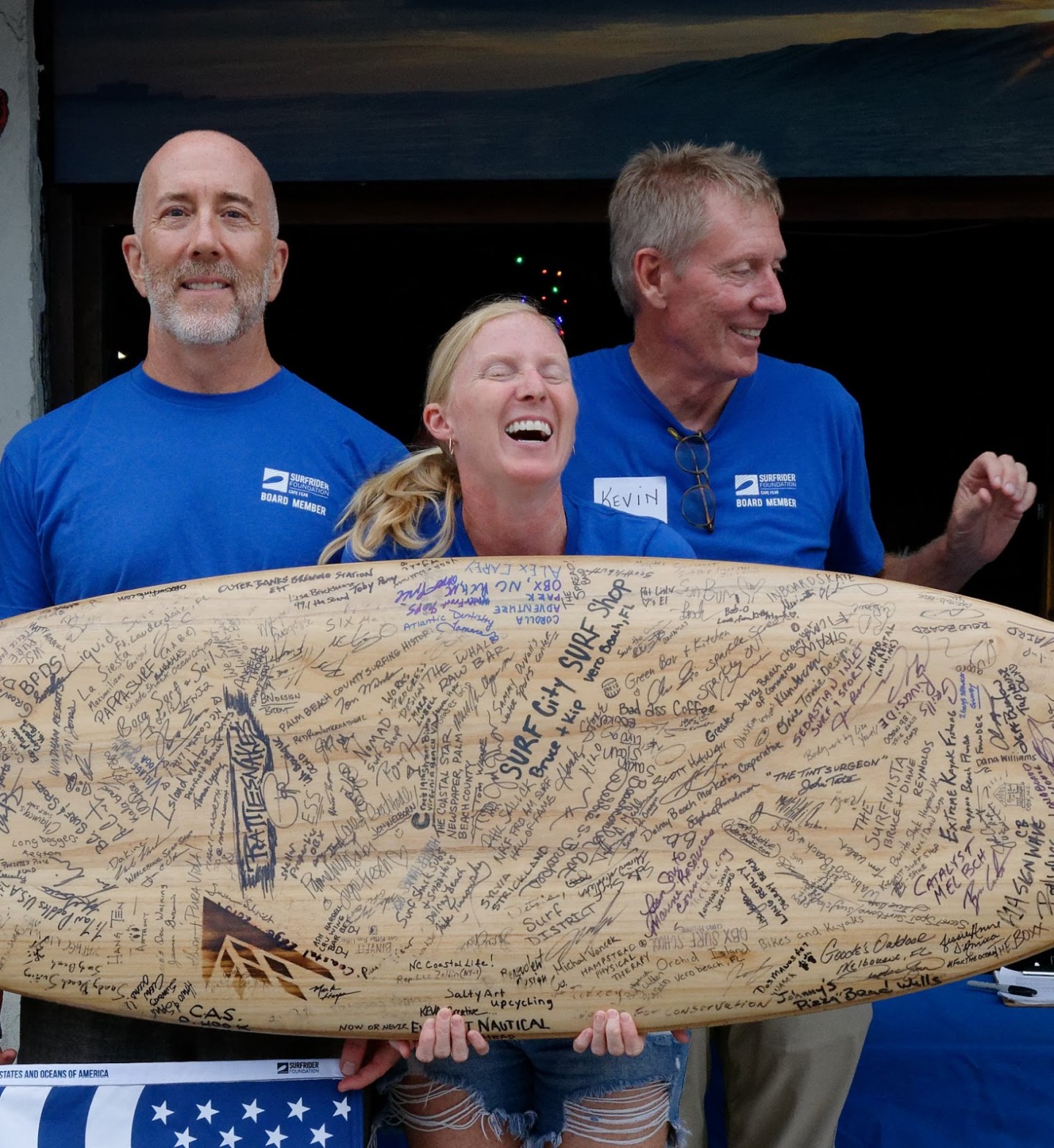 That is why the Surfrider Foundation and our partners have been working tirelessly to grow these alliances and amplify the united business voice further. Over the past several years, Surfrider has recruited thousands of businesses to engage in the Stop Offshore Drilling campaign through our business petition and Sign the Surfboard projects on the Atlantic and Pacific coasts.

Another method for recruitment that has been fun and effective is hosting “mixers!” During these mixers, businesses hear from lead campaign organizers, elected officials and public figures about the risk that offshore oil drilling poses to our local coastal economy. Existing members have an opportunity to network amongst themselves, and new businesses learn more about how to join the Business Alliance.

See below for a summary of past AND UPCOMING mixers!

The first BAPPC mixer took place on February 12, 2019, at the Patagonia location in Santa Monica. The event featured VIP speakers, including Vipe Desai, co-founder of BAPPC; Zach Weisberg, founder of The Inertia; a representative from Senator Ben Allen’s offices; and Nancy Downes from Oceana. “The ocean is the most powerful economic engine on earth. Without a healthy ocean, there is no healthy people, planet, or profit. Those are just the facts. This is why BAPCC exists,” said Desai. 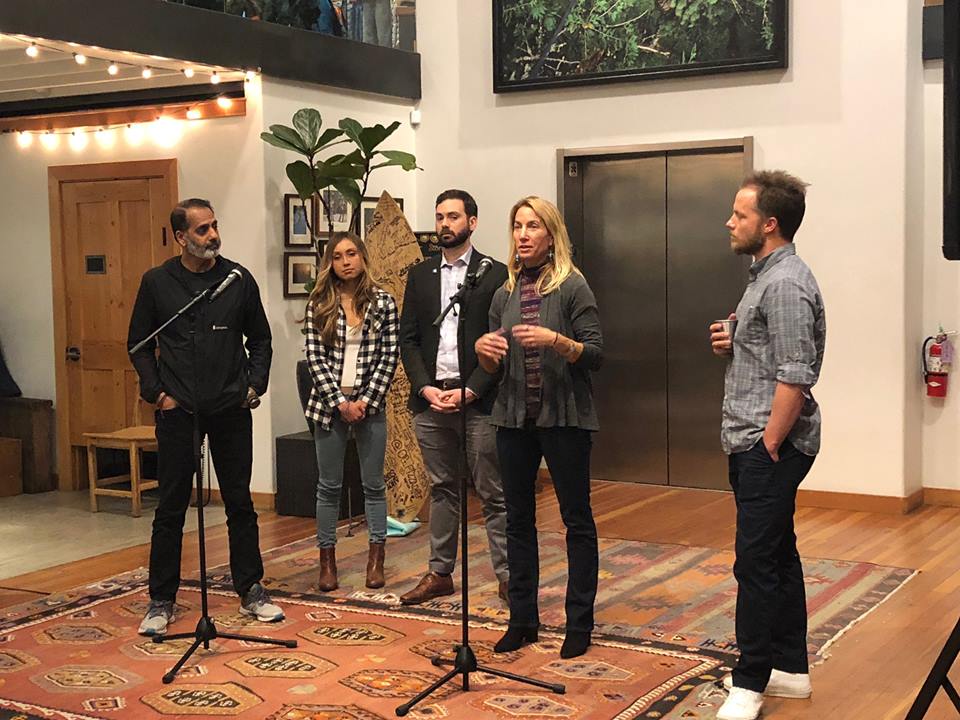 On July 29, 2019, environmental advocates, business leaders and state officials spoke out against offshore oil drilling at a business and community mixer in Beaufort, North Carolina. The mixer, held at Cru Wine Bar, was in response to the imminent threat of seismic blasting and offshore drilling. Business owners, community leaders and the public were invited to listen to keynote speakers voice their opposition to seismic airgun blasting and new offshore drilling. “Offshore oil exploration and drilling activities will have devastating impacts on our extraordinary coastal ecosystem that is already under tremendous stress from various human sources,” said Rett Newton, Mayor of Beaufort, North Carolina. “As we look closely at the risk versus reward analysis, the risks far outweigh any rewards. There is bi-partisan agreement that this is not good for eastern North Carolina.” 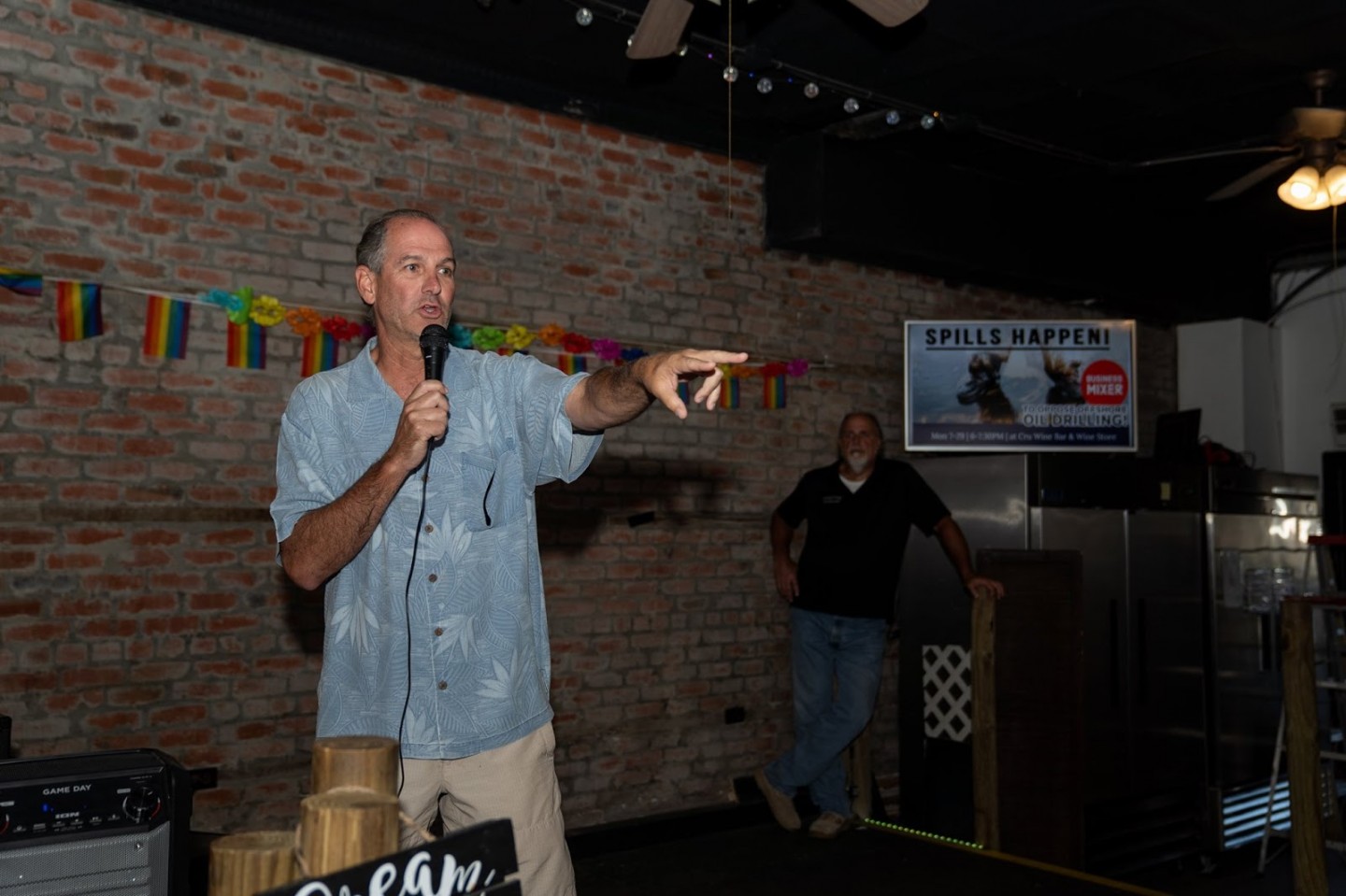 The next day, on July 30th, 2019 at Wrightsville Beach, the Surfrider Foundation Cape Fear Chapter and Don’t Drill NC Coalition partners united with business owners and health professionals to send a loud and clear message that North Carolina is ready to defend their coast from seismic airgun blasting and offshore drilling.

“Good Hops Brewing thrives on the beauty that attracts so many visitors to our local beaches.  This is true of all the families and businesses that have made Coastal Carolina their home and rely on our community for our livelihood,” said Patricia Jones, Owner of Good Hops Brewing. “The less than 1% of oil that may be extracted from offshore drilling is definitely NOT worth the risk for our generation and generations to come. Conservation is the answer Now and Forever.” 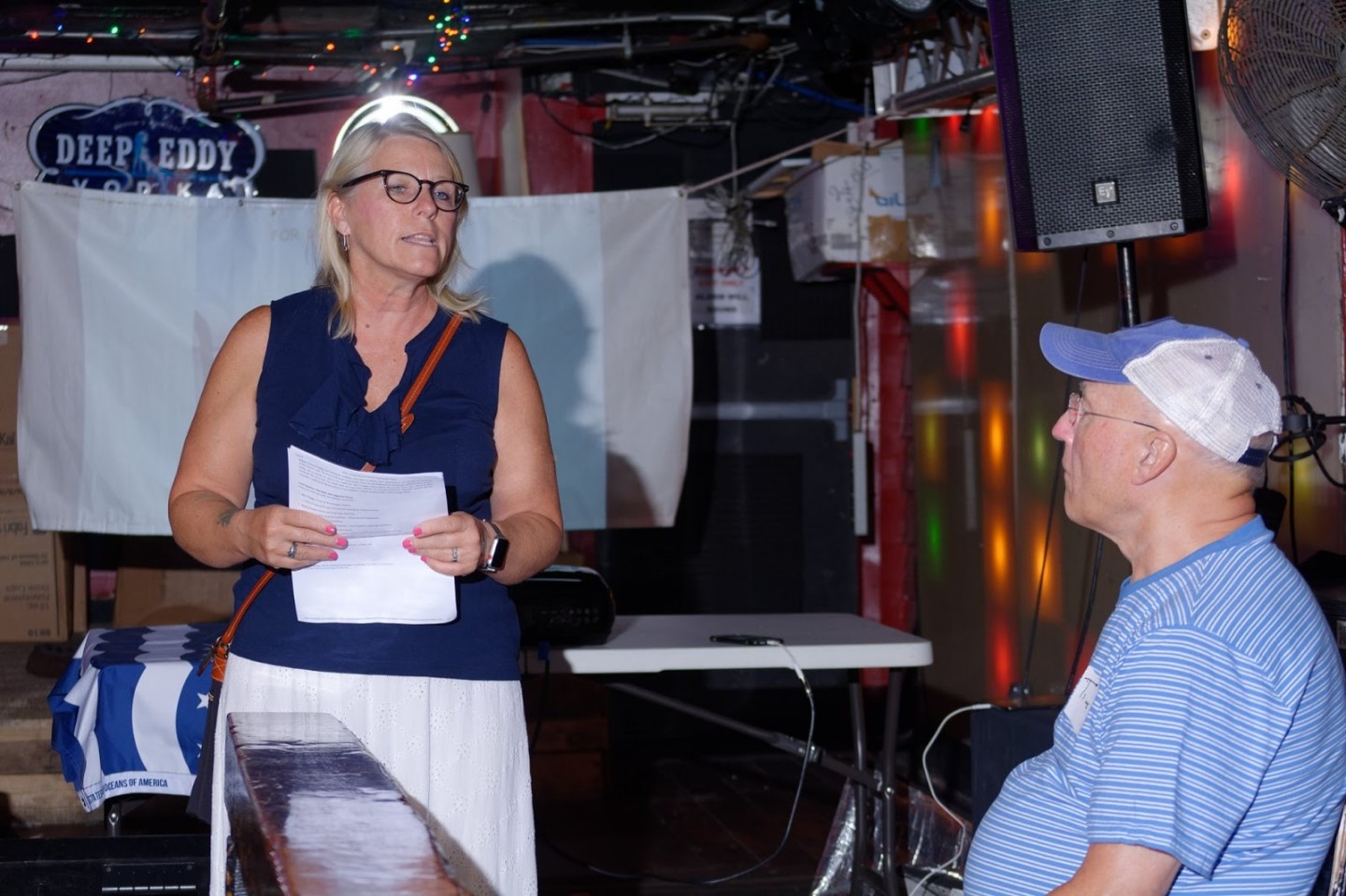 On July 31st, business owners and environmental leaders gathered at one of San Francisco’s Ocean Friendly Restaurants, The Boardroom, to discuss the economic and environmental impacts of new offshore drilling on the Pacific Coast and how BAPPC is taking action against this threat. The event featured an esteemed panel of speakers, including California Coastal Commissioner, Sara Aminzada; National Resources Defence Council Senior Attorney for Oceans Program, Irene Gutierez; and co-founder of Sunski, Michael Charley.

“It is becoming clearer every day that dirty fossil fuels need to be and are a thing of the past. We founded the Business Alliance for Protecting the Pacific Coast to shine a light on the business leaders of our future: the innovators who sustainably use the ocean, wind and sun to feed and power our communities,” said Sara Aminzadeh, California Coastal Commissioner. 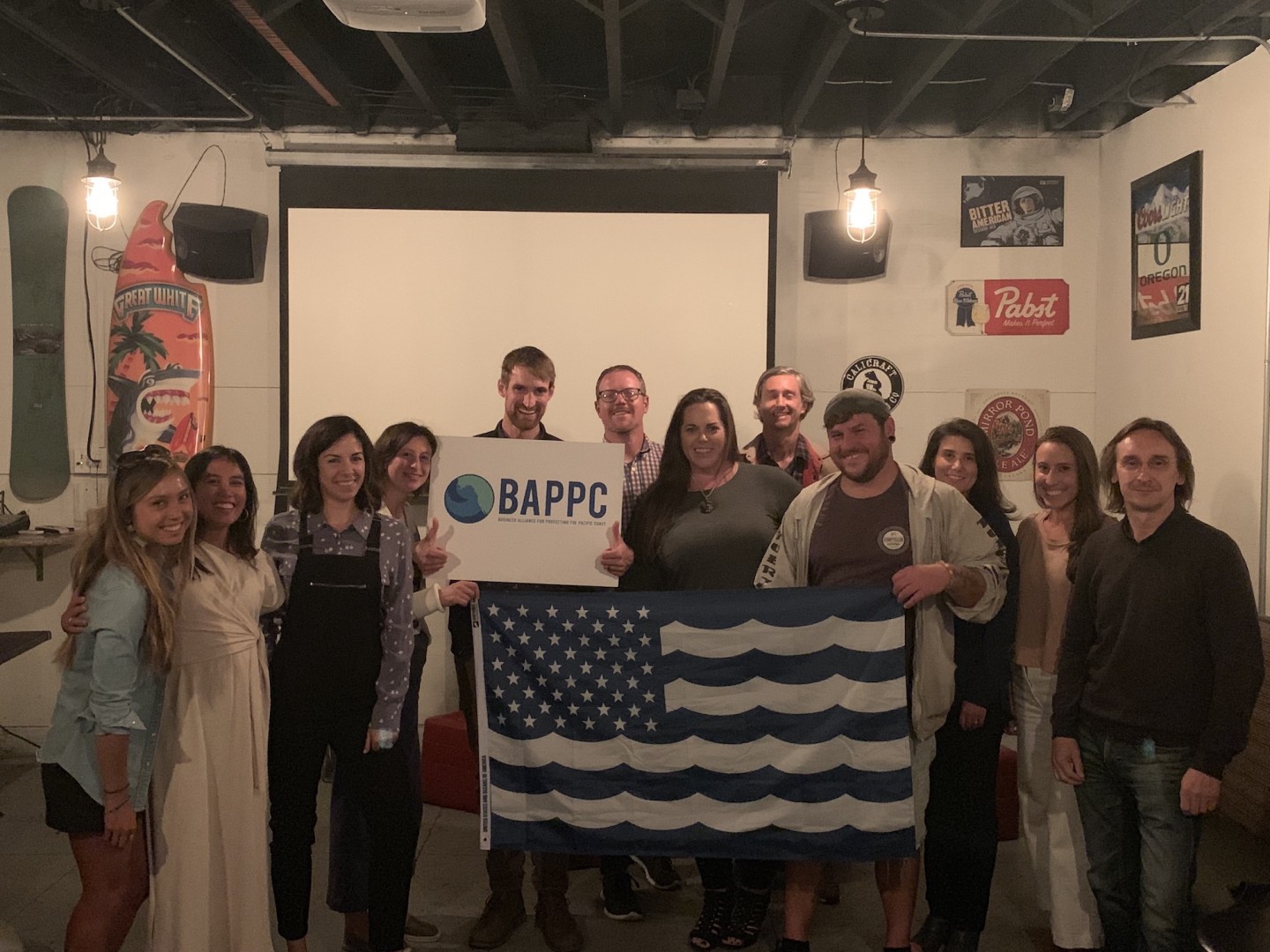 Where:  The Board Club in Newport Beach

* The Board Club owner - Peter Belden