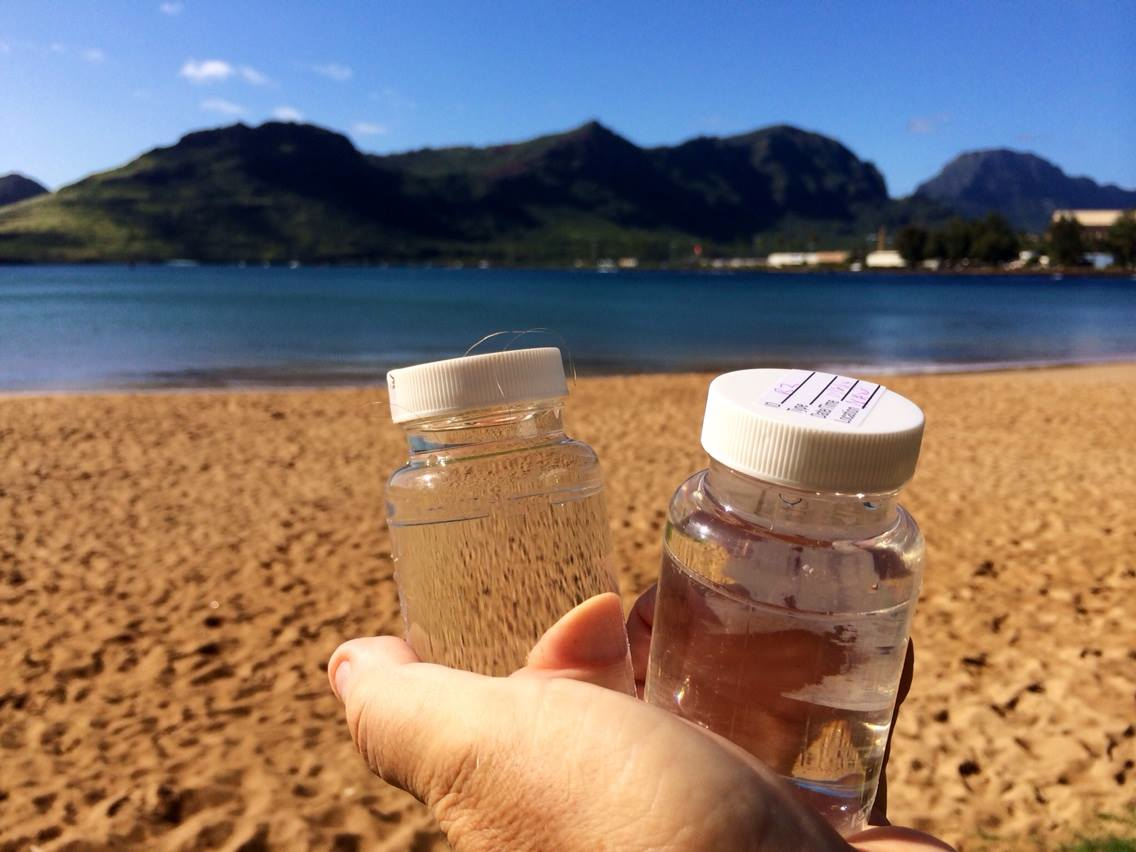 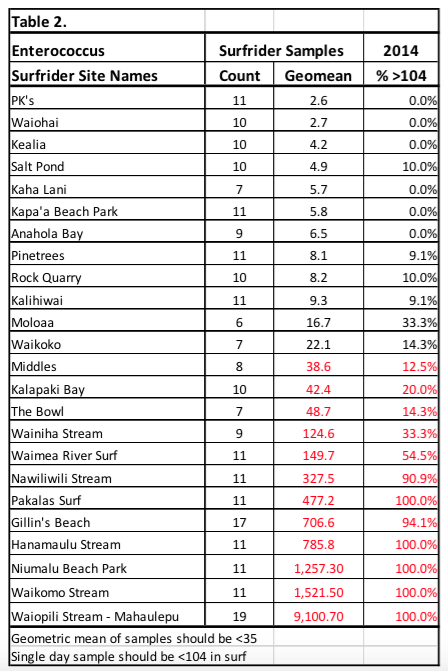 The Kaua’i BWTF released their annual program report in their local newspaper earlier this month.  Their chapter tests 24 surf breaks and streams around the island on a monthly basis, and every year presents their findings along with water quality data collected by the State Department of Health (DOH) to increase public awareness of water quality concerns on Kaua’i.  Read this article in thegardenisland.com

Dr. Carl Berg, Blue Water Task Force Coordinator for the Kaua’i Chapter, explained the trends that they have been detecting for nearly the past decade in the gardenisland.com.

“In 2014, Kauai’s ocean beaches and surf breaks were mostly clean, but some were definitely not,” he wrote in the report. “Our streams, with storm water runoff and ground water contamination, are often polluted.”

The worst sites are by streams and rivers which carry pollutants from the land into the ocean.  In 2014, five locations — Waiopili Stream in Mahaulepu, Waikomo Stream at Koloa Landing, Niumalu County Beach Park near Pu‘ali Stream, Hanamaulu Stream and Pakalas surf break — were polluted 100 percent of the time. 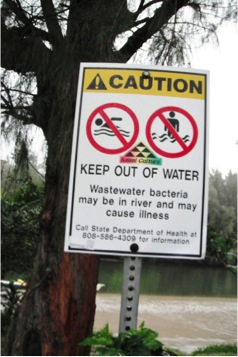 The Kaua’i Chapter has long been trying to convince the DOH to post signs warning the public of polluted conditions at these chronically polluted streams, but with very few exceptions the State has not been receptive, even when their own data indicates high levels of bacteria pollution in these streams and river mouths.  Read more about this campaign for better public notification here.

The State does issue Brown Water Advisories (BWAs) online after heavy rainfall events, but does not post signs at the beach warning people to stay out of the water.   The Chapter has been speaking with local life guards to get their buy in to post the BWAs at the beach themselves, similarly to how they manage advisories for rough wave conditions and riptides.

In 2014, the Kaua’i BWTF program also discovered some high bacteria counts in a stream leading away from a property that is slated to be developed with a dairy farm with 2000 cows. The Chapter’s initial intent for sampling in the Maha’ulepu watershed was to establish a baseline to measure any impact the proposed dairy might have on water quality in the stream and the receiving ocean beach.

At the request of the Chapter, the State DOH confirmed the contamination, but no action has yet been taken to either to clean up the site or notify the public of the polluted and dangerous conditions.  This strengthens Surfrider's resolve to get all chronically polluted streams posted on Kaua’i.

Read local media coverage of the Chapters discovery of the existing pollution in Maha’ulepu here.