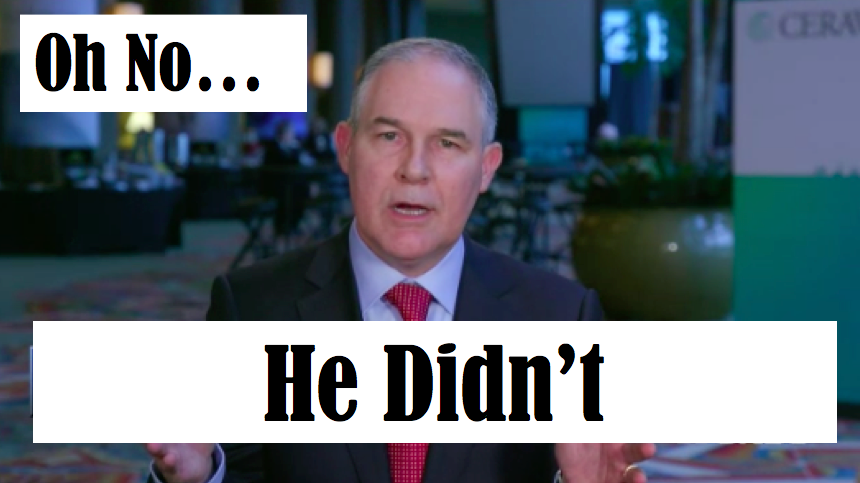 Yesterday, Mr. Pruitt, the Administrator of the Environmental Protection Agency (aka the man charged with protecting America’s environment), said CO2 is not the driving force behind climate change.  CNBC newscaster awkwardly agreed and said, “I don’t want to be called a denier because that’s a scary thing to be called. And I am sure you don’t want to be called a denier, Mr. Pruitt.”  Well, gentlemen, with all due respect, you are climate deniers.  The overwhelming majority of scientists from around the world have been debating global warming science for decades and they unequivocally agree CO2 is causing climate change.  Honestly, there is no way to sugar coat this…Mr. Pruitt is beholden to his cronies from the oil industry and is towing their line to debunk climate change.  Remember when Mr. Pruitt, as Oklahoma’s Attorney General, copied and pasted a letter from an oil-industry-insider and sent it to the Obama Administration in 2013? Not only did Mr. Pruitt commit plagiarism, but the letter was slapped on Oklahoma State letterhead.  Conflict of interest, much!?! The New York Times is following Pruitt’s deep connections to the gas and oil industry.  Look, Surfrider understands Mr. Pruitt is bound to have connections to certain industries, but his current job is to protect the environment and not down play damaging effects of pollution and the serious implications of climate change. 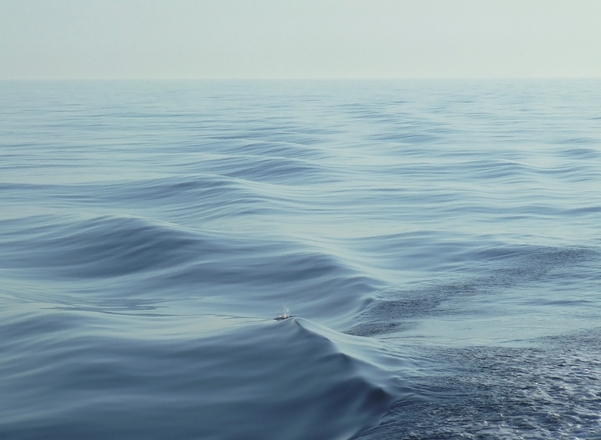 Scientists just detected a major change in ocean oxygen levels due to global warming.  As subsurface ocean temperatures increase, oxygen is not making its way to deeper parts of the ocean—which could cause major impacts to marine ecosystems.   In a nutshell, the exchange of oxygen between shallow and deep ocean water is out of whack. Unfortunately, declining ocean oxygen levels can intensify global warming feedback loops.  As pointed out in the Washington Post, “The new study underscores once again that some of the most profound consequences of climate change are occurring in the oceans, rather than on land.” 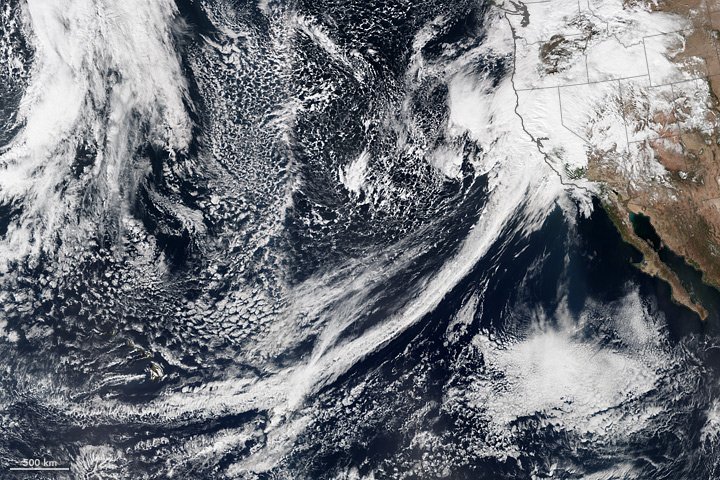 Over the past few months, the west coast has been walloped by wacky weather.  California was particularly impacted by rain.  Scientists fear this erratic weather may only get worse as climate change continues to produce extreme weather events (and by extreme we don’t just mean rain, we mean drought too).  This article includes some interesting information, including this quote from a scientist.  "The combination of this winter, and the recent hot-drought, form a pretty reasonable analog for thinking about the challenges to come."

Say It Ain’t So

When Trump took office environmentalists had no delusions of grandeur that his Administration would safeguard Federal agencies that ‘play a part’ in environmental conservation.  But we were all astonished to learn the Administration took major swipes at National Ocean and Atmospheric Administration (NOAA).  The Administration seeks to fully gut the Sea Grant program that is responsible for numerous important research and education efforts around the country.  They also want to cut satellite programs that track daily weather and storm events.  Geez, we wonder why they want satellites to go?  Fewer satellites mean less data—and less data means it will be harder to piece together science and better understand impacts of climate change.  We’re not buying it, in fact, Surfrider is livid.  Read our recent blog.