Spotlight on Dan Young, One of Surfrider’s Founders

Q: Why did you help found Surfrider Foundation and how did you get roped in?

The idea of a Surfrider Foundation-like organization goes back to a realization that I had in 1971 when, as an eighteen year old, I had just successfully run a one-man letter writing campaign to stop beach resort developers from closing off public access to Palm Beach in my hometown of Watsonville, California. After meetings and discussions with State Parks, the Sierra Club and the League of Women Voters, I saw that the surfing community would need a stand-alone environmental group to protect our access to the beach and to clean water. But I was going to need more education and experience if I was going to make this happen. So I went out and got to work.

I earned a degree from San Francisco State University studying biogeography with an emphasis on national parks and management of natural research areas. I then began building experience in the real world by working for The Nature Conservancy, the U.S. Natural Park Service and the Center for Law in the Public Interest and as a volunteer on a variety of projects. I was also building a large, professional contact base of people with expertise in various fields.

I then helped my brother-in-law found a nonprofit law firm, the Public Justice Foundation, in 1983. It was at this time that State Parks took a bulldozer and illegally opened the lagoon at First Peak at Surfrider Beach in Malibu. State Parks did this without research and without permits-  and did it at LOW TIDE! The water rushed out and blew a hole in the cobble reef, effectively killing the wave at Malibu.

I wrote a letter-to-the-editor of SURFER Magazine, which was read by the late Tom Pratte. Tom had been talking with Lance Carson so the three of us set up a meeting at the Adamson House at Malibu with State Parks. After that meeting in June of 1983, Tom and I stood on the sidewalk overlooking Malibu and I told Tom that we needed to create a stand-alone environmental organization, dedicated solely to protecting the rights of the surfing and beach-going community. That was the beginning of the creation of the Surfrider Foundation.

Q: What issues were/are you most passionate about in your community?

As a biogeographer, I look at total ecosystems, from the top of a watershed all the way to the sea; everything is interrelated. Carrying capacity and sustainability have been my main interests. If I had my way, a watershed would be the primary political boundary.

The biggest highlight is watching the realization that I had in 1971 for a surfing environmental group grow from that little kernel to 6 people around a table in August 1984 to the scope and scale of Surfrider's work and reach with more than half a million supporters nationally.

Another highlight was being appointed to Congressman Sam Farr’s Monterey Bay National Marine Sanctuary Task Force, where we worked to establish the MBNMS. I represented recreational users and drafted that segment of the EIR.

A recent highlight was being appointed to the State of California’s Department of Water Resources’ “Water Plan 2013”. The State Legislature dictates that state water policy is reviewed every five years. In 2010, I was contacted to be a member of that review process. I was the only person to represent the entire coastline of California and the first time that our coastal waters had ever been represented in water policy decisions. It was a great honor.

I tell folks that there is power in numbers and that actually becoming a paid member of SF is extremely important. Dealing with issues, such as beach access and water quality, ultimately comes down to governmental agencies and politicians making decisions that affect surfer’s rights. When we started SF, I had envisioned a membership of over 100,000, much like The Sierra Club. Why? Because when politicians see groups with 100,000 members, those politicians see potential votes for themselves in the next election. And you really don’t want to piss off 100,000 passionate surfers.

Q: Where is your favorite beach and why?

Specific beaches hold special memories for everyone. One that means a lot to me is Manresa Uplands State Beach. In 1978 I was able to use my schooling and experience to successfully turn the State Park’s proposal from 80 acres of pavement for RV’s to a low impact park: 40 acres into primitive camping sites and 40 acres into a native biota reserve. 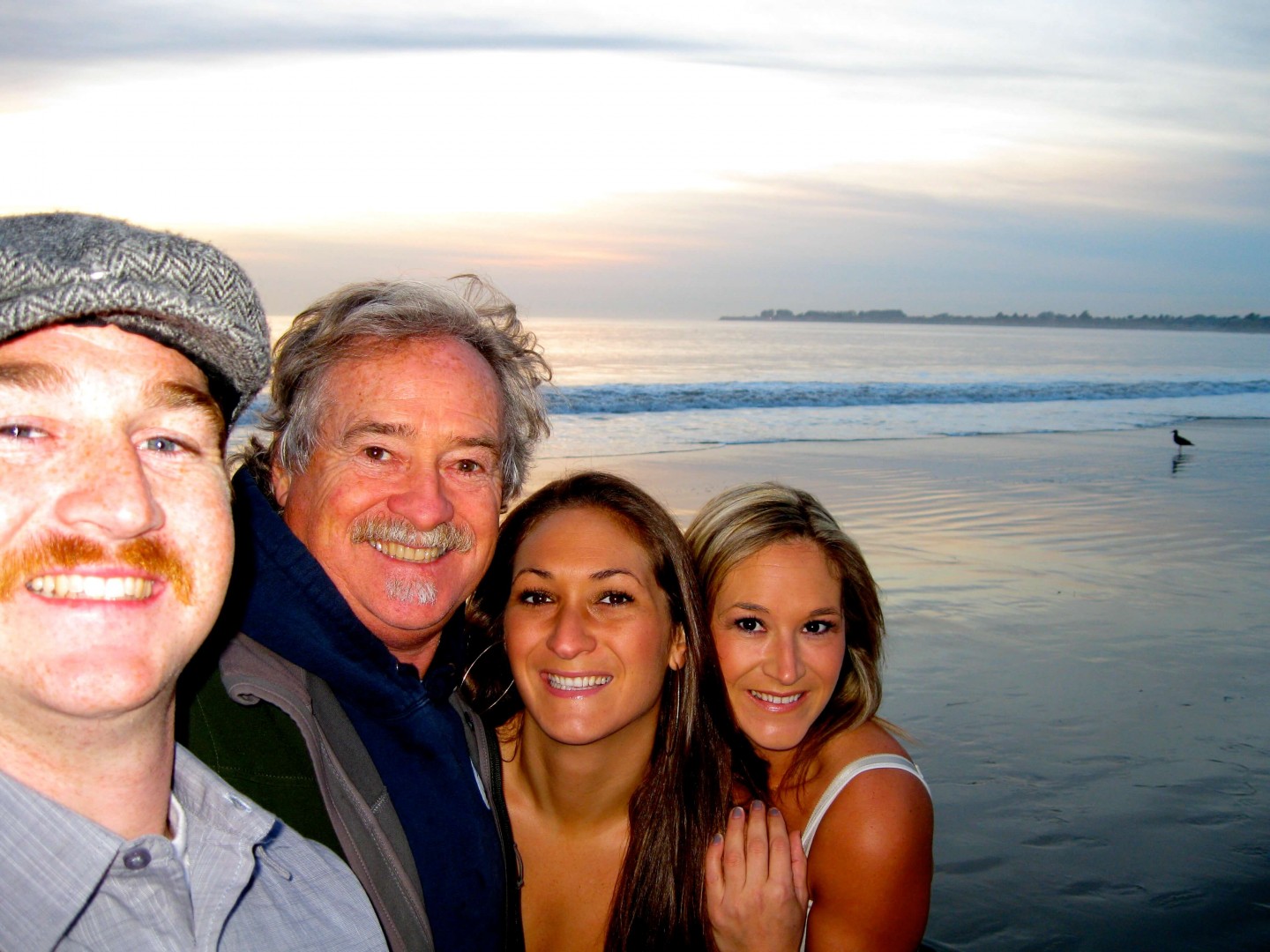 My favorite beach today is the stretch by my house where I walk everyday, Rio Del Mar and Seacliff State Beaches. My family has been enjoying this area of coastline for over 100 years.