Meet Heidi and Tom, the Eastern Long Island Chapter's power-couple who have endured water sampling through New York's cold-to-the-bone winters and unbearibly humid summers. Collectively, Heidi and Tom have taken over 500 samples at their favorite local beaches. These two are super-defenders of the environment and turn their global passion for clean water & healthy beaches into local action. Hear more about their story, how they got involved in the Blue Water Task Force and why being part of the Surfrider network is so meaningful to them. 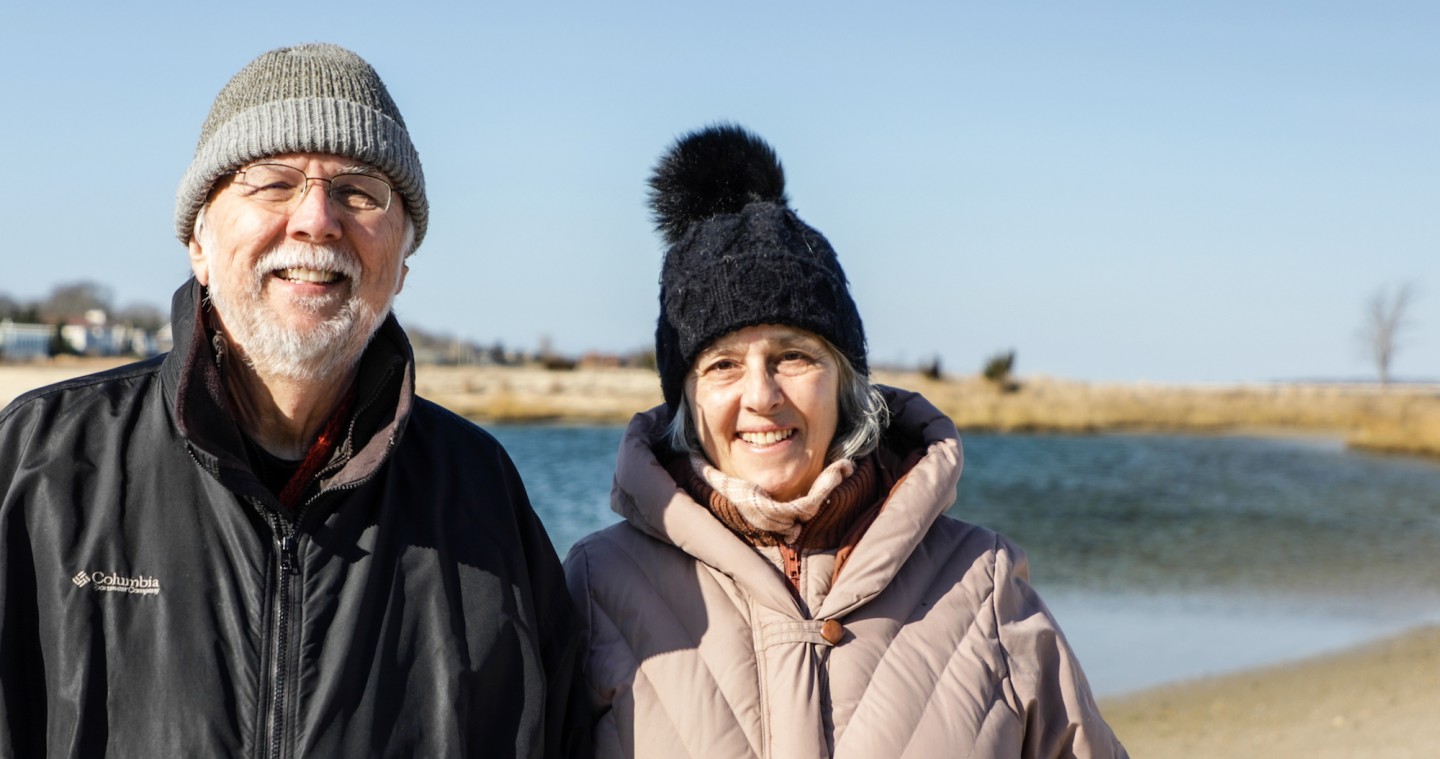 Cover photo and above photo courtesy of Bobby Alan.

For years, we came out to Montauk for a week every summer and when we retired, we moved out here. We met and befriended some pivotal people in our move toward environmental activism. Mike Bottini gave a talk in 2015 at our local health food store about the dangers of the Army Corps of Engineers’ plan to build a seawall on our beloved beach in Montauk. When we stood in protest on a natural dune in front of the backhoes - as did fourteen others, mostly Surfrider members, over the course of two weeks – we were bonded with Surfrider and deeply understood the organization’s purpose and value, though we failed to prevent the dune’s ultimate destruction.

Meanwhile, chatting over the Native Coffee she was selling at a local farmer’s market, Becky Genia, a woman of the local Shinnecock tribe, put us onto two websites (Idle No More, Indigenous Rising) for us to learn what we could do to support the Indigenous cause. In 2016, we learned about Standing Rock and subsequently became prayer and keyboard warriors. The stand against the pipeline (NoDAPL) seemed to come to an end with the Trump administration forcing the pipeline through.

After the “Water Protectors” camps were all destroyed, the Indigenous warriors in that battle told us to take that fire that had just been extinguished into our hearts and turn our attention to our own local waters and see what we could do to protect them. As members of Surfrider, we learned about the Blue Water Task Force and, three years ago, volunteered for water testing at several bays and ponds in Southampton. 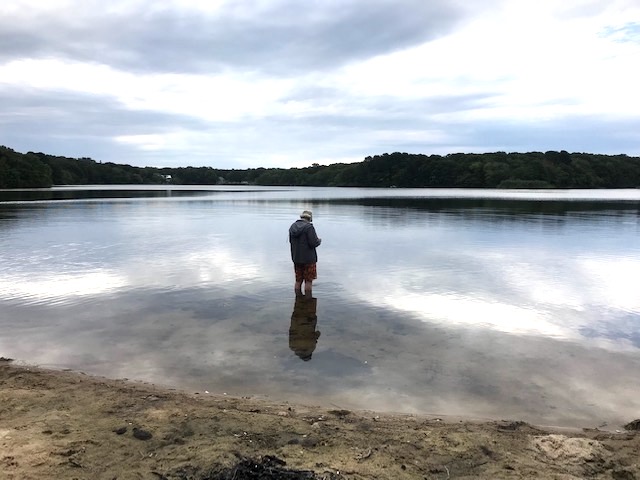 Q: What are some local issues that affect water quality in your community?

Local issues affecting water quality include the runoff of pesticides from the large lawns so prized out here, the outdated septic systems and cesspools that leach contaminated wastewater, and lack of incentive or inertia on the part of local government to make mandatory regulations that would reduce the toxicity of our waters.

Q: How is your Chapter responding to those issues?

Our Eastern Long Island Chapter of Surfrider has been very active in promoting a ban on plastic bags, affecting the health of oceans, fish and other marine life. The chapter spearheaded a Strawless Summer campaign that caught fire and soon the whole county adopted the policy of banning plastic straws - not just for the summer! (This has now reached New York City, too!) There are also inducements which include stickers advertising just how Green a restaurant is, which several of our local restaurants have managed to deserve, and we were enlisted to approach the ones we knew to get them to adopt more environmentally friendly practices. There is also an “Ocean Friendly Gardens” program which includes bioswales in East Hampton, on the Green in Amagansett and other places where replacing the old method of gardening (pesticides, etc.) with a more natural native plants and grasses approach substantially reduces the toxicity of these pretty looking but poisonous places in our villages.

Q: What has been the highlight of your Surfrider experience?

The most important highlight of Surfrider’s work out here on the East End was how they brought to the attention of the East Hampton Board the importance of coastal retreat, as opposed to the revetment that has conspicuously failed in Montauk. Now headlines in local papers appear with the word “RETREAT” which three years ago was never even mentioned. This is a momentous move in the direction of truly protecting our coasts rather than just catering to the needs of the wealthy or ocean-front motel owners.

Q: Why is being involved in the Surfrider Foundation important to you?

Being involved with Surfrider, particularly the Blue Water Task Force, has given us the opportunity to take a step in protecting the waters that we love - by testing them for enterococcus and then communicating to others about their exact, current state of health. Knowing that we are in our own small way, water protectors, aligns us with the warriors on this earth (Indigenous people and environmental groups) who represent the movement to save this planet, making climate change and the protection of nature our first priority. There is also nothing more blessed on earth than waking up and going out to standing at each of six beach fronts on a Monday morning, and entering the water to take a first step in protecting and healing them. 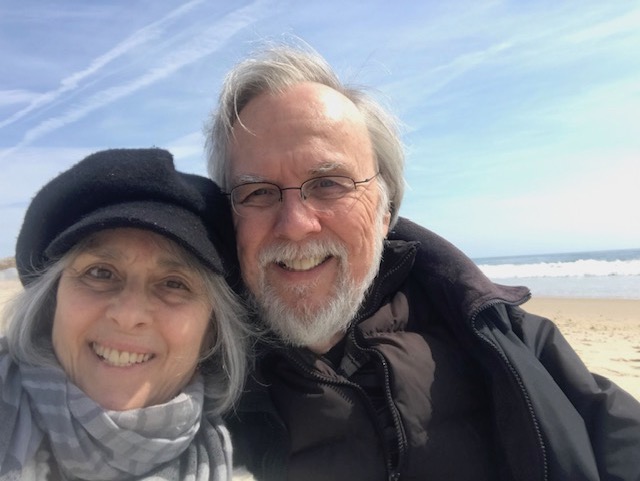 Q: How can we all pitch in to help protect clean water and healthy beaches?

The first thing we need to do in order to protect clean water and healthy beaches is to be aware of what is going on. On an individual level, there are now organizations you can join which have beach cleanups from time to time. But for real change to happen that will affect the health of our waters and of our people, a larger voice needs to be heard. In East Hampton now, there is mining going on which involves digging 110 feet down, disturbing the ground water and no doubt poisoning the wells from which people get their drinking water out here. The local papers have been really good about letting people know what’s happening. Journalist Karl Grossman monitors environmental matters here on Long Island while coastal ecologist Kevin McAllister leads the fights in the local courts against the latest travesties in terms of harm to the waters (the proposed revetments on beaches) and our health (toxic sprays still being used) – both of them, strong supporters of Surfrider. Supporting and linking up with Surfrider is the greatest tool we have in our campaign to educate the public. And out here you have to hit ‘em where it hurts – let them know that if the water is not drinkable and the beaches are too toxic to swim in, property values will go down. That’s the language that’s understood by the power brokers out here, who influence what the Town Boards eventually stand up for and mandate.

Thank you, Surfrider, for giving us the opportunity to work with you to protect our waters, and for all you do to let others know how we can all be part of such a worthy endeavor. 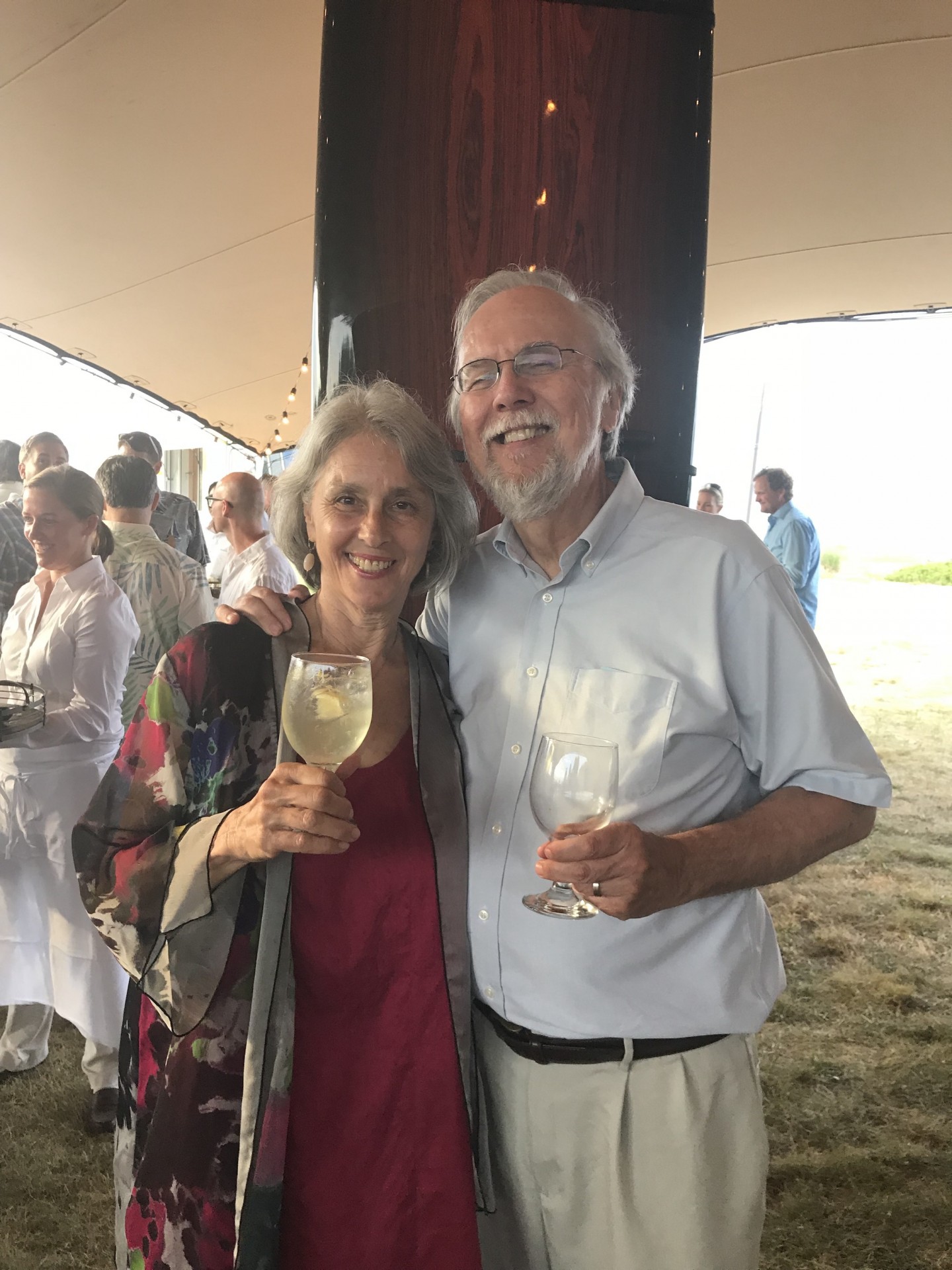