Hurricane Hermine: a Preview of the Fate of our Coasts?

Of all the frightening impacts associated with climate change, sea level rise poses perhaps the greatest threat to our coastlines. According to the latest science, sea levels are projected to rise upwards of 4 to 6.6 feet by 2100 under certain scenarios, putting our nation's beaches and shorelines in grave danger. Yet, the effects of sea level rise on the coast will not be felt in incremental changes that gradually take place. Rather, they will be felt during storm and flooding events where impacts on coastal communities are exacerbated. Hurricane Hermine, which recently wreaked havoc on the East Coast, provides a sobering preview of what the "new normal" could look like. 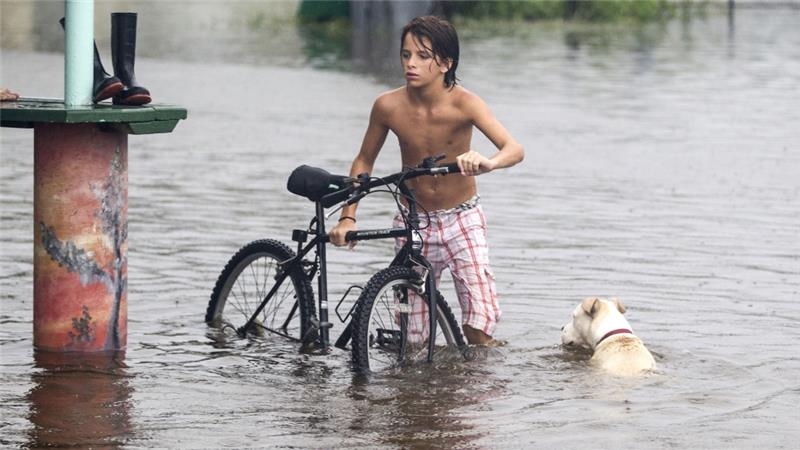 The category 1 hurricane made landfall on Florida’s northern Gulf Coast on September 2, bringing heavy rains and winds in excess of 80 mph. The storm surge combined with high tide levels resulted in widespread coastal flooding and left thousands without power. In Tampa, Hermine overwhelmed aging sewer systems forcing Pinellas County to discharge 7.3 million gallons of sewage into local waterways. Other municipalities in the area released sewage into the Hillsborough River and Tampa Bay. Communities have yet to fully assess the erosion to Gulf beaches, but some are speculating that Pinellas County beaches lost as much as twenty feet of sand.

As Hermine traveled up the South and Mid-Atlantic coast it was downgraded from a hurricane to a tropical storm. Yet, the storm still packed enough punch to cause high surf, excessive beach erosion, and flooding along the Atlantic seaboard. In North Carolina, Governor Pat McCrory declared a state of emergency for 33 counties as citizens in vulnerable locations were urged to evacuate. In Virginia, numerous roads and interstates in the Hampton Roads area were closed until flooding conditions abated.

By the time Hermine made its way to the Northeast, it had shifted offshore, saving coastal communities in New York and New England from the brunt of impacts. Still, the North Shore of Long Island and the Massachusetts coast experienced large waves and flooding events. In Montauk, NY, a recent “beach restoration” project opposed by Surfrider was exposed for what it really is – a coastal armoring project designed to protect private property at the expense of the public beach (photo credit: Jay Levine) 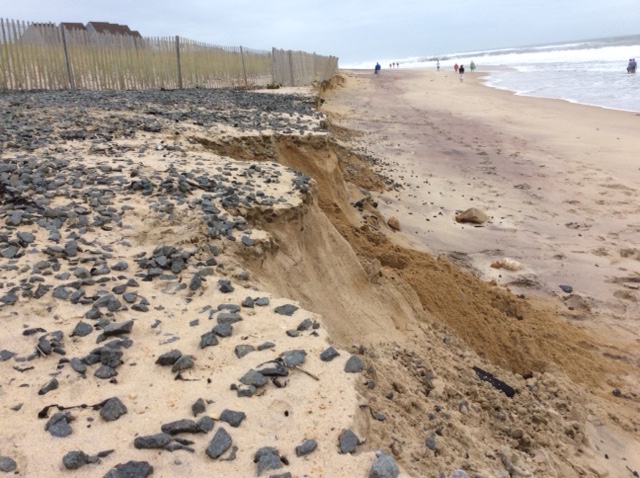 Throughout Hermine’s journey, the storm administered a test of coastal vulnerability along the Atlantic seaboard. Structures built too close to the shore or in low-lying areas were predictably the most susceptible to wave and flooding damage. Meanwhile, seawalls and other coastal armoring contributed to the loss of public beaches and natural shorelines as wave energy reflected and scoured the coast.

At St. Andrews State Park in Florida - an area that was only indirectly impacted by storm surge - jetties were blamed for extensive erosion including a four-foot escarpment that makes access to the beach difficult and dangerous. Beach-goers aren’t the only ones impacted by erosion, 19 of 26 unhatched sea turtle nests in the park were lost to erosion.

There’s also the question of whether Hermine itself was caused (or at least made worse) by climate change. During a campaign event, Presidential Candidate Hillary Clinton blamed climate change for the hurricane as she addressed an audience of supporters in Florida. While scientists are reluctant to attribute any individual storm event to the effects of climate change, we do know that a warming ocean is contributing to an increase in the intensity and frequency of storms.

In the wake of Hermine, one thing is clear: we need to do a better job preparing for future storm events that we know will come. This includes smart coastal planning to ensure new development is appropriately set back from the shoreline. It also means adopting living shoreline approaches over seawalls and other types of hard armoring that exacerbate beach loss and are destined to fail in the long run. Finally, it includes realigning some existing development – i.e., moving structures away from vulnerable shorelines – to protect both natural and human resources.

As recently reported by the New York Times in an excellent piece Flooding of Coast, Caused by Global Warming, Has Already Begun, we are far behind the curve in preparing our coastal communities for the impacts of climate change. Let’s hope Hermine, whose impacts could easily have been far worse, will serve as a wake up call to plan for the future.