Hydromodification is the alteration of the natural flow of water through a landscape, and often takes the form of channel modification or channelization. It is one of the leading sources of impairment in streams, lakes, estuaries, aquifers, and other water bodies in the United States.

Two such examples can be found not far from Surfrider's national headquarters in San Clemente, California.  Both Prima Deshecha Creek at the northern border of San Clemente and Segunda Deshecha Creek about one mile to the south have been straightened and channelized to facilitate development and address flooding concerns during storms.  The graphics below tell the story, showing how the lower portions of those watersheds looked in 1947 and how they look today.  In both cases, a meandering creek and an associated floodplain was staightened and channelized, and the effective area of the floodplain was reduced. 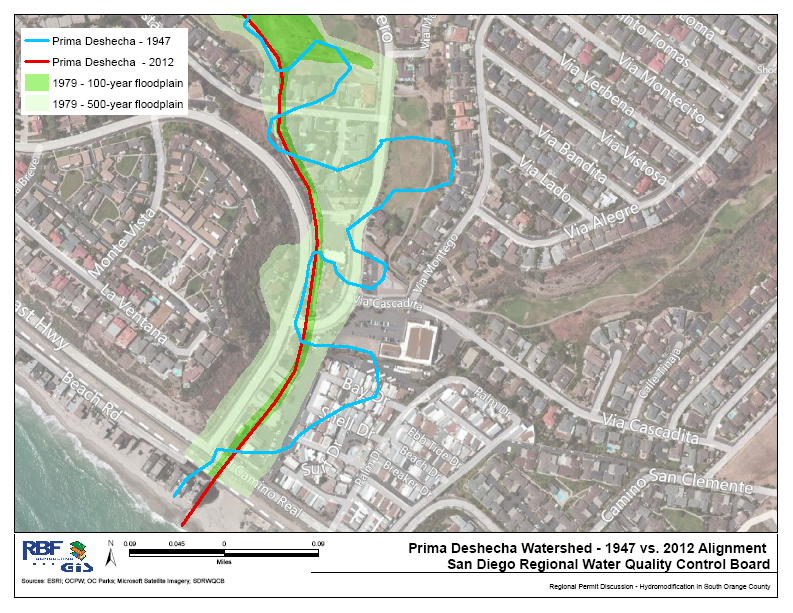 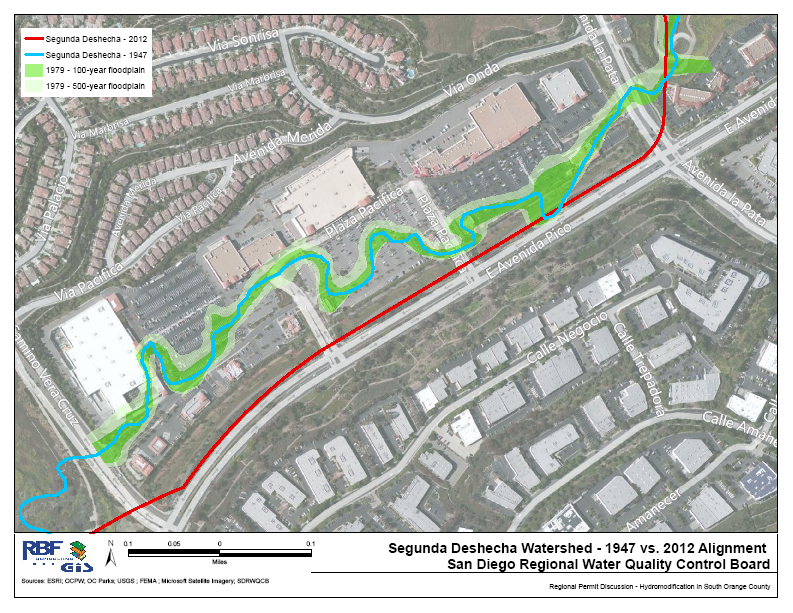 What have been the consequences of the hydromodification in those two watersheds?  Prima Deshecha ends at Poche Beach, which has long been noted as a beach with chronic water quality problems.  Segunda Deshecha (now the 'Pico Drain') ends at North Beach, another location with periodic water quality concerns. 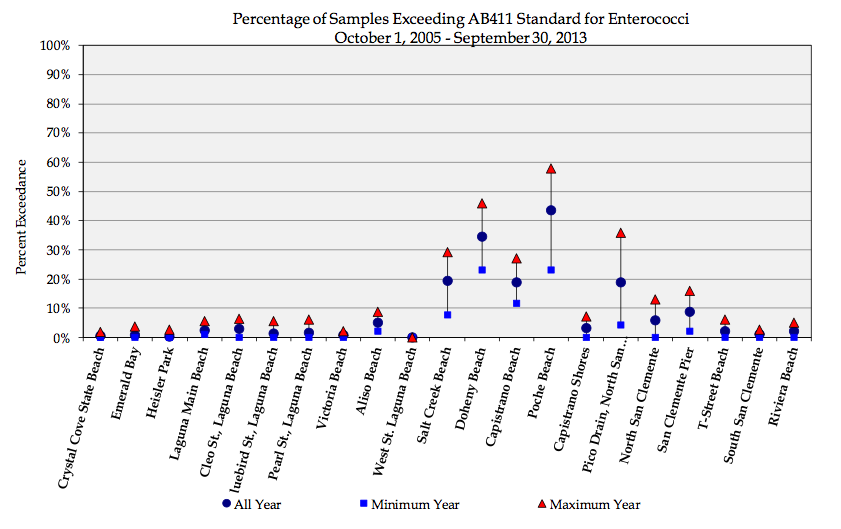 Once hydromodification and subsequent development in the watershed has occurred, it's very difficult to restore watershed functions and improve water quality.  Difficult, but not impossible.  Up the coast in Los Angeles, the LA River, a poster child for hydromodification and resultant poor water quality at its terminus in Long Beach, recently got some good news. The U.S. Army Corps of Engineers announced that they have decided to recommend approval of an ambitious, $1-billion proposal to restore habitat, widen the river, create wetlands and provide access points and bike trails along an 11-mile stretch north of downtown. Whether this will improve water quality remains to be seen, but it's certainly a big step in the right direction and an indication that some hydromodification can be 're-modified' to address impacts.