Look Out - Thoughts from the Beach

The other night I skimmed through the latest issue of The Surfer's Journal looking closely at each gorgeous photo, planning to come back later and read the full articles.  I got to the back section only to find this poignant essay from publisher Steve Pezman on the current state of the coast.  His perspective comes from decades of surfing and documenting changes along our shores. (note: emphasis is mine) 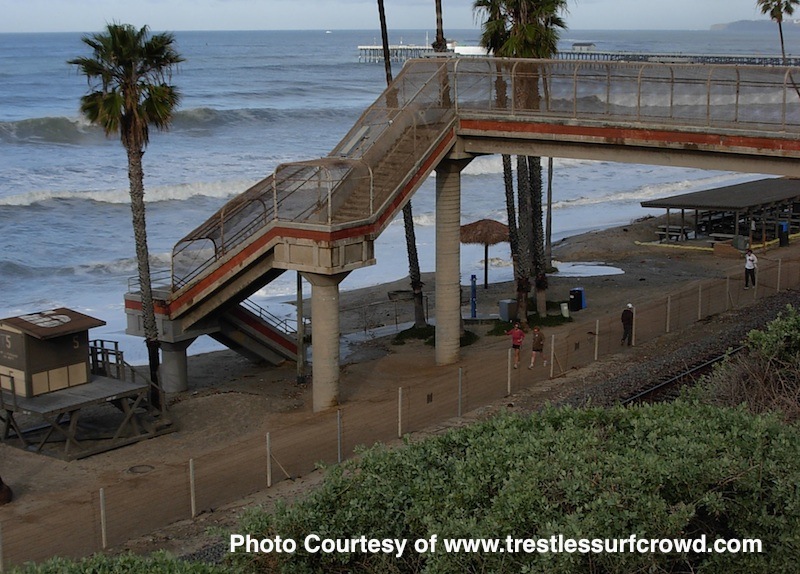 In the crystal clarity aftermath of our big rains, peering down from a beach front bluff top overlooking the coast north and south of T Street, I noted that the sand had been scoured from the beach leaving a few scant yards between the whitewater surges and the barrier of quarried granite boulders that guard the railroad tracks. Every now and then the city spends big to import sand to replenish that primary asset. What they put there always seems like foreign matter. Beach sand results from ages of erosion and streams and drainages sporadically delivering new material, which is then distributed by littoral currents pushing south in winter, north in summer, grooming the particles into Zen patterns, which our footprints obliterate.  We have built to the cliff's edges and stabilized them.  We have erected walls along the ocean to protect our structures.  We have bridged, dammed, and flood controlled the rivers, streams, and drainages and built jetties and other structures that interrupt nature's distribution system. Our species is mutating the grand design from which we all sprang for our own temporary convenience.  Our gross level of overpopulation, many times the carrying capacity of our globe, results in hundreds of thousands of deaths each year from spring floods, mudslides, and tsunamis - all tragic collateral damage of our species' malignant growth.  We wail over the human cost while more communities are built on mountainsides, shantytowns on flood plains, and great cities amazingly below sea level. We are shocked, no, outraged, when they are swept away. CNN reports on it. Federal committees seek to place blame. Too bad for us, like Michael Jackson's face, once altered, we know of no practical path back to where we began. Some stridently argue for us to postpone the rational conservation of nature in the name of preserving jobs and economics until some more practical later date. Let our next generation sacrifice to fix it.  Too often, that comfortable posture gets them elected to a post of influence. Such delusional self-destructive vanity might be nature's built-in corrections for a species that over multiplies - not pretty but effective. The future balance of our life-mode is frighteningly now up to us to invent, replacing nature's dynamic that spawned us upon this earth.  So far, it's been a losing proposition.  It's a race, but too few of us are in it.  Hope: The earth demonstrates a tendency to recover from abuse as quickly as it degrades, if the damaging factors are reversed before irreparable damage is done.  Will an overwhelming number of us come to our senses in time?