Managed Retreat: Looking Beyond the Buyouts 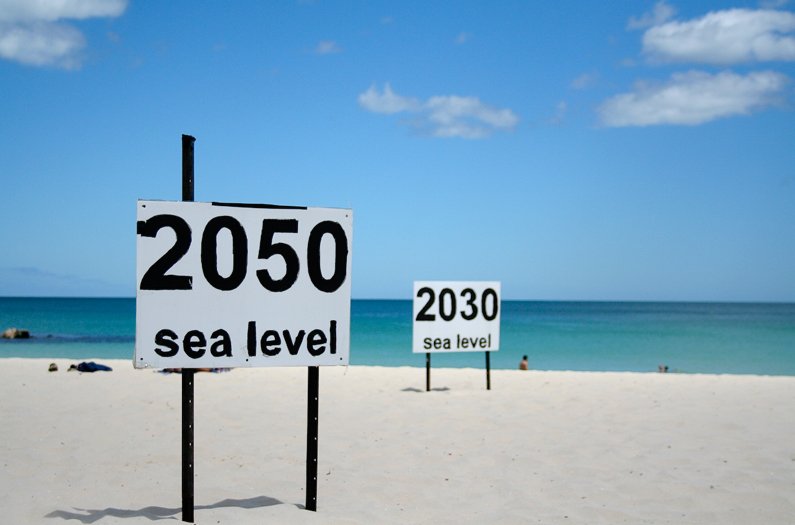 Those who call the coastlines home will be among the first to feel the pressures of sea level rise, and many already have. The real power of rising seas is often demonstrated through storm surge which leads to coastal erosion and extreme flooding in coastal communities.  Within the last 10 years alone, there have been over $400 billion in economic losses from major storms like Hurricane Sandy in 2012, Hurricane Matthew in 2016, and Hurricane Maria in 2017. In fact, as of July 2019, a research report conducted by Climate Central and Zillow revealed that homes are still being built in harm’s way. States like New Jersey, North Carolina, and Florida overall have 5,387 new homes fated to be in the annual flood zone by 2050 (almost $5 billion worth of property at risk).

Naturally, state governments and coastal property owners have sought out temporary solutions to this threat, solutions that are often reactive instead of proactive. The first line of defense is usually coastal armoring which includes fixed structures like seawalls, riprap, and bulkheads. However, these methods can cause erosion to adjacent parts of the coastline although they may be protecting another. Then there are “softer” erosion control measures such as beach nourishment and elevation of homes. Lastly, a small amount of states have considered moving development out of coastal hazard areas altogether, a method commonly known as ‘managed retreat’, but it is by far the least popular method.

In a sea of climate change adaptation measures, why does managed retreat continue to sink to the bottom of the list?

A 2017 study on managed retreat defined it as “the strategic relocation of structures or abandonment of land to manage natural hazard risk” (Hino et al. 2017). Simply stated, it is the act of moving further back from the coastline to avoid excessive damage during storms and other hazard events. Traditionally, governments offer individual homeowners money to purchase new homes further from the coast (commonly known as ‘buyouts’). A good example of this is New Jersey’s Blue Acres Initiative, a buyout program that is leading the way among coastal states. In an ideal world, managed retreat would be the obvious long-term solution and every coastal state would develop a managed retreat plan to begin moving back immediately. In reality, there are  financial, logistical, and cultural barriers that make implementing this strategy far from simple.

Hino et al. discussed the ‘levee effect’ feedback loop as a key barrier; this loop leads to increased development behind hard armoring once it is built. The study also recognizes that managed retreat is “spatially and economically different from many other risk management measures.” It is difficult for property owners to see the benefits of moving further inland, but doing so removes the ongoing maintenance costs often associated with hard armoring. Opting for managed retreat can minimize recurring costs “while permanently reducing natural hazard risk” (Hino et al, 2017). A third barrier that may bear more weight than the latter, is the attachment to place associated with “displacing people from their homes” (Hino et al).

You can imagine that most people are not easily persuaded to leave their homes despite the risks. Not only is it an expensive process, but communities spend years building and investing in an environment that they become proud to call home. A family’s willingness to move can depend on cultural heritage and access to coastal resources; the knowledge of whether a neighbor is relocating has also been found to have a strong influence on individual decisions to move (Hino et al.). For some, settling in these coastal hazard areas was not by choice, but a forced set of circumstances that made community members come together to survive. And now these communities are some of the first to figure out where to retreat and how to pay for it.

The Isle de Jean Charles in Louisiana is home to Native Americans of the Biloxi-Chitimacaha-Chotaw Tribe, a people who were historically forced from their homelands by the Indian Removal Act of 1830. Sea level rise, in conjunction with other environmental factors, has slowly been converting the island to open water where the only road that connects them to the mainland now floods frequently, threatening to isolate residents from the rest of the state. With the help of state government, the tribe was awarded $48.3 million for community resettlement through the National Disaster Resilience Competition and is the only “government-funded climate relocation in the country.”

Stories like the Isle de Jean Charles project are not uncommon, as many people are wrongfully displaced and then left to fend for themselves, and not all are as fortunate to receive government assistance. In today’s society, these types of events can fall under redlining, which is historically a discriminatory practice against poor people of color in the housing market. This can lead to communities being disproportionately exposed to environmental hazards and eventually having to consider options like managed retreat.

As we continue to explore the idea of moving back from rising seas, we must be open to discussing these options in a more holistic way and avoid simply providing monetary handouts. And more importantly, state governments must be willing to meet resident’s half way to help make managed retreat a more feasible option.