A day at the beach should be fun and enjoyable. Unfortunately, beachgoers heading to Miami Beach are being greeted by double red flags and signs posted at access points warning of contaminated water. The latest warnings are due to a series of sewage spills caused by pipe breaks and ruptures.

Miami, and much of South Florida, has a long history of sewage failures that impact local water quality, ecosystem health and the safety of beachgoers. Surfrider Miami launched their Blue Water Task Force (BWTF) water testing program in March of 2018 largely to generate data that would better inform beachgoers of the risk posed by these types of sewage discharges. 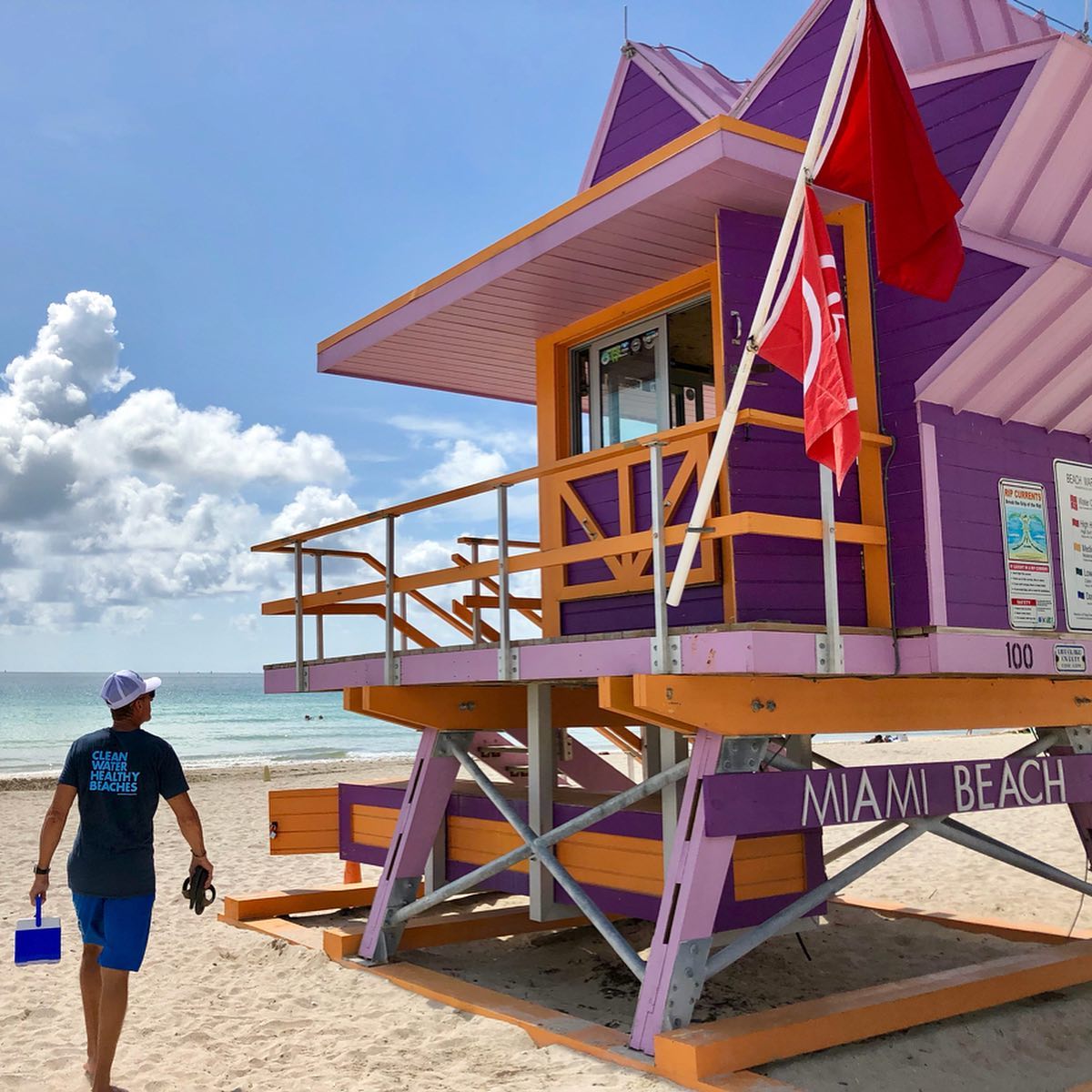 The Miami Chapter has established their sampling schedule to fill in the gaps left by the State’s testing program. The Florida Healthy Beaches program collects water samples from Miami’s beaches every Monday as part of their weekly water quality monitoring program. The chapter tests later in the week on Thursday to provide fresh data to inform safe beachgoing for the weekend. The first Miami BWTF sampling event this month on August 1st, occurred on the morning after a sewage line broke on the bay side of Miami Beach between 5th and 10th street. As a result, the City issued a No Swim Advisory in Biscayne Bay and along the Atlantic Ocean from 1st to 5th Street.

On August 1st, Surfrider’s BWTF data showed high bacteria levels above the health standard at each of the 6 beaches they test from 1st Street up to 174th Street, except at 21st Street - which is protected from normal lateral ocean currents by a breakwater. The Chapter immediately sent out their weekend water quality report via email and social media to inform the community of the sewage spill, the No Swim Advisory issued by the City, and their water quality results that demonstrated the larger area of the coastline that was affected by the spill. Chapter volunteers also went back out on Saturday to pull additional samples and found that bacteria levels at all beaches had returned to normal except at 174th street. This information was likewise shared with the community via the chapter’s normal communication channels. 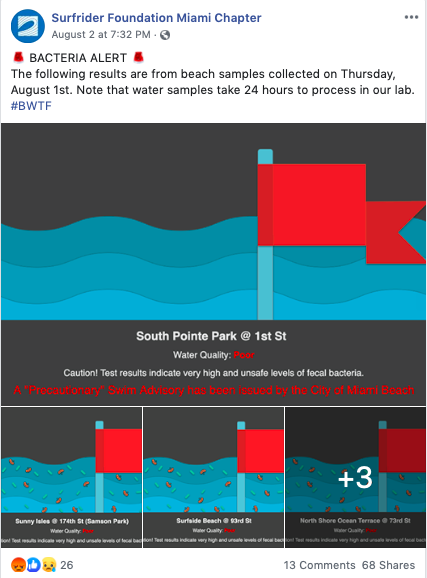 Meanwhile, the City was testing the Bay on a daily basis but the State didn’t get back out to the ocean sites until the following Monday. The City left its advisory in place until bacteria levels at all sites returned to normal on Wednesday Aug 7th.

This recent sewage spill event shows how valuable it can be to have citizen science programs on the ground ready to respond to pollution issues that can affect public health. The Miami Chapter was able to provide more information in a timely manner on the impact of this spill at ocean beaches where people are recreating.

Unfortunately, since this spill happened at the end of July, another line break occurred in the northern part of the county that has resulted in over 1 million gallons of raw sewage being discharged into the Intracoastal Waterway while crews scramble to make the difficult fix to this sewage line.  The earlier spill that occurred two weeks ago in South Miami that is affecting beaches on Key Biscayne also continues. Because there does seem to be some confusion in the community on what exactly the reporting requirements are of sewage spills and what the appropriate agency response should be, the Miami Chapter is communicating with the City to better understand the procedures that determine exactly where the No Swim Advisories are issued and how those risks are communicated to the public. The chapter is seeking to help build community awareness of these issues and to provide beach goers with the most accurate and timely information needed to protect their family’s health at the beach. 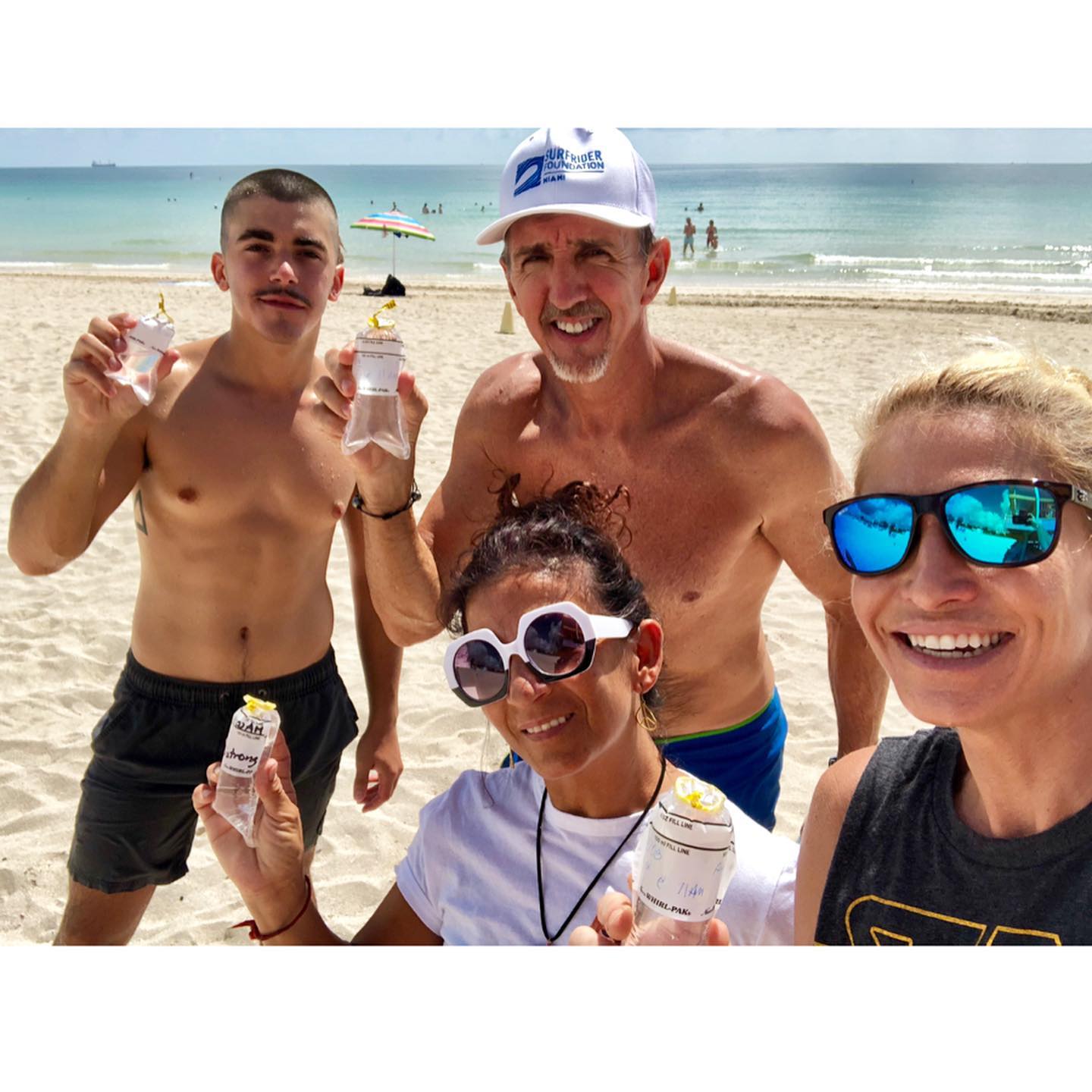 Visit Surfrider Miami's website to see where they are testing, view their results, and to learn how you can get involved. Keep up with local happenings via Miami Surfrider's Facebook page.

Meanwhile many other counties are dealing with similar sewage spills and infrastructure failures across Florida. The below map from DEP shows reported spills in Florida from the past 30 days, as shared by an article in Florida Today. 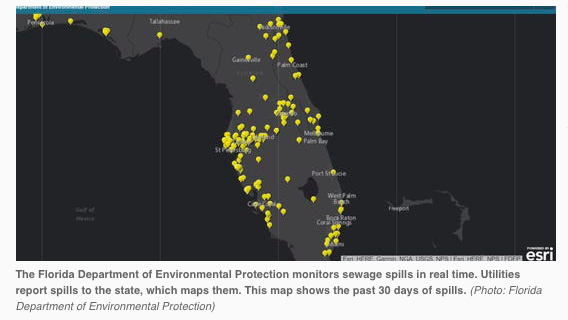 It’s always smart to play it safe and check local water quality conditions before you head to the beach. Surfrider’s new beach water quality tool provides the access to the best local source of water quality information and advisories in every coastal state.