*This blog was co-authored by Kurt Fuchs, Secretary of the Eastern Long Island Chapter and Stefanie Sekich-Quinn, Coastal Preservation Manger of Surfrider Foundation.  Photos were taken by Valerie Hoffman*

The fateful storm that finally exposed the geotextile sandbags in downtown Montauk came and went by the name of Hermine.  Over a three-day period, Hermine brought big surf, ranging from 4-8 feet and created a three-foot storm surge.  Ironically, locals did not view this as a particularly major storm (compared to other larger storms witnessed by Chapter activists).  The real kicker is that Hermine was the first storm of the season.  Had this been a much larger storm, with a southeast wind and a bigger storm surge, the Army Corps Project would have been unzipped like a zipper. 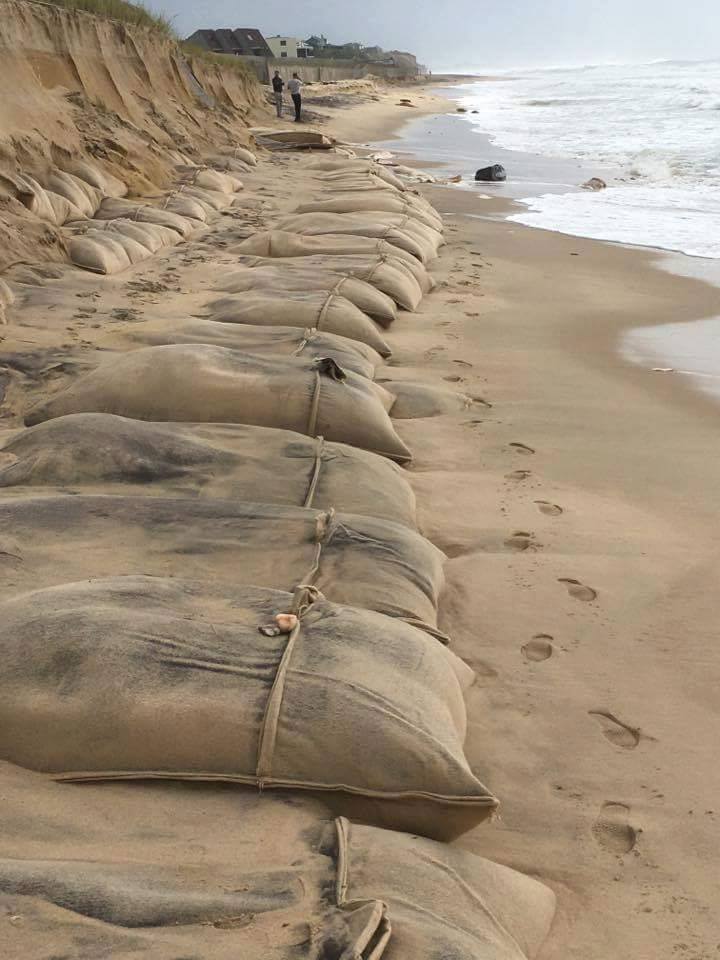 This particular area exposed by Hermine is a definite weak point in the project. Pictures taken by the Army Corps from prior seasons show a considerable beach profile drop and sand loss.  The entire stretch of beach has many structures sitting on top of the existing dune—leaving no room for the natural ebb and flow of sand to maintain a ‘proper dune’ that can withstand a storm. 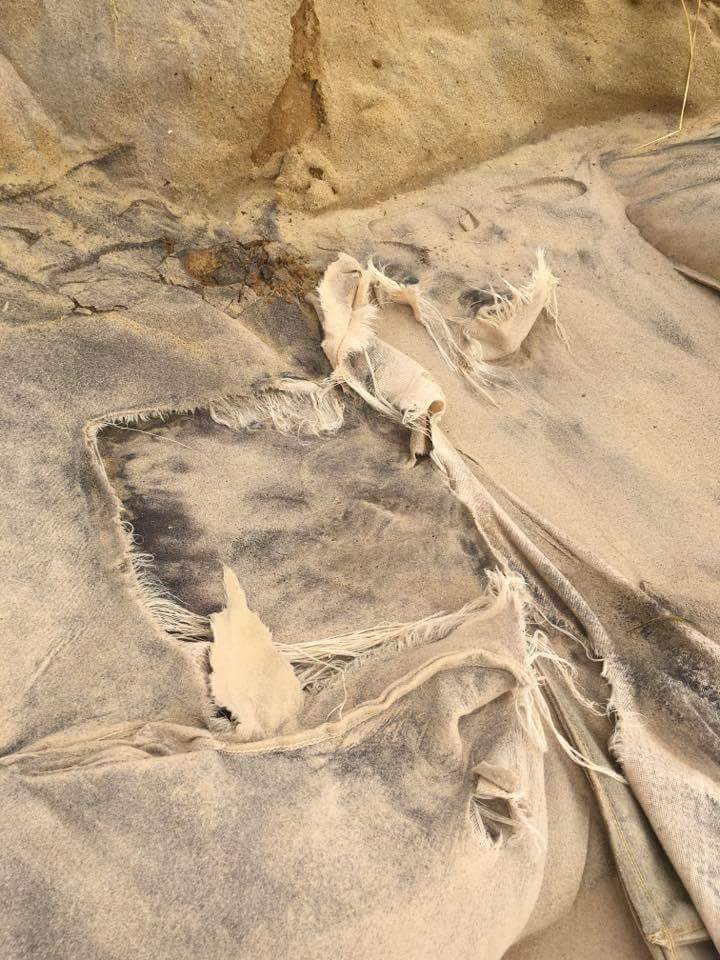 Now, locals are faced with a problem they suspected might occur—bag exposure.  Chapter activists worry that future storms will continue to expose the geotextile sandbags and litter the beach with plastic and polypropylene (materials used to create sandbags).

When the Army Corps started the project last year, they acknowledged a final component of the project would include beach fill, however they had not ‘finished’ that part of the project.  Clearly, the Army Corps will be depositing sand on the beach in the near future.  And while Surfrider believes this will have some temporary benefits, the real solution here is to restore the natural dune, remove the bags as they are exposed over time, and let mother nature rebuild a healthy dune—ultimately protecting downtown Montauk for years to come.

The Eastern Long Island chapter will continue to work with the local community and the Army Corps on preserving Montauk, and they hope more progressive ideas such as relocating vulnerable infrastructure will be considered in the long run.  After all, sea level rise is guaranteed to inundate the coast and continued use of geotextile bags will further erode this precious beach. 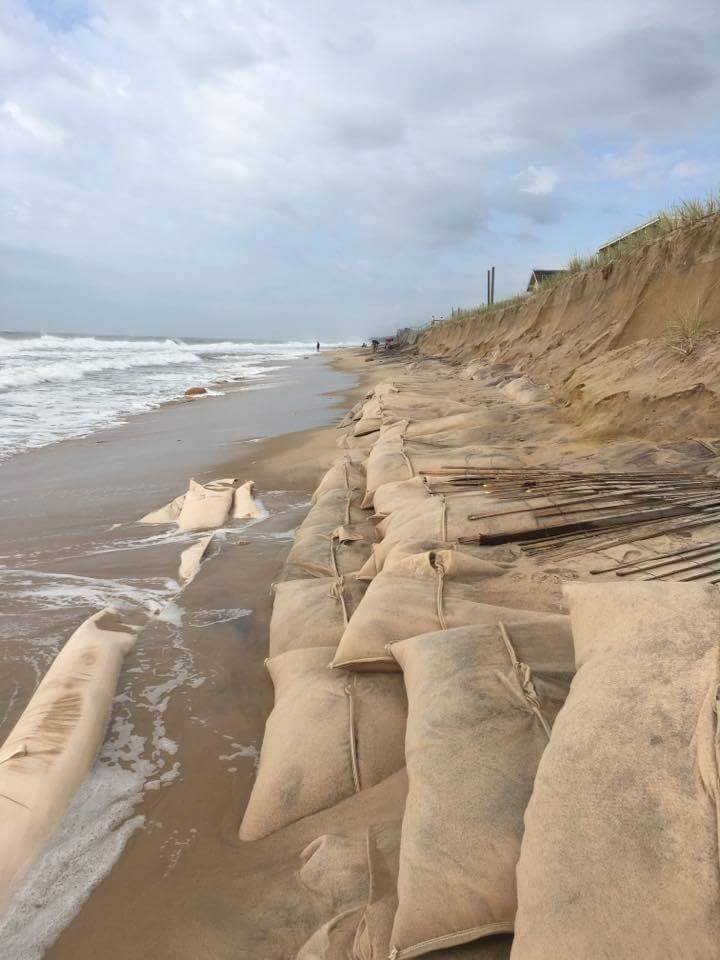 Relocating structures and people is not a far-fetched idea as it is currently happening around the world.  In fact, in Louisiana a Native American tribe located along the coast is relocating the entire community because they have lost nearly 98% of its land since the 1950s.

Climate change and sea level rise will continue to pose challenges, but the Eastern Long Island chapter is hopeful the community will work together to find long-term solutions that protect the beach and taxpayers.