A Community Effort for Clean Water in Newport, Oregon

A decade-long collaboration of citizen science, government and youth to protect clean water and healthy beaches

The Surfrider Chapter in Newport, Oregon started out as a volunteer water monitoring program 15 years ago and has since grown into an effective and well-respected voice in their community for positive change.  The Newport Chapter is providing credible data and information to state and local agencies, elected officials and other stakeholders to solve water quality problems and to protect healthy beaches.

The BWTF lab in Newport, Oregon is located at the Oregon Coast Aquarium. Surfrider volunteers collect water samples from local beaches and upstream waterways, and a dedicated group of youth volunteers process the samples at the Aquarium and enter the results online.

Back in 2005, the chapter first approached the City of Newport with their concerns of a potential health risk at the beach.  Their water quality data was showing consistently high bacteria counts at Nye Beach and in Nye Creek.  The City responded by posting warning signs at the creek, and the Oregon State Beach Monitoring Program started sampling Nye Beach and the Nye Creek outfall for the first time.  Chapter volunteers continued to show up at City Council meetings asking the City to investigate the cause of the pollution.  But nothing really happened until the Aquarium Youth Volunteers, under the guidance and mentorship of the chapter, made a similar presentation in 2007 asking the City to find and fix the source of pollution into Nye Creek.  The kids were harder to say no to, and the City conducted smoke and dye testing in their storm drains and discovered several misconnections. Seven properties were discharging directly to the stormwater system instead of the city sewer, and these were immediately fixed. 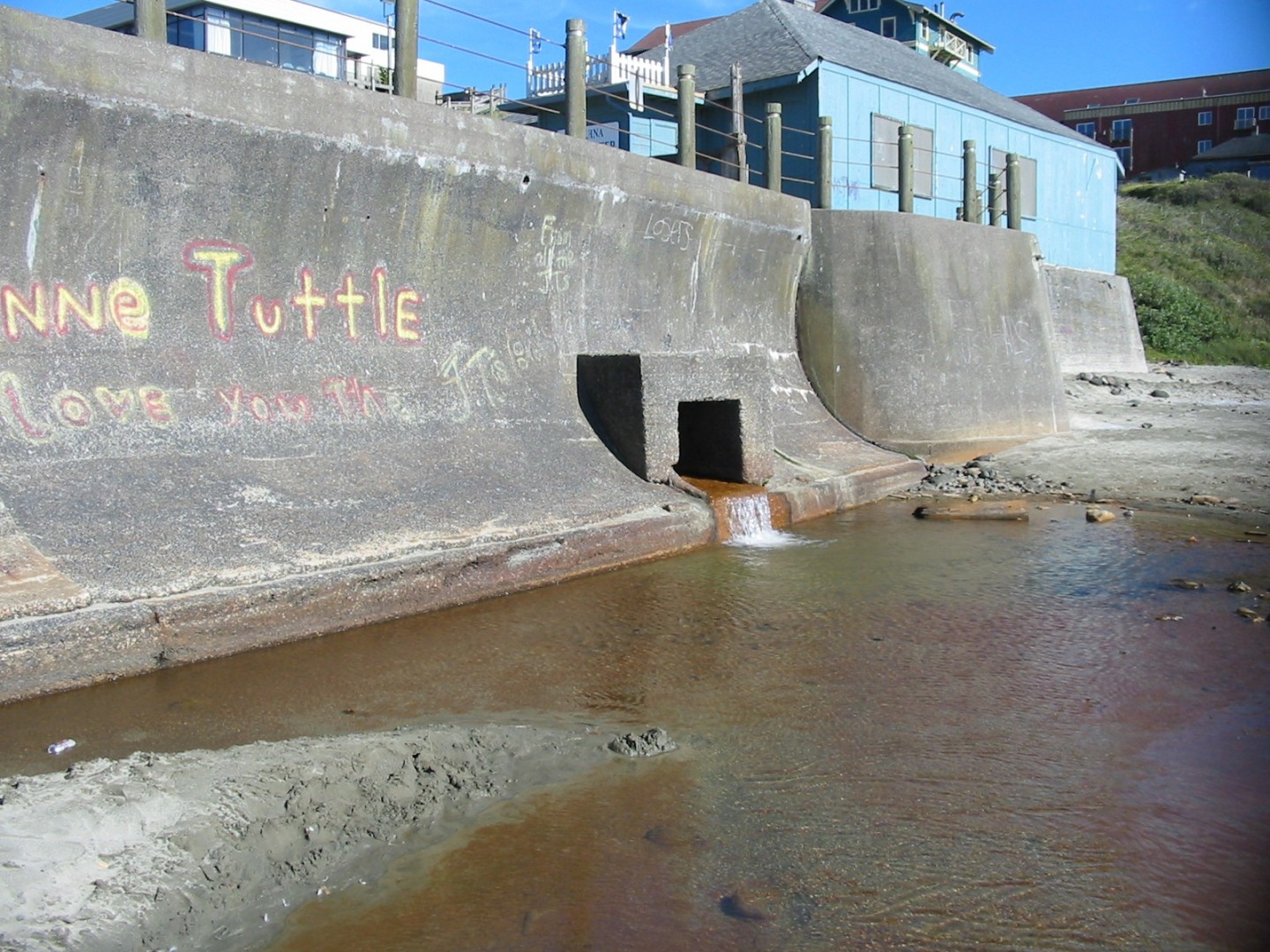 Although, water quality improvements were soon realized in the creek, the chapter continued to work with the youth volunteers and the City to address the impacts of both stormwater runoff and aging infrastructure throughout Newport.  This included a multi-year effort to map the City’s sewer and stormwater infrastructure and successfully advocating for revisions to the municipal code to mandate best management practices for sewer, stormwater and other non-point source pollution controls. In 2013, the City established a new stormwater utility and an opt-out incentive program for residents and businesses that disconnect from the system and instead install green infrastructure to prevent rainwater from leaving their property.  Learn more about the chapter’s early successes in affecting positive change in their community.

To further address stormwater, the Chapter installed an Ocean Friendly Garden at Newport City Hall.  This video does a great job of documenting the installation, function and maturation of this OFG.

While Newport has enjoyed good water quality at their beaches in recent years, the State Beach Program detected a very high spike in bacteria in Nye Creek during the fall of 2015.  The State called on Surfrider to confirm their test and once verified, the City asked the Chapter to conduct further testing to help them figure out where the pollution was coming from.  To answer this call for help, the chapter partnered with the aquarium, and with funding from the Oregon Community Foundation, developed an internship program for a local high school student to perform strategic sampling throughout Newport’s stormwater system to hone in on the problem areas.  Leland Wood, who already had several years experience working in the BWTF lab at the Aquarium, was selected as Newport’s first Blue Water Scholar, and he worked alongside City engineers, Surfrider volunteers and Aquarium staff throughout the winter to perform the testing. 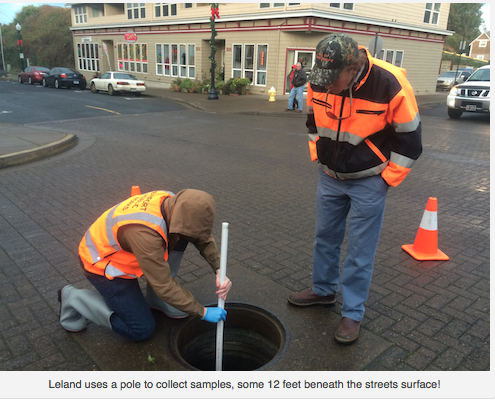 While the partners have yet to find the major source of bacteria for recent pollution events, this collaboration has provided a lot of valuable information that has been able to eliminate certain areas of Newport’s stormwater and sewer infrastructure and prioritize others for further investigation. Read more about Blue Water Scholar program.

And so the journey continues, but thus far the Newport BWTF program tells an amazing story of transformation as a city is made aware of a new pollution problem, is convinced of the necessity of finding and fixing the sources of pollution, and after a decade of collaboration, begins turning to the chapter to ask for assistance in finding and fixing the sources of pollution when new issues arise.