The City of San Diego’s Water Purification Demonstration Project has been on-line since last summer, and based on a report issued February 1, the purified water met all drinking water standards, which included testing for more than 300 compounds.  In fact, it did even better than that. The City also tested for 91 Chemicals of Emerging Concern —compounds found in personal care products and endocrine disruptors that might be found in wastewater, but are not currently regulated as drinking water pollutants by state or federal law. Of the 91 compounds, only two were detected in the ultra-purified water.  By comparison, 13 of those 91 compounds (including the two found in the ultra-purified water) were detected in the imported water that makes up the bulk of San Diego's drinking water. 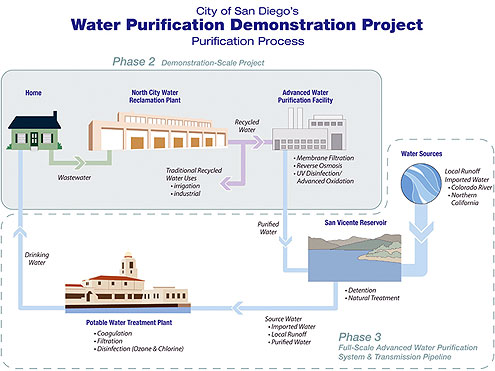