While the Surfrider Foundation has been fighting for over a decade to reduce plastic pollution through effective policy, the plastics industry has constantly taken deliberate steps to proliferate plastic, most recently trying to take advantage of the current pandemic to ask Congress for a billion-dollar ‘bailout’ under the RECOVER Act.

The story is not new to the Surfrider Foundation. We have spoken at countless public hearings where paid plastics industry lobbyists tout the benefits of single-use plastics and recycling as the answer. We have gone toe-to-toe with these lobbyists and pushed for laws aimed at reducing single-use plastic products - much of which we’ve won.

At the height of this global pandemic, while the attention of most people is elsewhere, the Plastics Industry Association (PLASTICS) wasted no time in unsuccessfully lobbying the Health and Human Services Secretary to make a public statement declaring an official preference for single-use plastics. More recently, the plastics industry has lobbied for further government subsidies and is asking Congress for a billion-dollar bailout. In their letter to Speaker Pelosi, they said “While the current language in the RECOVER Act calls for $500 million over five years, we feel the time is right to seek a program of $1 billion.” As background, the RECOVER Act is a bill supported by the plastics industry that has been languishing in Congress. The RECOVER Act seeks federal taxpayer dollars to fund a broken recycling system for plastics that have never been very recyclable in the first place.

“While the current language in the RECOVER Act calls for $500 million over five years, we feel the time is right to seek a program of $1 billion.”

Standing in stark contrast is the Break Free From Plastic Pollution Act, which the Surfrider Foundation has helped to develop and actively supports. The Break Free From Plastic Pollution Act creates a comprehensive policy aimed at banning certain plastic products, instituting a national bottle bill, putting a temporary moratorium on new plastic plants, requiring post-consumer recycled content in some products, and—most importantly—creating an Extended Producer Responsibility (EPR) program that would hold producers responsible for the cost of recycling or disposal of their products. 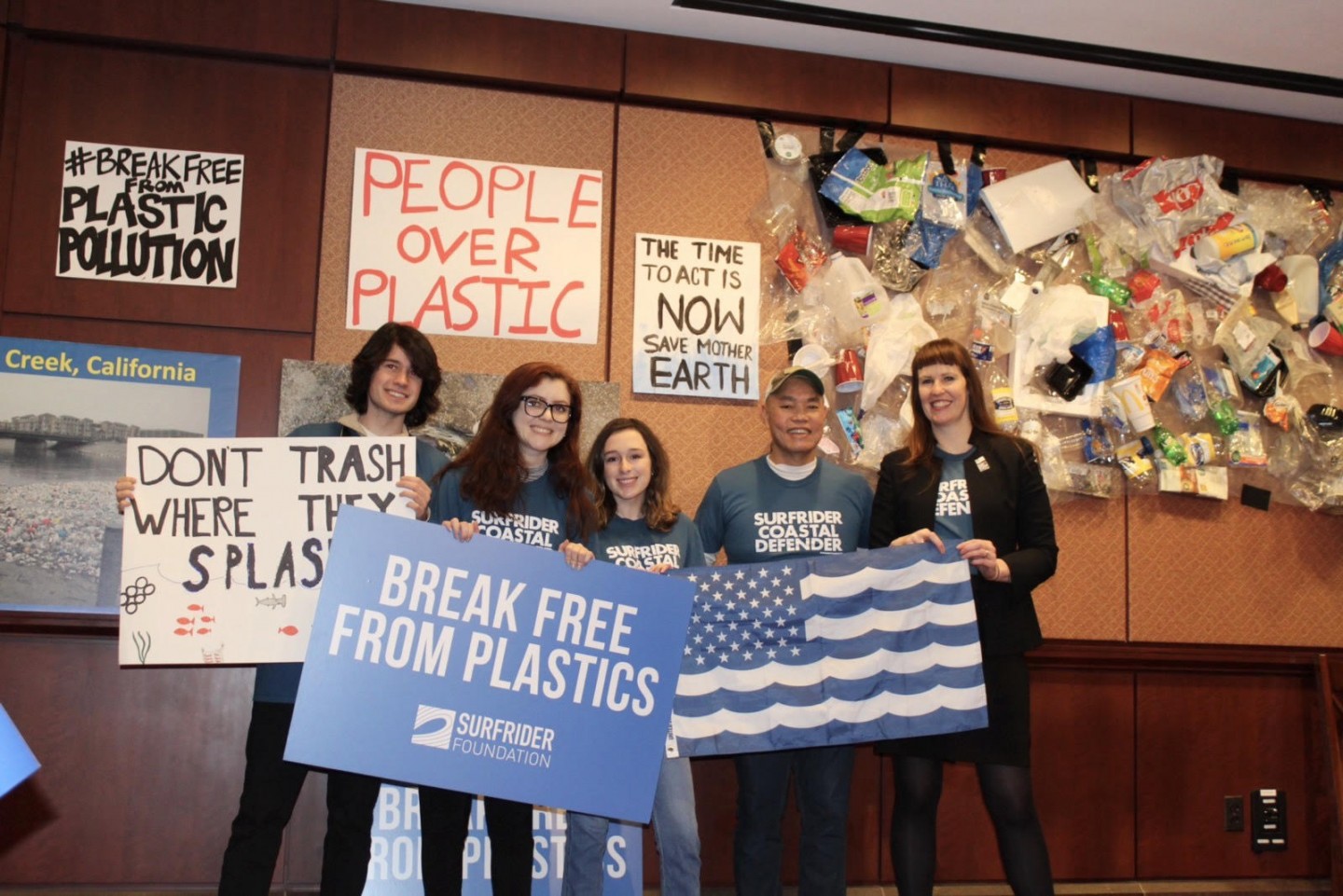 Taxpayers should not be on the hook for creating a profitable recycling system for the plastics industry, and the blatant billion-dollar money grab by the plastics industry in a time of crisis makes the need to move swiftly with EPR programs abundantly clear. As municipal budgets are cut due to COVID-19 concerns, recycling and waste reduction programs are often first on the chopping block. The EPR program outlined in the Break Free From Plastic Pollution Act would require producers to pay for these programs rather than unfairly externalizing that cost of recycling to local governments, thus the programs would be less susceptible to municipal budget cuts. Lastly, with oil prices at record low levels, the price of virgin plastic is also at incredibly low levels, and without mandatory post-consumer recycled content requirements, there is little incentive for even the most valuable type of plastic (PET bottles) to find a buyer and be recycled.

Make your voice heard to your federal elected officials by sending our action alert in support of the Break Free From Plastic Pollution Act. Also, be sure to watch The Story of Plastic and Plastic Wars to uncover the truth for yourself.