Over the past year, a group of surfers from Surfrider Foundation’s San Diego Chapter have been out riding waves and collecting valuable data about the ocean as some of the first members of the Smartfin program. The Smartfin is a surfboard fin with sensors that measure multiple ocean parameters including temperature, location, and motion (sensors that measure pH, dissolved oxygen, and chlorophyll are in development). Using an app on their phone, the data surfers acquire while in the water becomes accessible in near real-time to the world-wide scientific community. But Smartfin is not only about the data. It is also an effort to connect surfers and their communities to larger issues affecting ocean health. Using the data collected with Smartfin, we will be able to better understand trends in ocean warming and acidification and mobilize our communities to take action to combat these problems caused by climate change.

In May 2017, 50 surfers from the San Diego Chapter volunteered to test out the Smartfin and provide feedback to the team of engineers and project managers. The primary goals of this Pilot Program were to (1) identify surfers who would use the Smartfin most often, thereby collecting more data, (2) identify which features surfers like or don’t like, and (3) identify ways to communicate to Smartfin surfers and the larger community the reasons we are collecting this data.

Over the course of the past fifteen months, we’ve been collecting this feedback and learning from the surfers’ experiences to make improvements to the Smartfin technology as well as how to recruit, retain, and educate Smartfin surfers. Below are some of our lessons learned.

A surfer needs to have access to the right equipment, and ideally will surf the Smartfin twice a week. The Smartfin is designed to fit inside a Futures fin box because the design of a Futures fin allows for more space to fit a Smartfin circuit board.  We quickly realized that not everyone had the right set-up to surf a Smartfin. At the same time, we noticed that some surfers were having difficulty operating the Smartfin and uploading data. As a solution, we started organizing Smartfin Demo Days. Smartfin Demo Days are opportunities for anyone interested in surfing with a Smartfin to get a live demo before taking it out in the water. Anyone and everyone is invited to attend, but we require that a surfer bring their own surfboard with a Futures fin box if they want to surf with the Smartfin. By offering these Demo Days, we can ensure that surfers checking out a Smartfin have the right equipment, and can answer any questions they might have. 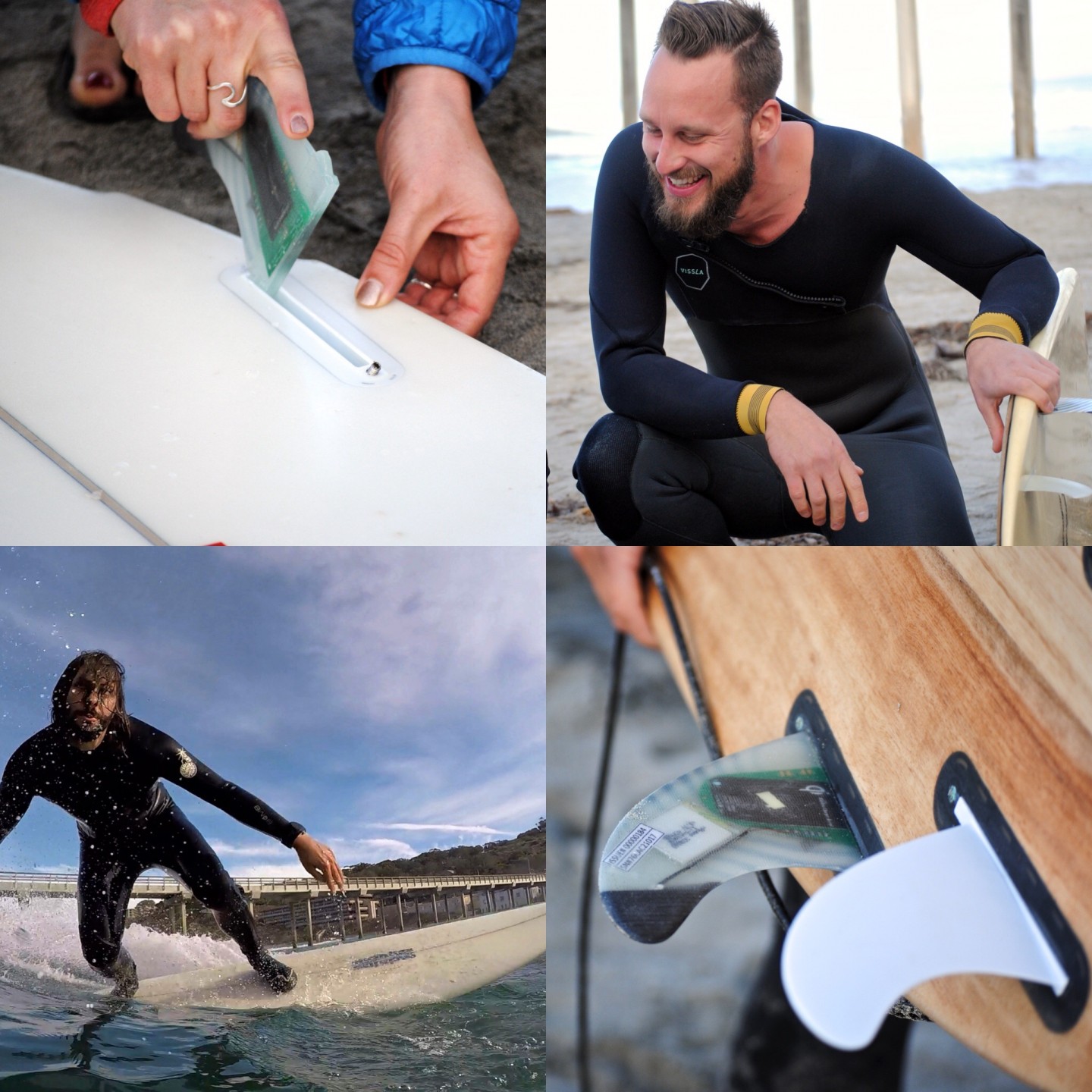 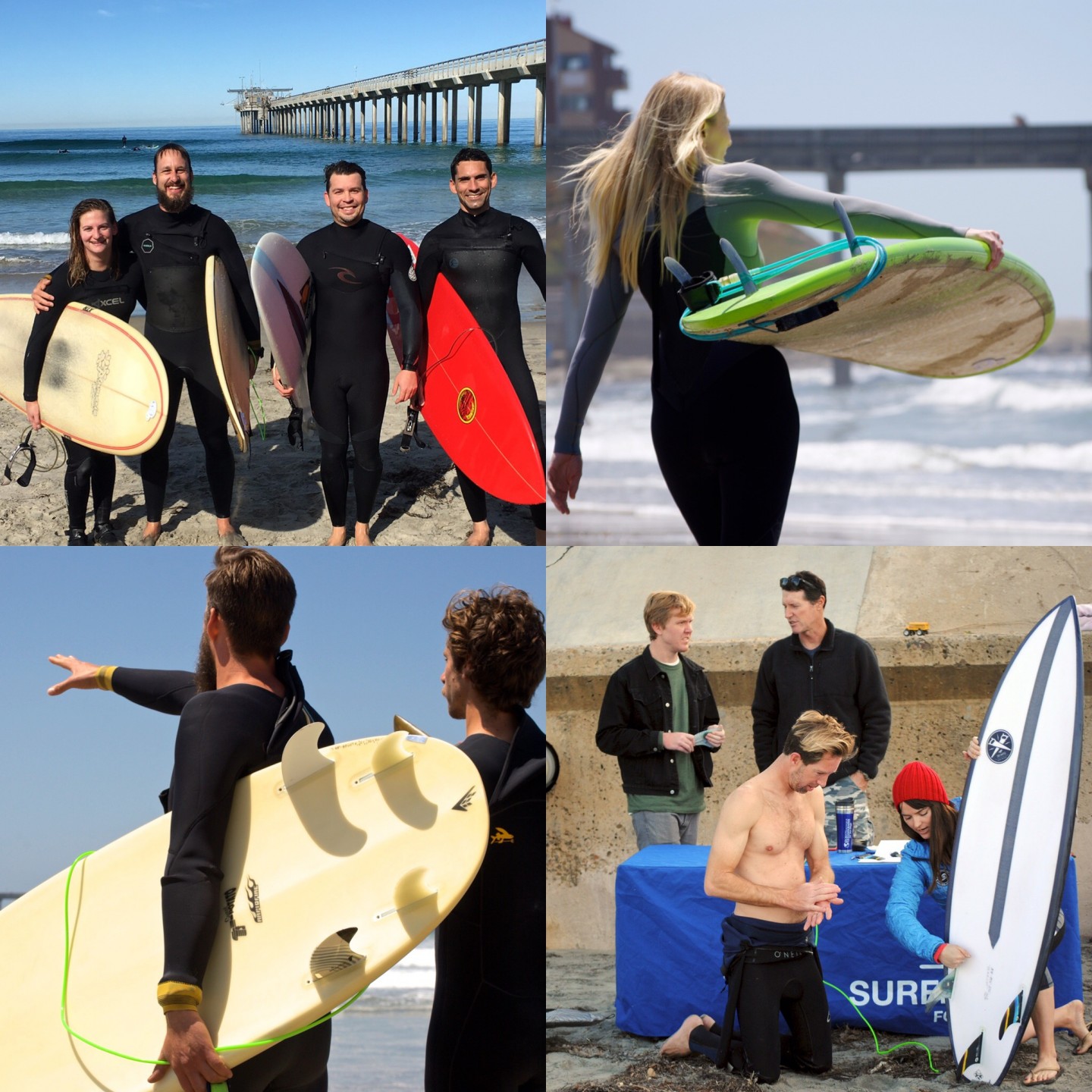 The Smartfin needs to be easier to use. Some surfers encountered some difficulties turning the Smartfin on and off, and also while trying to upload their data. As a result, our partners at Scripps Institution of Oceanography are underway on improvements to make both those features automated. The next generation of Smartfin will be activated by a water sensor (and similarly will turn off when it dries out). Data uploads will be done over cellular data transfer, so a surfer simply needs to be within cell tower range in order to transmit his or her data to the cloud.

Smartfin surfers want to know why we are collecting this data and how it will be used. The fact that surfers are collecting data to advance oceanographic research is pretty awesome in its own right, but these surfers asked early on about why oceanographers are interested in this data and how it might be applied to research. Key to the Smartfin project is a partnership with Scripps Institution of Oceanography (SIO). To provide surfers with some background, Dr. Tyler Cyronak and Dr. Phil Bresnahan of SIO (Science Advisor and Lead Engineer for Smartfin respectively) became regular attendees of our monthly Smartfin meetings, answering questions and providing context for how Smartfin data is useful to oceanographers. In addition, after each Smartfin Demo Day, Phil would compile the data we collected into an interactive graph that he posted on his blog.

In July of 2017, we were awarded a grant from SDG&E to conduct a climate change education course titled Surfing for Science. This training was offered online, via webinar, and covered topics like climate change, ocean warming, ocean acidification, and the need for data collection to help advance science. Participants who completed the training and passed a short quiz earned the title of Smartfin Education Ambassador and gained access to Smartfin education kits they can use to teach others at outreach events like presentations and community fairs.

Still to come for the Smartfin program is a robust online data portal where all Smartfin data will be made available to the surfers, the research community, and the curious public.

The feedback received during this pilot phase was invaluable and will help inform the future growth of the Smartfin program. The next generation of Smartfin is currently underway and expected to be released in early 2019. For their part, the San Diego chapter is currently seeking fundraising opportunities to purchase a new set of upgraded Smartfins. If you’d like to participate in the San Diego program or help the chapter fundraise, you can sign up here. We hope that more Surfrider chapters will also want to participate in the Smartfin program, and - in fact - have already heard from chapters on the east and west coasts who want to participate. If you’d like to get involved, contact your local Surfrider chapter and let them know you are interested in leading or joining a Smartfin program in your area.