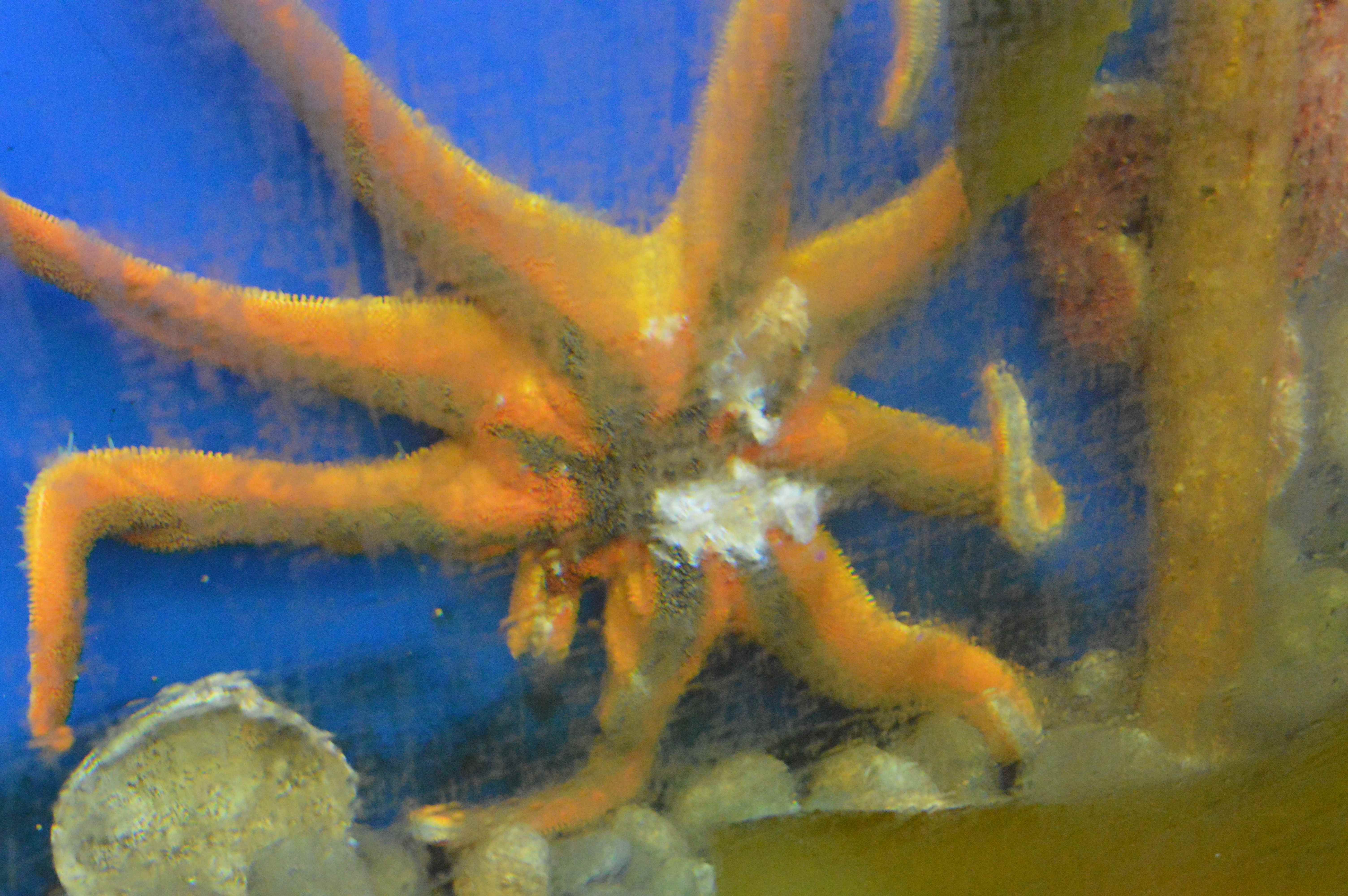 A diseased starfish with white lesions and lost limbs clings to the side of his tank at the Port Angeles Aquarium in Washington.  photo credit: Eleanor Hines

Considered the largest outbreak of marine disease ever recorded, sea star wasting disease has been killing starfish by the millions along the Pacific coast of North America.  Starfish affected by sea star wasting disease appear to be 'melting' with white spots and lesions on their surface, a mushy appearance and missing limbs. It is disturbing to see these keystone species suffering in tidepools and even disappearing from rocky beaches altogether.

The outbreak of sea star wasting disease was first detected in June of 2013, and scientists have just now found the culprit - a naturally occuring virus that has been dubbed “sea star associated densovirus.”  Overpopulation and crowded conditions in recent years may have caused the virus to spread, and an unfortunate mutation of the virus has allowed it to become more aggressive and attack the immune systems of sea stars.  Once affected, starfish are more susceptible to bacterial infections, and they begin to 'waste' away and ultimately die.

Antibiotics may help save stock populations at aquariums but a solution for wild populations is still uncertain.  Ultimately, starfish populations will need to develop resistance to this virus in order to survive.  Scientists plan to continue studying both how starfish will develop disease resistance as well as enviromental parameters that may have contributed to the current outbreak in the first place, such as warming ocean water temperatures and ocean acidification.