The Surfrider Foundation’s Coos Bay Chapter is challenging the proposed development of a Liquified Natural Gas (LNG) terminal in Coos Bay, Oregon. The proposed Jordan Cove LNG pipeline and export facility threatens over 400 waterways, eliminates critical estuarine habitat and permanently alters recreational features essential to the local population and tourism industry.  The energy export facility, proposed for the north side of the Port of Coos Bay, has been heavily opposed by local citizens, environmental groups, fishermen and many landowners whose property would be subject to the Pacific Connector Pipeline that would deliver gas to the facility. 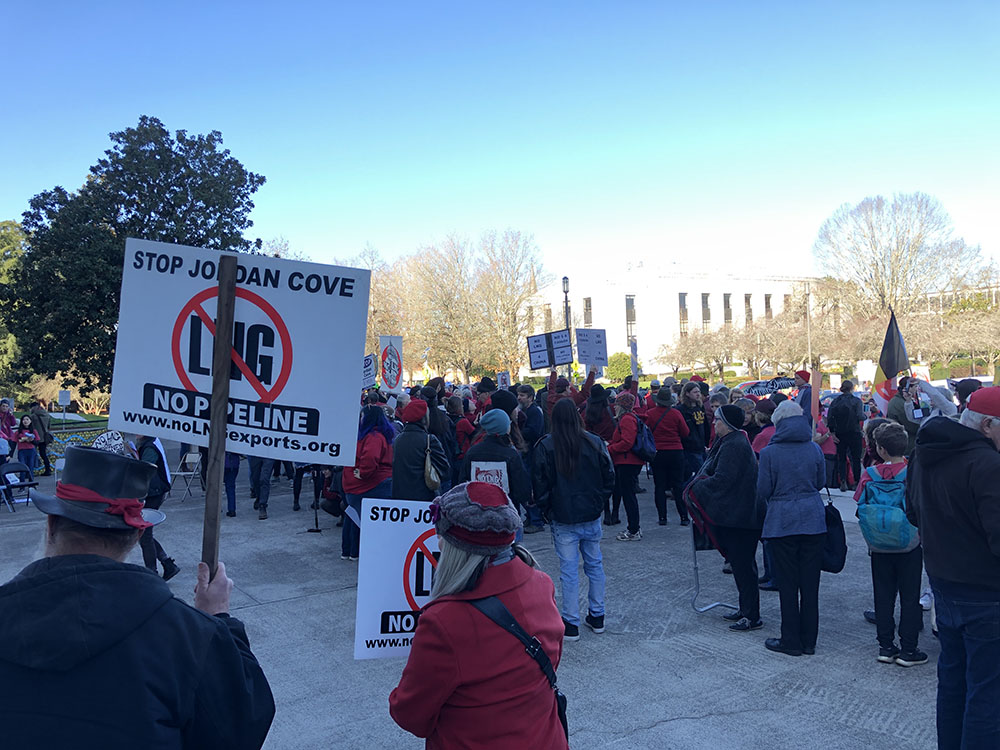 Yesterday, Surfrider filed a “Notice of Intent” to appeal the Coos County Board of Commissioners’ Final Decision to approve a Conditional Use Permit for the Jordan Cove LNG facility. The appeal will go to the Oregon Land Use Board of Appeals on behalf of both Surfrider and the Oregon Shores Conservation Coalition. According to our legal counsel Meriel Darzen at Crag Law Center, “[d]espite all of the evidence put in the record from the fishing, crabbing and recreation community (including Surfrider) as well as scientists and experts, the County chose to defer to one expert hired by the applicant saying, essentially, that the [impact to the environment and community] will be minimal.” Unfortunately, the County chose to ignore the concerns of the community and wrongly determine that impacts from the project, including  the loss of benthic and estuarine plant and animal communities resulting from the dredging and loss of access for recreation and fishing, would not constitute a substantial interference with the public trust, despite extensive testimony and evidence to the contrary.

The proposed LNG facility would receive approximately 1.04 billion cubic feet per day of natural gas via pipeline, liquefy the gas to produce approximately 6.8 million metric tons of LNG and load the LNG on tanker ships for export to international or domestic markets in the non-contiguous U.S.  The facility consists of multiple components including: (1) the LNG export terminal, (2) a marine slip and access channel, (3) a barge berth, and (4) a gas processing center, with other related infrastructure and development also proposed for development in and around the vicinity of Coos Bay.  The project’s operation would entail approximately 110 annual LNG tankers traversing the Bay to and from the terminal, interfering with popular commercial and recreational activities in the bay including fishing, kayaking, crabbing, and activities including surfing by the south jetty by the bay inlet.  LNG tankers are some of the largest oceanic vessels, often as large as three football fields in length. 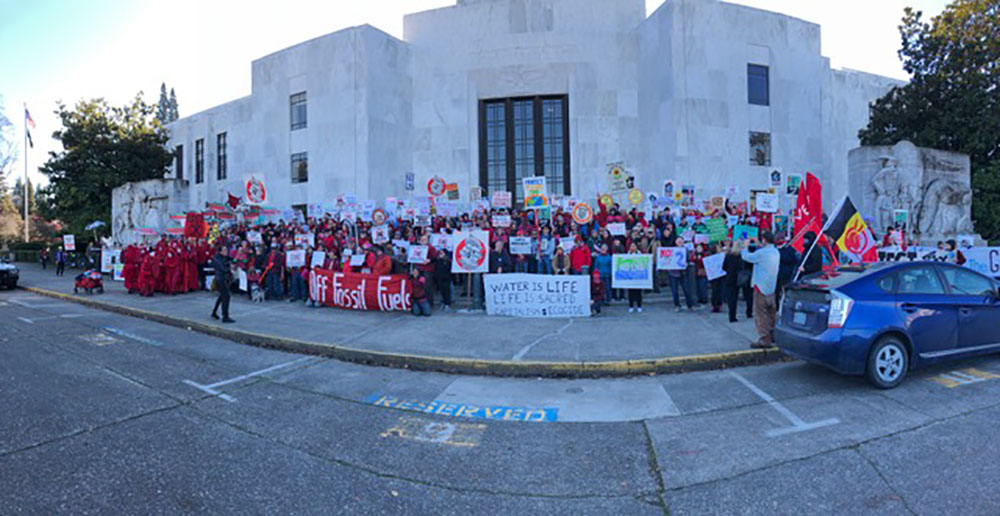 Surfrider Foundation’s environmental policy on LNG facilities finds that due to their impacts on coastal and ocean ecosystems, air quality, coastal access and increased greenhouse gases, LNG facilities in the coastal zone are not consistent with our mission for protection, conservation of and access to coastal resources. The Coos Bay Chapter has found that siting a facility at Jordan Cove is inconsistent with its vision and mission as a chapter to both protect Coos Bay’s natural resources and recreational opportunities, and the Chapter’s mission to support the community's growth and sustainability.

The proposed LNG facility requires many local, state, and federal permits, in addition to the Coos County Conditional Use Permit, and Surfrider’s Coos Bay Chapter has been actively opposing the project since 2017. The Chapter has submitted comments on many of the project’s required permits and approval processes, including on this Coos County Conditional Use Permit in June 2019.

The Chapter has also submitted the following comments (all available on the Chapter Campaign page):