Surfrider at March for the Ocean

On June 9, Surfrider Foundation activists participated in March for the Ocean (M4O) events across the country to highlight various threats facing our coasts and ocean. 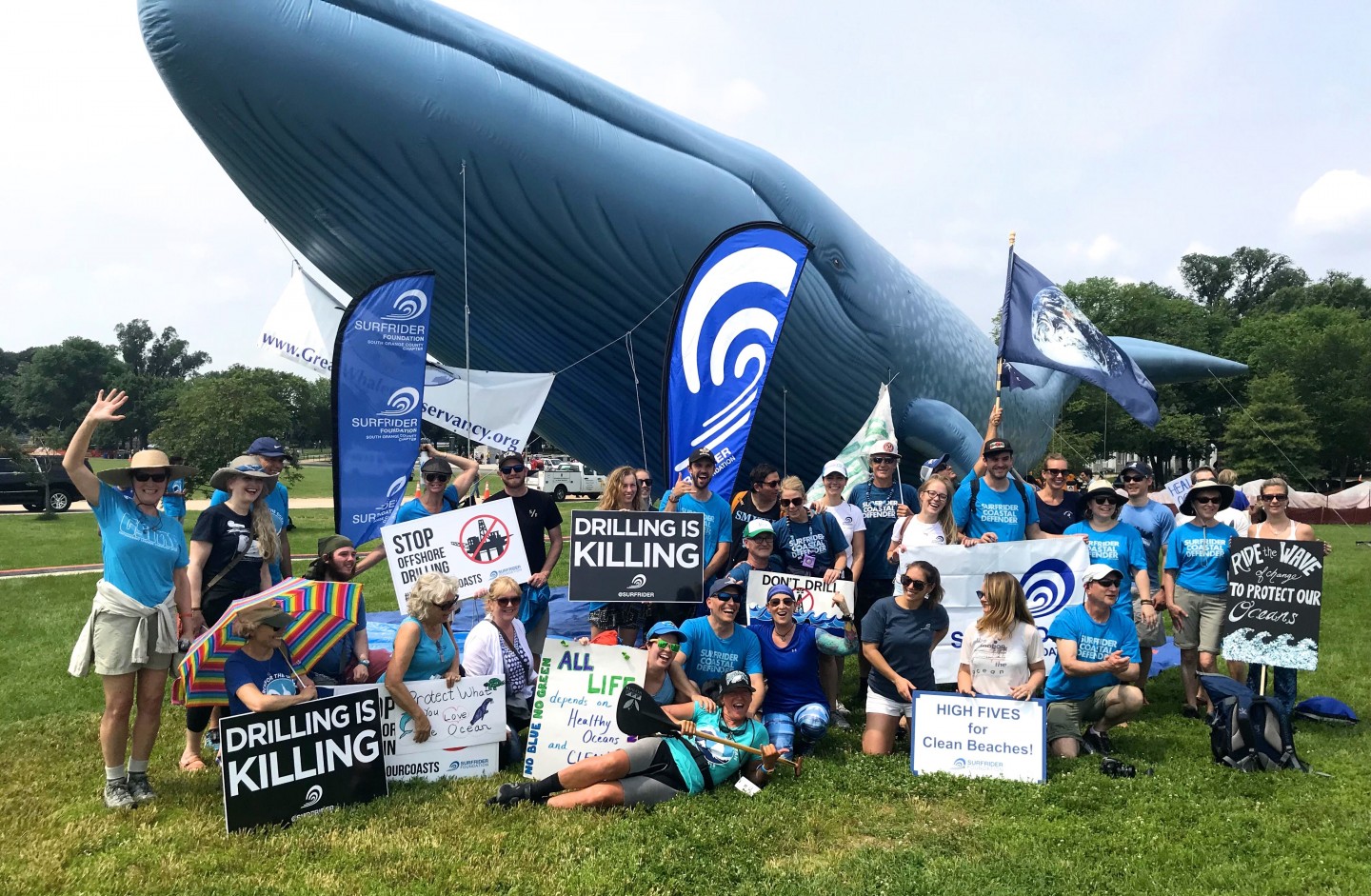 The main event was held in Washington, D.C., where thousands gathered to march around the White House and hear from ocean leaders and musical guests. More than 20 sister events were held in locales such as New York City, San Francisco and London. 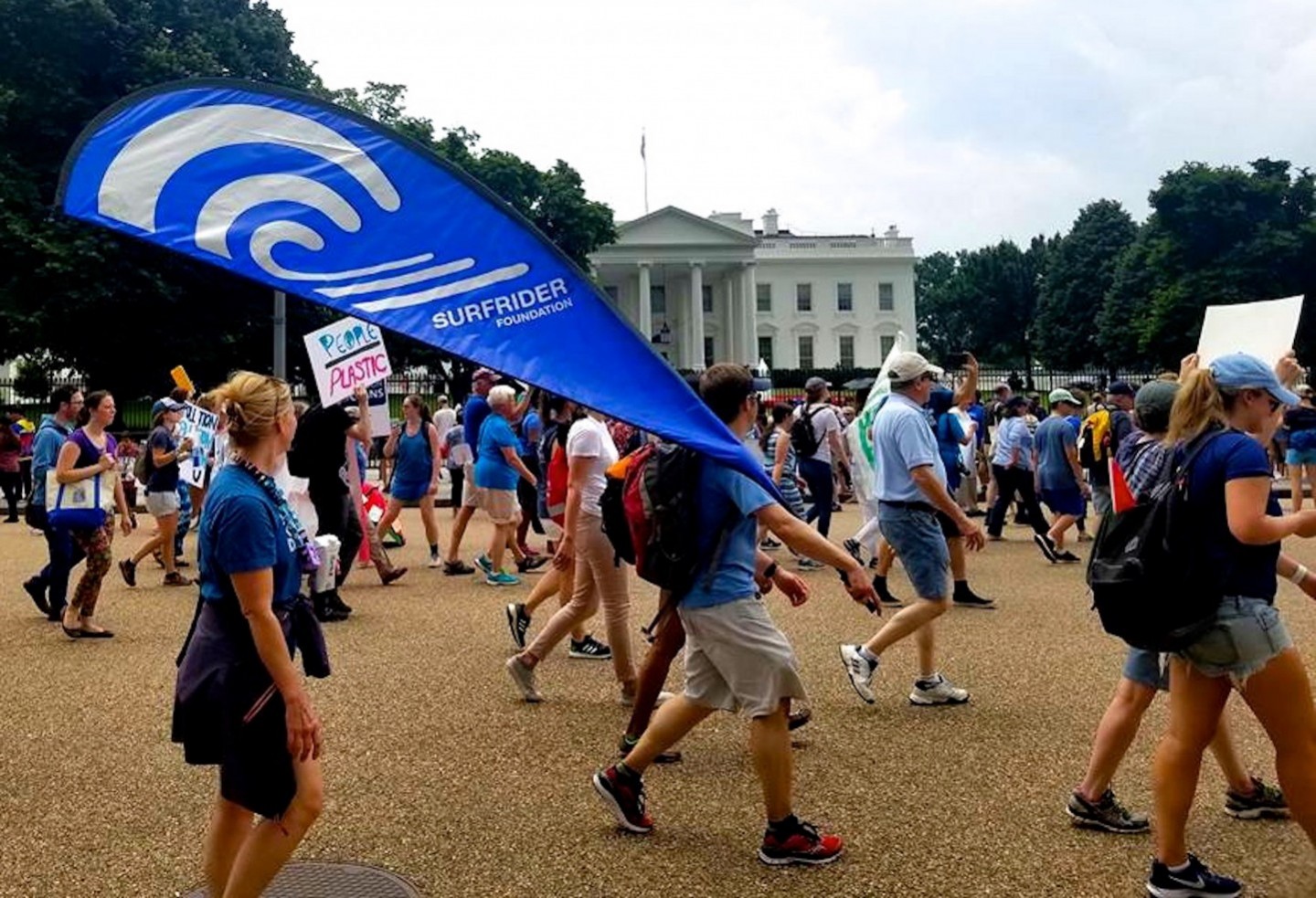 Despite typical humid, stormy, and hot DC conditions, over 30 Surfrider activists were in attendance, as was Surfrider’s miniature oil rig. The oil rig has been traveling up the East Coast from Florida to New York to raise awareness about the dangers of proposed offshore oil drilling. 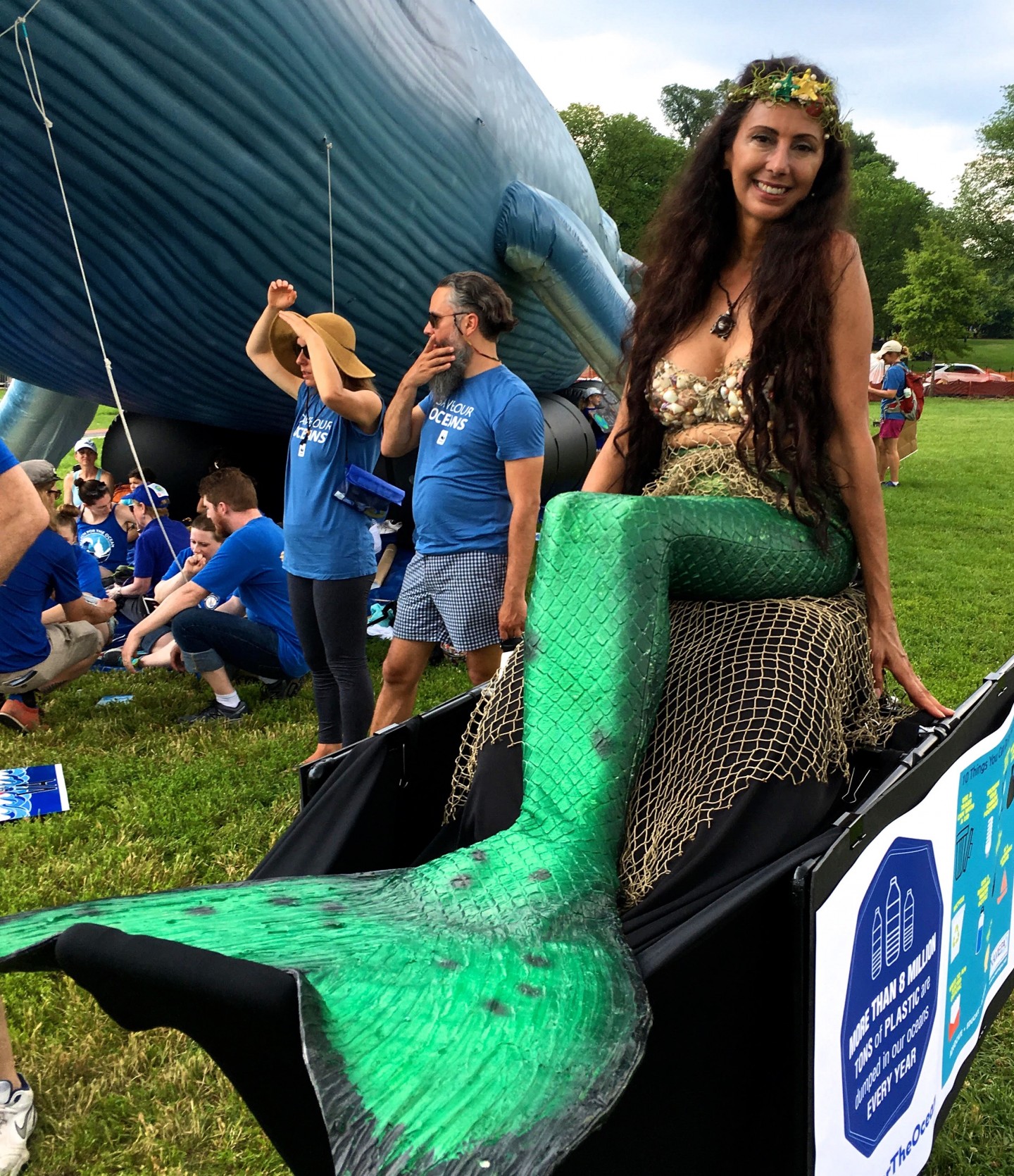 Surfrider activists were in attendance to show their support for stopping offshore drilling, reducing plastic pollution, and preserving coastlines in the face of rising seas. Those who couldn’t attend any of the marches wore ‘Blue for the Ocean' to show their support in local communities and on social media. Ocean activists and leaders such as Dr. Sylvia Earle, Philippe Cousteau, Carl Safina, and Danni Washington testified to the importance of saving our ocean for economic, lifestyle, spiritual, and intrinsic reasons. 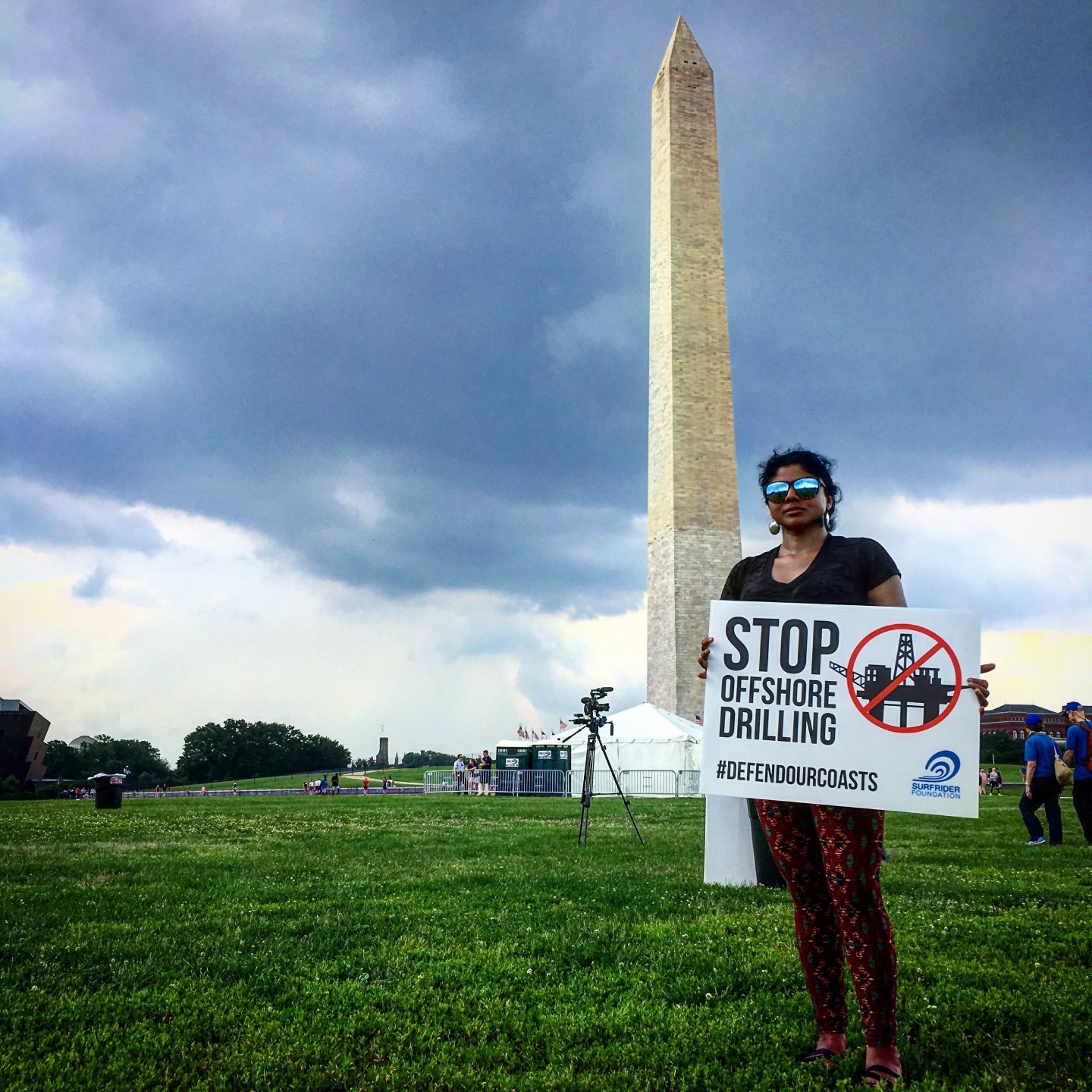