The Mid-Atlantic Regional Planning Body (RPB), a round-table of state, federal, and tribal representatives that have coastal and ocean management authority, met January 21st and 22nd, 2015, in New York City for their biannual meeting. 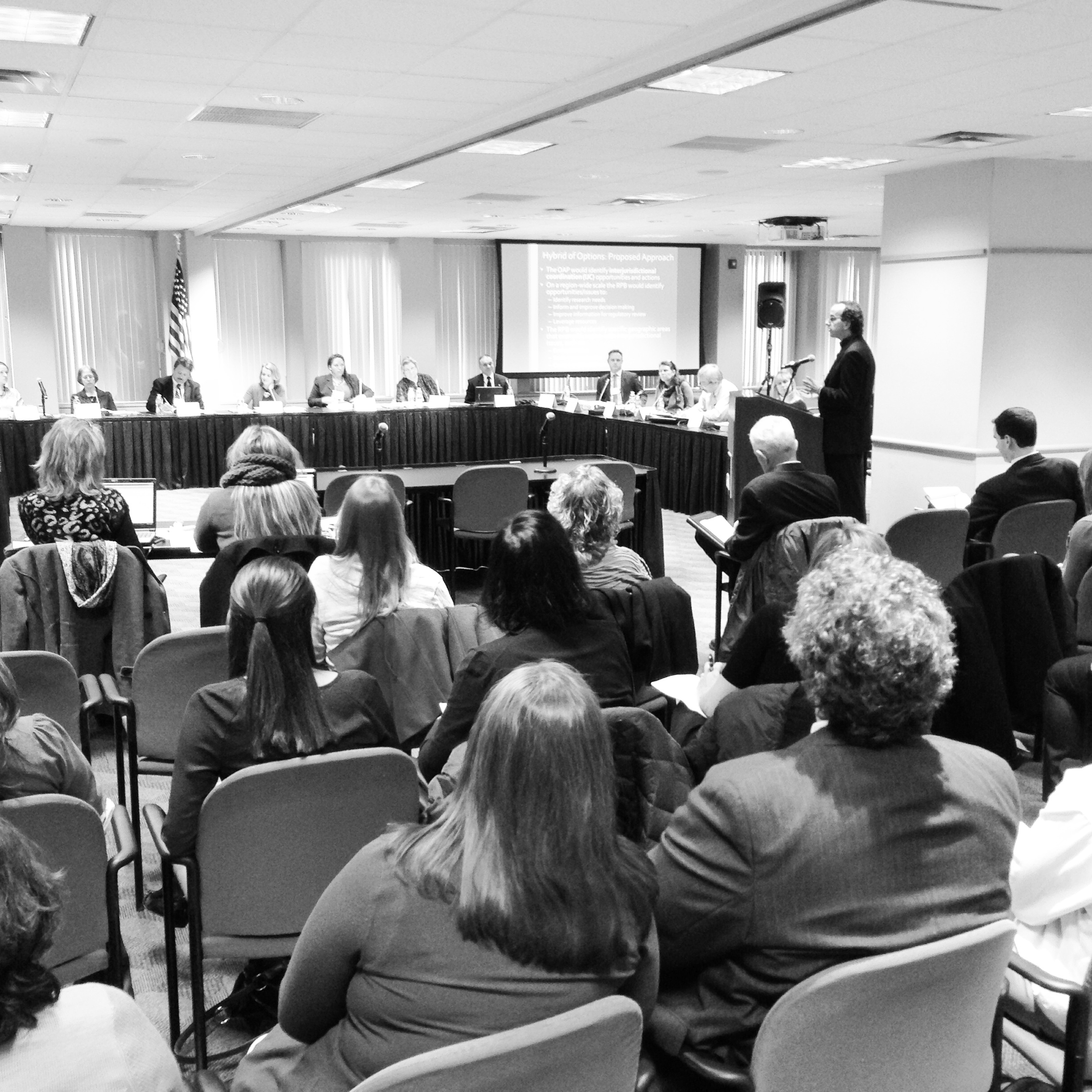 Surfrider’s campaign goals for the RPB include identifying priority ecological and recreational areas in the Mid-Atlantic as well as representing the interests of non-consumptive recreational uses such as surfing, kayaking, diving, wildlife viewing, and beach going.

The RPB made several important decisions at the meeting, including voting to adopt a format for creating a Regional Ocean Action Plan, which will stand as their vision and overall plan for managing coastal and ocean resources in the Mid-Atlantic. The RPB also agreed to reevaluate their approach to a Regional Ocean Assessment, which will serve as a baseline of information on ecological resources (such as fish) and human uses (such as fishing). Additionally, the RPB formed a new committee to implement further ecological and economic data analysis such as highlighting biodiversity hotspots and identifying major contributors to coastal economies.

The RPB was created through an executive order known as the National Ocean Policy (NOP), which calls for the creation of RPBs in each coastal region. The NOP instructs the RPBs to create a vision and plan for each region, with the goals of increasing government coordination and better managing and protecting our ocean and coastal ecosystems. Read more about the Mid-Atlantic Regional Planning Body here!