The Kaua'i Chapter of Surfrider Foundation is using the Clean Water Act to address plastic pollution that impairs our coastal waters. Based on the initial work from Center for Biological Diversity, this lawsuit by environmental groups will challenge the U.S. Environmental Protection Agency’s (“EPA”) failure to examine studies showing widespread plastic pollution in Hawaii’s coastal waters and declare the waters “impaired” under section 303(d) of the Clean Water Act.   Surfrider Foundation, Center for Biological Diversity and Sustainable Coastlines teamed up to file suit on February 5, 2020, to address the plastic pollution that is increasingly found on Hawaii's beaches, degrades coral reefs and threatens birds, fish, sea turtles and other habitat and wildlife.

Kaua'i Chapter of Surfrider Foundation is working under a NOAA marine debris program grant with Hawaii Wildlife Fund to collect more than 100 tons of plastic from the shorelines of Hawaii Island and Kauai Island each year. This is the greatest amount, by weight, of documented plastic pollution in the world. The island of Kaua'i's rocky shoreline is, in some areas, piled with mega-plastic and micro-plastic in the sand. To respond, the Kaua'i Chapter does several beach cleanups and “net patrol” cleanups of the coastline each month, but, by filing this suit, Surfrider aims to prevent and reduce the amount of plastic that ever enter the waterways. 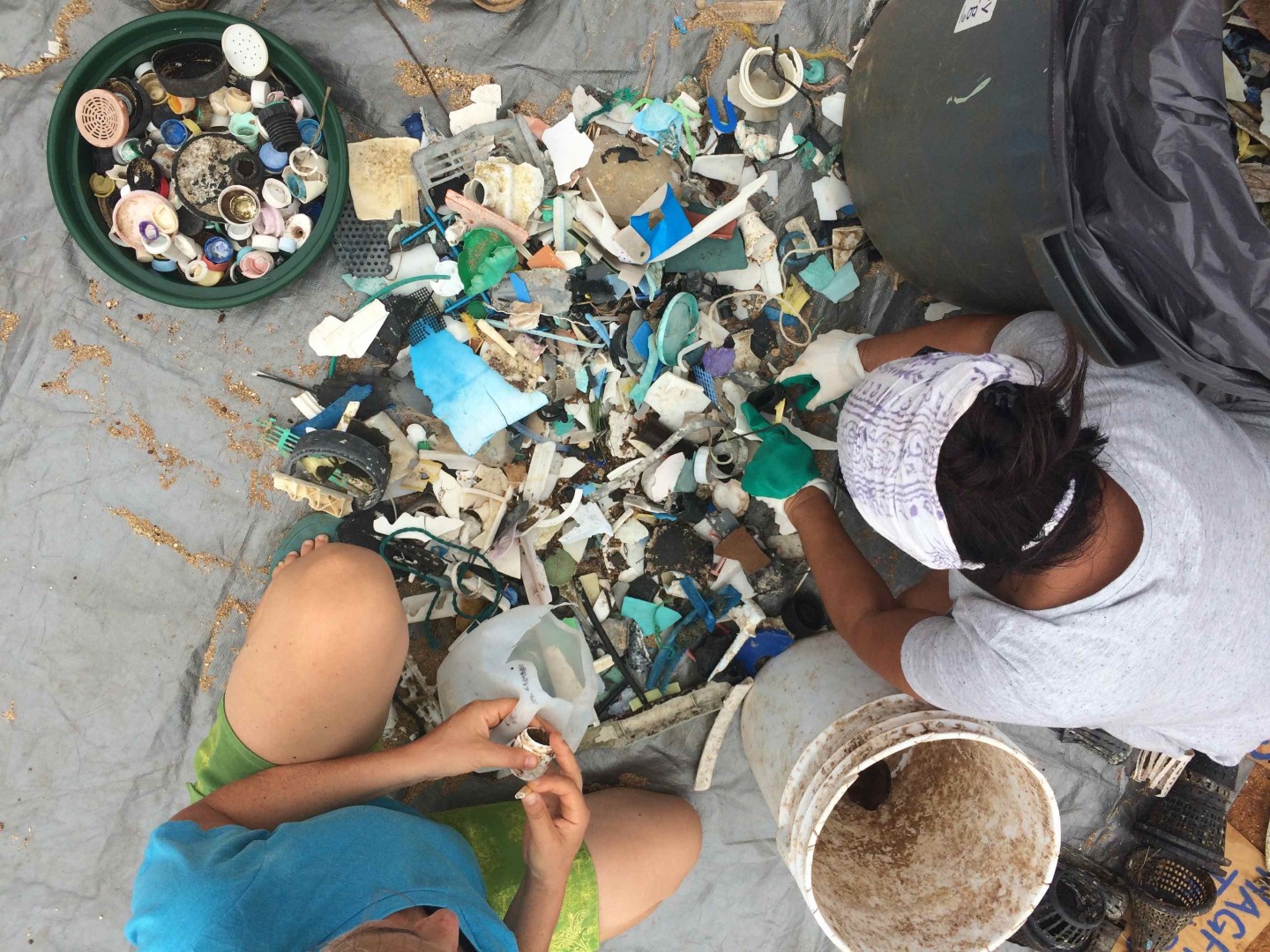 “The Hawaiian islands sieve out the dangerous and toxic marine litter from the Pacific Ocean, causing nearshore waters to be heavily polluted with plastics,” said Carl Berg, a senior scientist with Surfrider Foundation Kaua'i Chapter. “Microplastics and the toxic chemicals that adhere to them are dangerous to marine life at all stages in their life cycle as they ingest it, or simply because they are living in a toxic soup. Plastic should be considered a pollutant to all recreational waters, and EPA should force polluters to stop putting public health at risk.”

The lawsuit specifically sues under the Administrative Procedure Act for the EPA's failure to protect 17 coastal water bodies around Hawaii from the harms of marine plastic pollution, as is required by the Clean Water Act (“CWA”).  The CWA charges the EPA to work with state water quality regulators to designate “impaired” water bodies.  These water bodies are listed on the 303(d) impaired water bodies list.  Once designated as a 303(d) impaired water body, officials must take action to reduce the pollution.  The State or EPA must establish total maximum daily loads (“TMDL"s) of pollutants that a water body can receive and still attain water quality standards. 33 U.S.C. sec. 1313(d).  States must implement the TMDLs by incorporating them into their water quality management plans and controlling pollution from point and nonpoint sources. 33 U.S.C. sec. 1313(e).

If successful, this suit could spur improvement of water quality assessment and protections across the United States. This would happen if the EPA decides to incroporate data from plastic trash and microplastics into their water quality safety standards nationwide.