UPDATE: The New York State Department of Environmental Conservation accepted many of the proposed amendments in the Surfrider Foundation's Comment. However, two days before the March 1st effective date, New York State was sued by several plaintiffs including plastic bag manufacturer Poly-Pak and a NYC bodega association. New York State has suspended enforcement of the bag law until April 1st, but many stores are proceeding with implementation.

The battle to reduce plastic bags pollution in New York has been a long and tumultuous one. The New York City Council adopted a 5-cent fee on all carryout bags in 2016, which was quickly overturned by the State legislature. Governor Cuomo later addressed bags in the 2019 State budget, banning plastic carryout bags at retailers, and giving local jurisdictions the option of adopting a 5-cent fee on paper bags. While NYC and other jurisdictions adopted the 5-cent fee on paper, Cuomo’s law went against the recommended practices of Surfrider Foundation’s Plastic Bag Law Activist Toolkit by not mandating a fee on all available carryout bags. New York State’s bag law is set to go into effect on March 1, 2020.

However, the process isn’t quite over yet. The agency tasked with implementing the law, the New York State Department of Environmental Conservation (DEC), is asking for public comments by February 3, 2020 (details below) on their Proposed Regulations for the bag law.

→ → → Surfrider Foundation’s Comment on the Proposed Regulations are available here for review.  ← ← ← 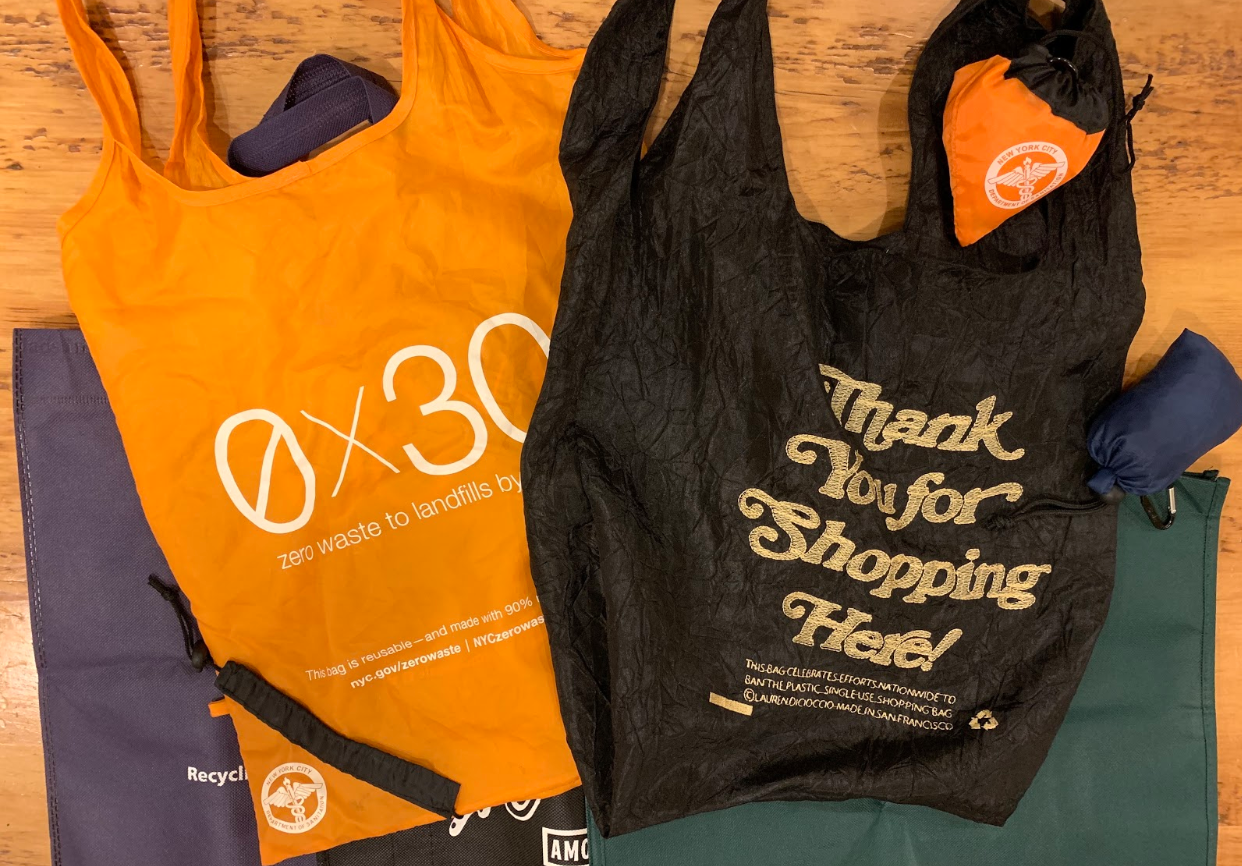 The definition of a reusable bag is crucially important in instances where there is no fee mandated for reusable bags. If no fee is mandated, there is an increased risk that the allowable “reusable” bag will become by default a new type of single-use bag. For example, In places where no fee was mandated for reusable bags, retailers often switched to thicker plastic bags — which had a similar price point to paper bags —  and gave these bags away for free at similar rates to thinner, single-use plastic. These problematic bags are generally made of 2.25 mils thick film plastic, sometimes 4.0 mils thick. In jurisdictions where only high-quality reusable bags are allowed, this concern diminishes slightly due to the cost of such bags, but a fee on all available bags is still a best practice.

The DEC’s proposed reusable bag definition has several components, including:

Some municipalities have experimented with setting a much higher mils requirement in order to eliminate the use of reusable bags made from film plastic altogether. For example, Greenwich, CT’s bag ordinance requires that reusable checkout bags made from plastic must have a minimum thickness of 12 mils. Since 12 mils was considered well past the threshold for inexpensive bags that stores would give away for free, the clause was seen by advocates as another way to say “no film plastic bags.” Setting the threshold at 10 mils was also considered, because 10 mils is considered the industry threshold for film plastic.

Advocates reasoned that if the requirements for mils are made impossibly high, the result would guarantee a ban on all film plastic bags. The problem with attempting to eliminate film plastic through double-digit mils thicknesses requirements is that jurisdictions could send an unintended market signal to industry and manufacturers, who might consider retooling machinery to deliver a 10 mils bag. That’s not what environmental advocates are trying to accomplish with these laws.

Surfrider Foundation recommends that the DEC amend the proposed reusable bag definition to instead read “no film plastic.”

The Proposed Regulations include an exemption for bags provided by “restaurants, taverns, or similar food service establishments, as defined in the New York State sanitary code, to carry out or deliver food.” The code’s definition of a food service establishment is “a place where food is prepared and intended for individual portion service,” so Surfrider recommends that the exemption apply to the carryout or delivery of prepared food rather than food generally. Surfrider also recommends narrowing the exemption to not include establishments located within grocery stores, supermarkets, convenience stores, or food marts. This change would address a potential unintended loophole for bodegas and other stores that sell some prepared foods. Such stores are a major source of litter.

Compostable and biodegradable plastic bags do not break down in ocean water and generally pose the same threats to marine life and water quality that regular plastic bags do. Compostable plastic bags are defined in the Proposed Regulations, but the Proposed Regulations do not specifically address whether or when they are allowed. Our Comment makes clear that compostable bags are only allowed for exempt bags (e.g. produce bags), only if they are tinted green or brown, and only in jurisdictions where a majority of households in the jurisdictions have access to curbside collection of food waste for composting.

In the meantime, New York City’s Department of Sanitation is preparing for the bag law with public outreach including “Make the Switch to Reusable Bags!” subway posters. 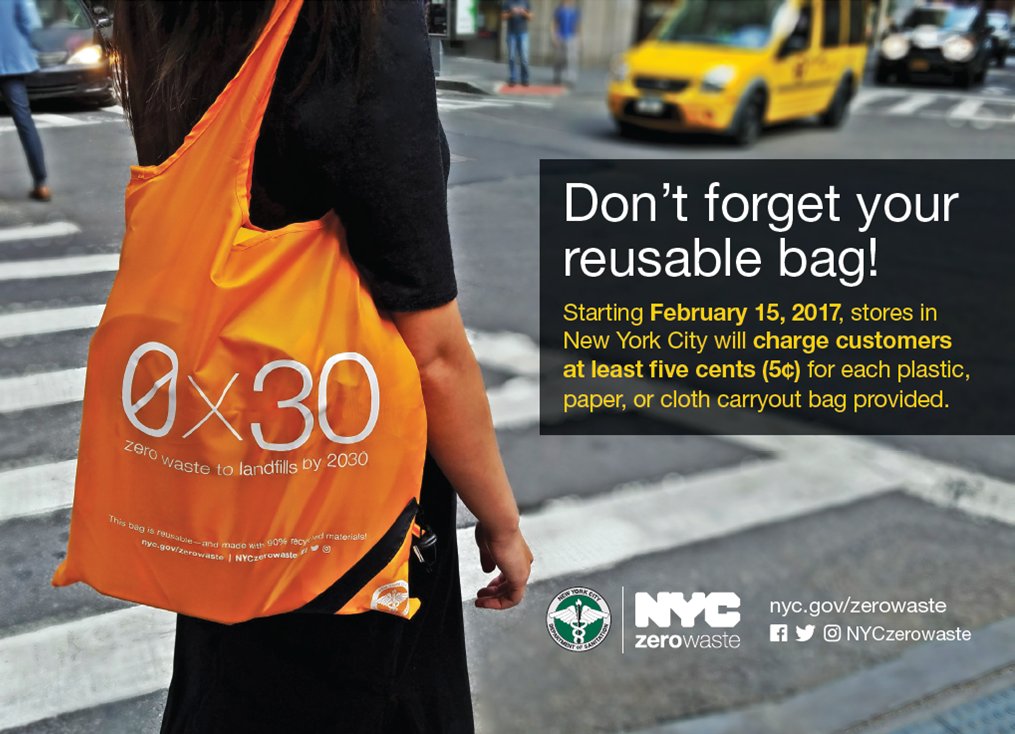