Our University of Hawaii Manoa Surfrider Club Leaders have taken on the reduction of single use plastics on their campus in a very methodical and calculated way over the last couple of semesters.  The clubs started with a waste audit of three building on campus to evaluate the biggest sources of plastic waste. One of the major findings was that their campus was disposing of an estimated 50,000 straws PER DAY!  Armed with this information, they launched a campus-wide straw ban campaign. 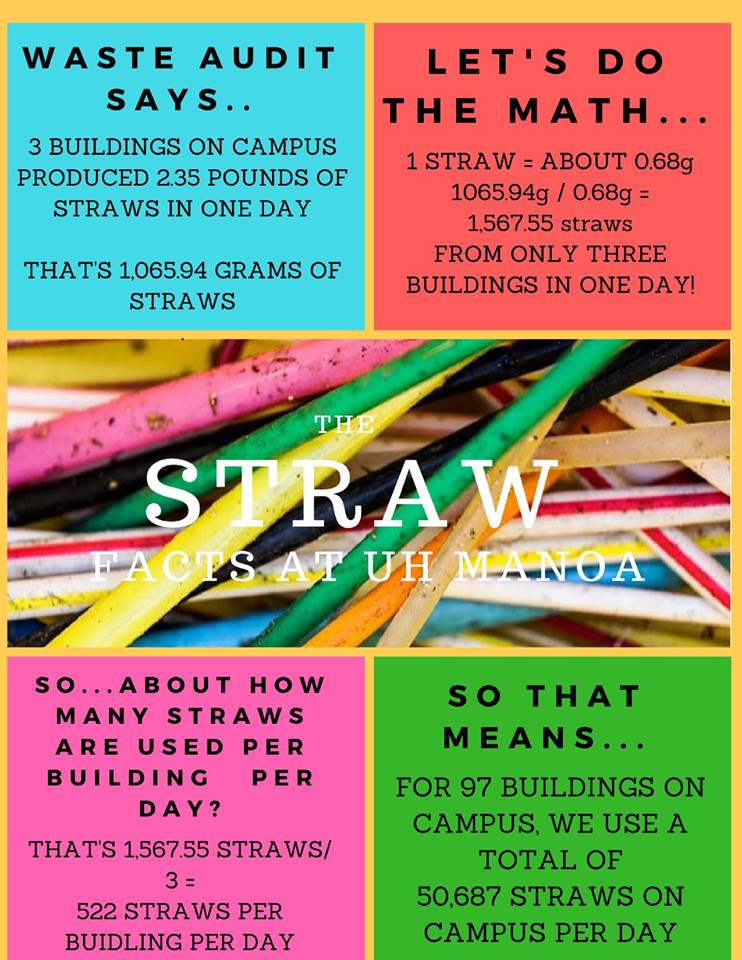 Club leader Dominique Peña explains how the club launched their campaign and plans for the upcoming sememster.

“Last semester's focus of the Surfrider Club at University of Hawaii (UH) at Manoa was reducing single use plastic consumption on campus. The major source of consumption occurs in the several food establishments across campus, primarily due to the thoughtless distribution of single use items by on-campus vendors such as Starbucks, Jamba Juice, Dunkin' Donuts, Panda Express and other  chain restaurants. A waste audit conducted by the UH Office of Sustainability in collaboration with UH Manoa Surfrider Club, estimated 50,000 plastic straws disposed every day on campus. How many of these straws were actually needed ? How many of these were distributed without even being requested by the customer? 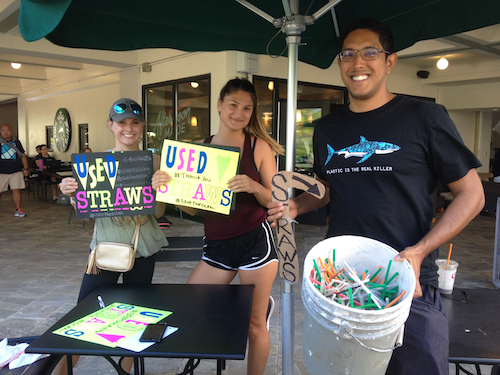 After meeting and discussing the obvious necessity for improving our waste habits, the club opted to address plastic reduction by implementing a single use straw ban campaign. Furthermore, the campaign's underlining mission became to remind our student body about the environmental responsibility that we hold and the power that younger generations have to make a positive change, specially while living on an island. Tapping into our capability of demanding necessary changes from the administration to effectively take care of what matters most to us became another significant driving force. 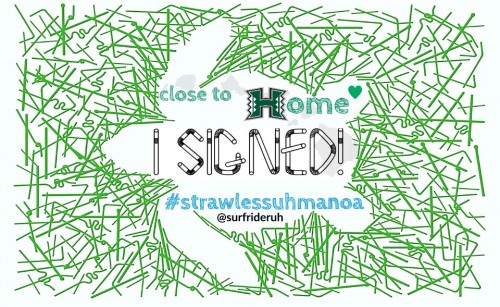 After a couple of intense months of tabling, writing petitions, collecting signatures, approving resolutions of support from important student organizations, requesting letters of support from diverse departments, holding meetings with food administration, and collaborating closely with a class that adopted the straw ban as their final project, by the end of the semester the straw campaign had reached far and wide. This semester we hope to finalize the campaign and present all documents along with a couple student leaders to receive approval from our Chancellor and write the corresponding policy to ban single use plastic straws on UH Manoa campus. Hopefully, the ban can symbolize an important win for the student body, generating enough momentum to keep strengthening our voice. This is instrumental in order to continue efforts to reduce other overused, single use plastic items on campus.” 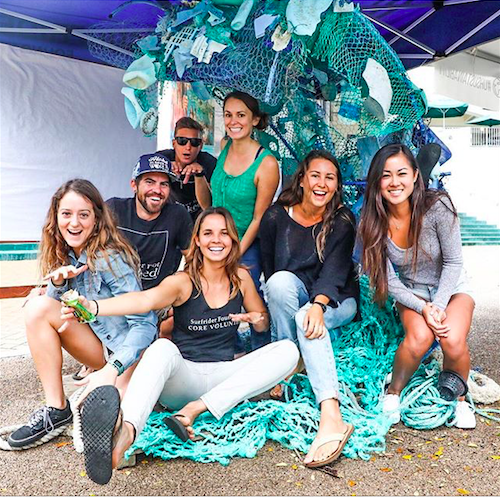 Although the club's straw ban is still an effort in progress, and regardless of the ultimate outcome, the way they've planned, researched and executed their campign thus far should be considered a success. Their efforts are a prime example of how to compile important research and build a groundswell of support (currently over 880 signatures on their petition - SIGN IT HERE) through education and outreach efforts, so when the time comes to draft policy they can back it up with data and rally their coalition to make their voice heard!  For more information on how to ditch single use plastics or run a campaign like this at your school or in your community check out our Rise Above Plastics Program info and our Plastic Straws Suck Activist Toolkit.