For the fifth year in a row, the Surfrider Foundation recently teamed up with our friends and partners at Vissla to challenge you, the wave-conscious, to upcycle an old or found object that might otherwise be trash into a waveriding craft in our annual Creators and Innovators Upcycle Contest.

Following the form of previous years' Upcycle Contests, contestants were required to enter a video or three to six photographs showing their project from start to finish via Instagram, using the hashtag #CreatorsContest. From these digital submissions, finalists were chosen and their projects were gathered and displayed at our annual Upcycle Event. There, a small panel of seasoned judges determined the first, second and third prize winners based on the innovation, functionality, creativity, design and aesthetics of their projects. 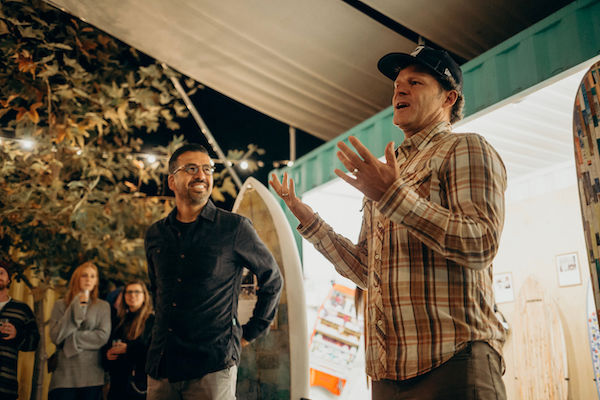 The event was held once again at The Ecology Center in San Juan Capistrano, California— a local icon and source of education for more sustainable living in our community, and a fitting venue for honoring the eco-concious craftsmanship of this year's finalists. In the spirit of inspiring and educating attendees about the value of upcycling, a DIY upcycled handplane workshop was conducted onsite, for those interested in crafting their own watercraft made from old skateboard decks. 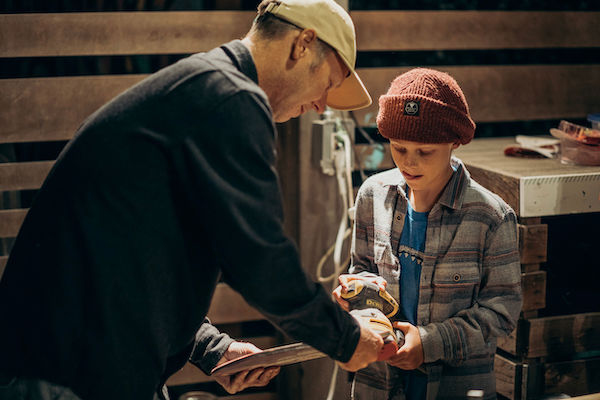 Since the annual Upcycle Contest began in 2015, it has grown and gained more traction each year. “Right after the first year, we knew we got people’s attention and knew it was something we wanted to move forward with,” explained Vissla Marketing Manager, Eric Mehlberg. “We’ve had entries from all around the world. … It’s engaging a community who wants to make an impact, as well as express their creativity.”

“In the large scheme of things, we’re all doing our part to be the best we can be in regards to environmental issues,” Mehlberg continued, “this is just another opportunity to show ways to be creative with reusable resources we have. We want to just give people the opportunity and power to do something that is relatable to them.” 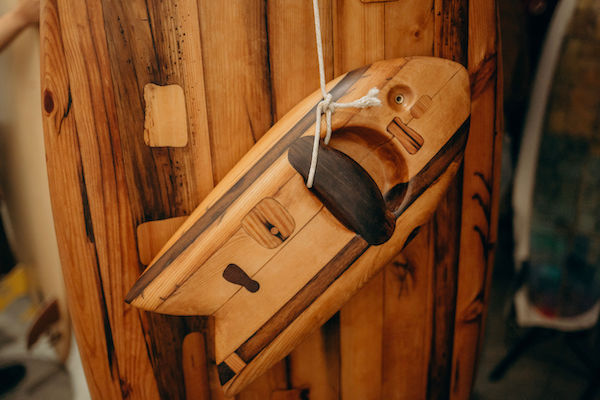 Perhaps one of the most enlightening aspects of this year's event was the variation in materials from one project to the next, as they tended to reflect vastly different types of waste that were specific to the location in which they were crafted. While many types of single-use waste are ubiquitous in the waste stream regardless of location, this year's projects naturally highlighted some more regionally-specific ways of converting waste into want. 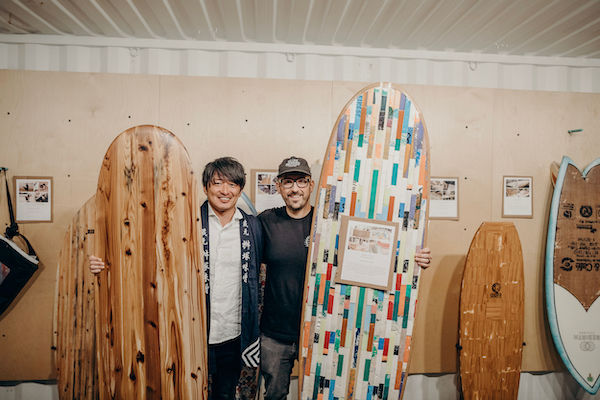 First place for this year's contest was awarded to Korey Nolan, who salvaged and converted 47 New England lobster buoys, which he found washed up on his coastline in New Hampshire, along with recycled shipping crate lumber and scrapped aluminum into a rideable surfboard.

Second place was awarded to Ronald Higgens, whose board was constructed of reclaimed wood from a 200-year-old house that had fallen near his home in Spain.

Third place was awarded to Yoshinari Noda, who used 100-year-old miso barrels to craft his board by hand in Japan. 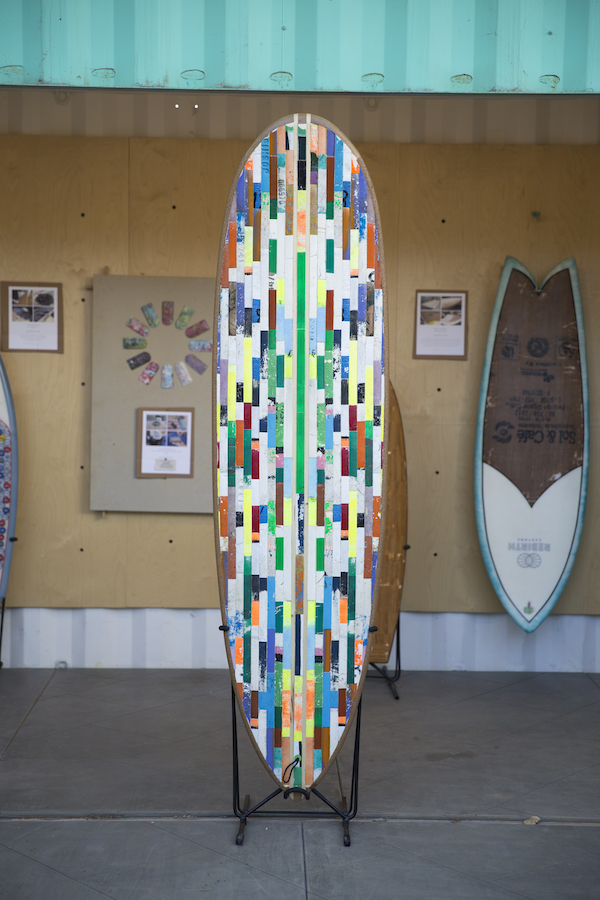 Together with the Vissla crew, we extend our sincere gratitude to all of the participants in this year's Upcycle Contest and to everyone who attended the finalist exhibition here in Southern California. Check out further coverage of this year's event here!

Learn more about Vissla, their support of the Surfrider Foundation, and our annual Creators and Innovators contest here!