Voice Above Water is a short yet powerful documentary about a 90-year-old fisherman named Wayan Nyo in Indonesia. He has devoted the past 21 years of his life to collecting plastic from the ocean using his small fishing boat and net. He hopes that someday he will be able to catch fish again instead of plastic. His dedication to combating the severe plastic pollution issue in Indonesia is indeed inspiring. The film has won several awards including the recent First Time Filmmaker Award at the 2021 International Ocean Film Festival and Best Short Documentary at the 2021 San Luis Obispo Film Festival. The director, Dana Frankoff, is the creative genius behind Voice Above Water. She resides in California and is passionate about marine conservation and promoting sustainable changes worldwide. 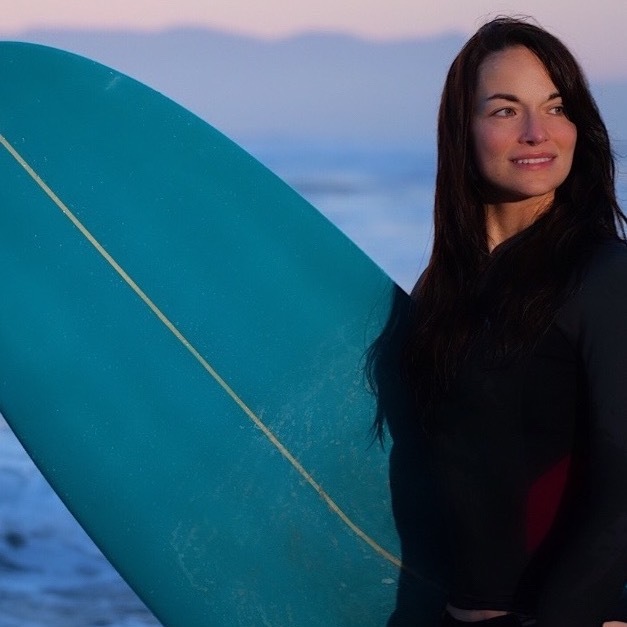 I had the privilege of asking Dana some questions about the making of her directorial debut and goals for the audience.

ND: What first sparked your interest for the film and how did you find Wayan Nyo?

DF: I’d talked to non-profits, scientists and researchers about different stories going on in the ocean but loved the vision of one person in the vast sea making a difference. The Director of Video at 4Ocean told me about fishermen in Haiti and Indonesia who were collecting trash from the ocean. Our Editor and Director of Photography, Romain Cailliez, went on location scout on the island of Nusa Penida in Indonesia where he met Wayan. Romain sent me Wayan’s photo and I knew by the look in his eyes and the wrinkles in his face that he had a story to tell.

ND: When you found out that Wayan has been collecting trash from the ocean since 2000, did you know right away that you wanted to make a film about his story or did the idea come to you later? How did the idea arise?

DF: I wanted to make a hopeful film about someone who was using their resources to make a difference. When I found out that Wayan was going out into the ocean everyday because he saw plastic pollution and wanted to help fix the problem, I found that really inspiring. I thought everyone could benefit from an inspiring story like this one.

ND: How did Wayan feel about being in the film?

DF: Wayan has such a fun spirit and love for life that he was onboard and happy to have the film be about him from the beginning. It was actually hard to get the camera off of him. When we were supposed to start filming his grandchildren and wife he unexpectedly started playing the flute, and all cameras were back on him.

ND: Does he know that the film has been getting global recognition and praise?

DF: Wayan has seen the film, he watched it with his family on a laptop that our Editor and Director of Photography brought to his village to show them. Wayan knows it’s been playing at film festivals but he doesn't yet know that it’s won awards. I’m not sure if he would care or not about the awards to be honest. He seems so happy with his life and the film seemed like it was a fun experience for him to help expand his impact.

ND: Voice Above Water was your first film, correct? How did your vision become a film? What was the process like?

DF: It was! I’ve been working in Production at Pixar for the past 8 years and after visiting places such as Indonesia, Africa and some of our local National Parks, it felt like time to use my experience in filmmaking to make something that could help change how people were treating the environment. Since I love and go into the ocean as much as possible, I decided to focus on a story that contributed to protecting our oceans.

ND: What did you learn from doing this project in Indonesia?

DF: The Indonesian culture is such a beautiful and happy one. The locals we worked with became more friends than co-workers and most of them were also very passionate about protecting the ocean. A lot of the trash that piles up in the ocean in Indonesia is from tourism so they were happy to bring more awareness to the situation.

ND: What would you like your viewers to learn from watching the film?

DF: I hope people watch the film and feel inspired to help make change. Wayan is an example of someone who is making a difference but as he says at the end of the film, “If I clean here and people elsewhere don’t do the same, it will be useless.”

ND: What can the viewers do to reduce plastic pollution in their everyday lives?

DF: Get creative! There’s so much we use during a single day that we don’t need and it ends up getting thrown away. Have reusable containers, silverware, straws with you in your car or bag. Be mindful about where the items you use come from and where they go when you’re done using them. Have beach cleanups! I have friends who whenever they see a piece of trash now they say, “That’s one more piece for Wayan to pick up” and then we pick it up so he doesn’t have to. Choose where you shop and support companies that keep sustainability in mind. As consumers we have A LOT of say. Pay attention to federal policies and vote for people making moves to protect our environment. There’s only so much we can do as individuals but A LOT that can be done on a federal and corporate scale.

ND: The Surfrider Foundation is a proactive organization that is dedicated to fighting plastic pollution and they have a network of chapters all across the country. Can you tell us more about your collaboration with Surfrider?

DF: I met Chad Nelsen on the Our Oceans panel at the Coast Film Festival and it was clear we had similar goals. While Voice Above Water is a film about how one person can make a difference, I also wanted to incorporate a petition at the end that reached out on a federal level to ban the use of plastic. The Break Free From Plastic Pollution Act that Surfrider supports does exactly that and is an easy call to action for anyone who wants to immediately help protect the ocean by the end of the film.

Surfrider Foundation chapters and clubs are invited to host film screenings of Voice Above Water this summer, courtesy of Dana! Visit your local Surfrider chapter or club for more information. 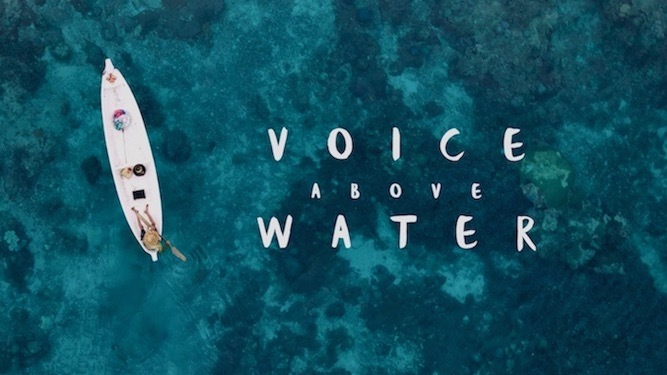 Comprehensive list of awards that the film has won so far:

You can help fight plastic pollution by signing Surfrider’s petition for the Break Free From Plastic Pollution Act shown at the end of the film!