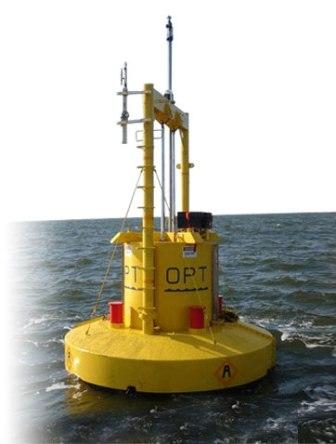 After years of planning and financial investment, Ocean Power Technologies (OPT) has abandoned plans to develop a wave energy project off Reedsport, Oregon. The project was slated to be the first commercial-scale wave energy project in the United States.

Employing point absorber technology (see photo), Ocean Power Technologies was scheduled to install up to 10 power buoys (and potentially more, pending additional permits) approximately 2 1/2 miles off the central coast of Oregon. According to the license application, the project would have generated up to 1.5 MW of power.

The cancelation of the project is unfortunate given the time and resources invested by the company, government agencies, and stakeholders in planning. The announcement was not a big surprise, however, given the many challenges that OPT had been facing, including anchoring issues, weather delays, and financial hurdles.

The Surfrider Foundation served as a representative of recreational and environmental interests in planning of the Reedsport project. In 2010, Surfrider joined over a dozen agencies and stakeholder groups in signing a historic settlement agreement with Ocean Power Technologies. The settlement agreement defined a precautionary approach to project development, including provisions for adaptive management and scientific monitoring of ecological and socioeconomic effects.

While the Reedsport project will not be moving forward, Surfrider hopes that the settlement agreement will serve as a positive example for other renewable energy projects. We believe it represents a viable approach for engaging stakeholders and agencies, and ensuring that impacts to the nearshore environment and existing ocean uses will be minimized.

The Surfrider Foundation recognizes that technologies utilizing ocean waves, tides, currents and wind may offer important benefits as renewable sources of energy that will reduce emissions of greenhouse gases to the atmosphere. They may also help to reduce our dependence on fossil fuels and the dangerous practice of offshore oil drilling.

The Surfrider Foundation has developed a policy statement on renewable ocean energy, which includes a set of principles to consider during the planning or evaluation of any proposed project. Employing these principles may help reduce impacts to ocean recreation, nearshore ecology, coastal processes, public safety, aesthetics, and fishing access.