Will we see a New England coastal state sweep of anti-drilling legislation?

Our coastal New England states are making bold progress to push back against the federal government's National Outer Continental Shelf (OCS) Oil and Gas Leasing Draft Proposed Program by codifying opposition to new offshore drilling in their laws, goals and policies, pursuant to the decision making process outlined in the OCS Lands Act. Part of this strategy involves advancing anti-drilling state legislation to prohibit drilling in state waters and permits and infrastructure necessary for and transportation of OCS oil and gas resources across state waters.

In 2019 with the help of Surfrider-led state-based coalitions, of which each of our Northeast Chapters are members, both Maine and New Hampshire passed anti-drilling state laws! The Massachusetts Senate bill (S.448) advanced to hearing with the committee reporting out favorably on August 15, 2019 and sending the bill to the Senate Ways and Means, while the Massachusetts House bill (H.2852) still awaits hearing before the committee on Telecommunications, Utilities and Energy. Connecticut's sister legislation unfortunately failed to be called before the General Assembly adjourned for session, but the good news is that we have commitments from legislators in both Connecticut and Rhode Island that they will introduce this legislation in the next session, kicking off in January 2020. We are optimistic that New England's coastal states will in fact achieve a full sweep of anti-drilling legislation! 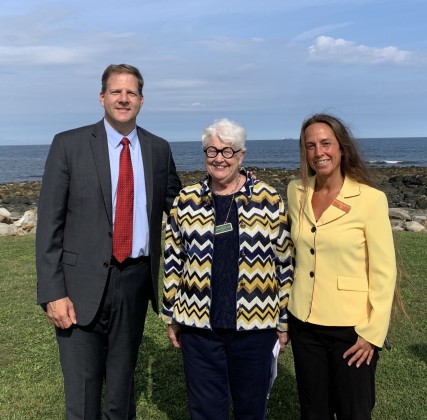 While enacted anti-drilling laws will not prohibit the federal offshore drilling program from advancing, in concert with similar laws passing in neighboring coastal states they send a strong message of unified opposition to new offshore drilling to the federal government and go a long way toward protecting our coastal resources and communities by establishing solid opposition within each state's laws, goals and policies. They also offer a blanket of protection from OCS oil and gas resources being shipped across state waters, which creates a costly logistical hurdle for any potential lease area owners to plan around should lease sales advance in the Final Program.

What's even more inspiring is that New England is not the outlier here; according to the National Caucus of Environmental Legislators, five states passed bills to limit offshore drilling and development in 2018, and 11 total states worked similar legislation in 2019 (visit our campaigns page to engage locally with your nearest Surfrider chapter!). America is rising up in solidarity to opposed the expansion of offshore drilling and seismic airgun activity, and YOU can help!

Meanwhile, the U.S. House of Representatives passed legislation on September 11, 2019 to permanently ban offshore drilling in large portions of U.S. waters. Of course the Senate also needs to pass the measures for the bills to become law; read more about this activity and take action here to encourage your U.S. Senators to support offshore drilling bans!

For the latest activity and opportunities to engage in New England, please fill out this form (and please share the link widely - all are welcomed!): go.surfrider.org/NoNEDrilling.