The Chapter engaged in a successful campaign to help pass municipal legislation to add a 5-cent fee on paper and plastic checkout bags in the City of Portland, Maine.

The Chapter's Rise Above Plastics Coordinator was invited by the City Council in 2013 to sit on the Green Packaging Working Group, to help develop this ordinance.  Councilman Suslovic commended the Surfrider Foundation for its leadership and vital role in the formation of a strong ordinance, which went into effect April 1, 2015. 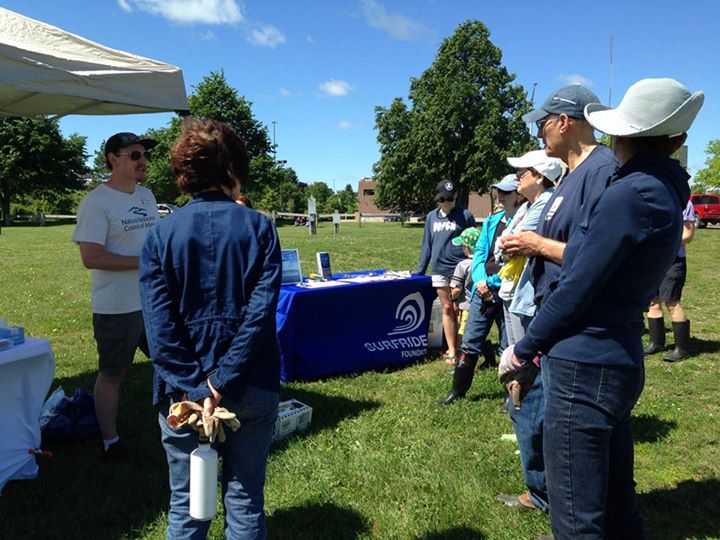 On the day before the June 16, 2014, hearing, the Chapter co-hosted a cleanup of Portland's Back Cove with the Natural Resources Council of Maine (see the photo album here).  In just two hours, the group of approximately twenty volunteers pulled 44 pounds of trash, 6 pounds of recyclables, 108 Plastic Bags, 94 EPS foam cups, and 316 EPS foam pieces from a small stretch of the Cove, clearly demonstrating the plastic debris issue and calling upon the Council to pass the bag fee ordinance as well as its counterpart, an EPS Foam Food Packaging Ban, which also passed on a 6-3 vote.

Kudos to the Maine Chapter, the Portland City Council, and everyone who took part in this campaign for a job well done, with far reaching, purely positive implications for the ocean, waves and beaches!

Becoming a member of our Chapter is a GREAT way to support important work to protect the ocean, waves & beaches we all love.

To learn how YOU can get involved in similar campaign efforts in Maine, contact: maine@surfrider.org.

Not sure what all the fuss is about plastic bags?  Check out this video produced by Surfrider activists from the “other” Portland, in Oregon: