Misquamicut Beach is OUR Beach! 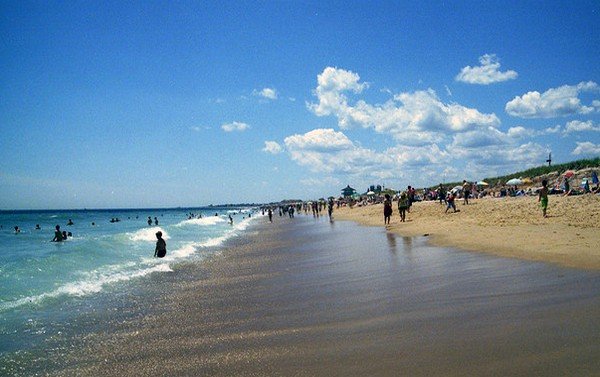 This matter involved a question of public access to an extended stretch of Rhode Island’s south-facing shoreline in Westerly, Rhode Island, known as Misquamicut Beach. There has been a long-running dispute between oceanfront property owners and public beachgoers over whether the upland beach between the dune line and Mean High Water Line is private or public.

In 2012, the Rhode Island Attorney General’s Office (RIAG) filed a lawsuit in the Rhode Island Superior Court seeking a declaratory judgment finding that the upland beach had been dedicated for public use.  The RIAG’s primary evidence in support of its claim was the original 1909 plat map, which appears to show an undivided parcel of land labeled “Beach” between the Atlantic Ocean and the base of the dunes that is connected to the public road behind the oceanfront lots by twelve public rights-of-way.  The RIAG argued that the 1909 plat map evidenced the original owners’ intent to dedicate the upland beach area to the public.

The case went to trial before a judge during the summer of 2014 and a decision was issued on September 4, 2014.  In his decision, the judge held that the RIAG failed to prove that the 1909 plat map showed a “clear and unambiguous” intent to dedicate the beach for public use.

A final judgment was entered by the Court on March 24, 2015. The wording of the judgment was surprisingly unremarkable as everyone thought that the Judge was going to include language regarding ownership of the beach between the dune line and the high water mark. However, the Judge did not address that issue at all.

The Rhode Island Chapter successfully lobbied the RIAG to challenge the Judge’s written ruling, and the RIAG filed Notice of Appeal on March 31.

The Rhode Island Chapter, led by the generous counsel of attorney Brian Wagner, petitioned and was granted permission by the Supreme Court to file a “friend of the court” or “amicus curiae” brief in this matter. The brief was filed on May 13, 2016. Read excellent media coverage on this case and central arguments in the Westerly Sun.

The case was scheduled for oral argument before RI supreme court on March 9, 2017. This was a complicated case with multiple parties, but unfortunately, the Court upheld the Superior Court decision on all counts concluding that the 1909 Plat did not dedicate the beach to the public. Despite the Court’s thanks for the briefs filed by the various amicus it appears that our arguments were ignored.

We are evaluating possible next steps and will continue, as always, to champion the public's rights of access to the ocean, waves & beaches. Please reach out to the RI Chapter to get involved.

YOU can help protect public access to all of Rhode Island's beaches by becoming a member today!