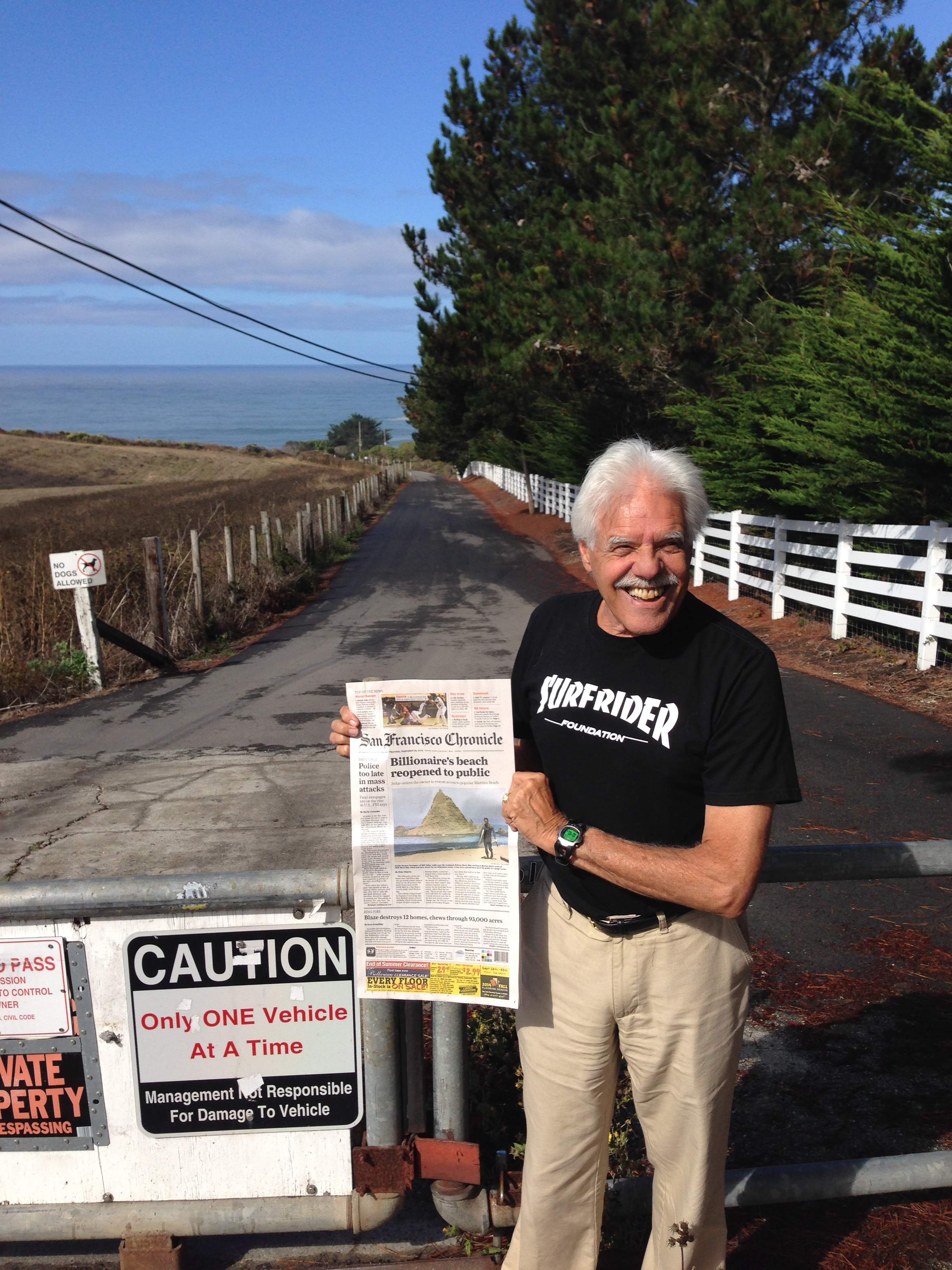 Hi my name is Birdlegs, and I am Surfrider because… I love this small blue planet.

Q: What was the moment that made you decide to get involved with Surfrider Foundation?

I started surfing in 1959, when I was a teenager. When I was in college in 1967 I interviewed Jaques Cousteau for my college newspaper. I asked him if he had any good advice for young people who wanted to help protect the ocean. He said, “Yes! Don't follow gurus like me, go out and do it yourself.” I went on to write my first article on surfer power and beach access for Surfer Magazine in 1970. It encouraged surfers to get active in politics and ocean protection issues. Since then I have worked in politics and on ocean protection issues for the California legislature, the U.S. Congress, the U.S. Environmental Protection Agency and in the White House for President Carter.

In 2010 access to my local break, Martin's Beach (in San Mateo, California), was taken from me when billionaire and venture capitalist, Vinod Khosla, purchased land around the break and locked the gates to the only public access road. For the last couple years I have been working with Surfrider's fantastic legal team (Angela Howe, Mark Massara, Joe Cotchett, Eric Buscher and Pete McCloskey) to get Khosla to reopen public access. Beach access is our right!

Since getting involved in Surfrider in the early 80's, I became the President of the Foundation from 1986-1991. We put a lot of energy into increasing membership and our political clout. During my first years leading the organization we grew from 200 members to 25,000. And, we won some important battles at Imperial Beach in San Diego, Bolsa Chica in Huntington Beach, and Hammonds Reef in Santa Barbara.

Q: What has been the highlight of your Surfrider experience?

In 1987 the Surfrider Foundation busted two paper pulp mills in Humboldt County, California, for 40,000 violations of the Clean Water Act. My friends, Mark Massara and former Congressman Pete McCloskey, and I fought the case for three years. And, we won! This was, at the time, the largest Clean Water Act lawsuit in the United States history. It really helped put the Surfrider Foundation on the map. Our victories, thus far, especially at Martin's Beach, are BIG wins too.

The ocean is in A LOT of trouble! Climate change, acidification from fossil fuels, and trash have warmed and polluted our ocean—killing our corals. A recent 5 Gyres report found that five trillion pieces of plastic, weighing more than 250,000 tons, is floating in our ocean. It's heartbreaking just knowing that the problems and the solutions start with us.

As surfers we are bonded to the ocean. It's a personal affair. Anyone who loves the ocean as much as we do must do more to help solve these problems. In addition to voting, helping the Surfrider Foundation is one of the best ways we can help the ocean we love so dearly. Whether it's volunteering at a beach cleanup or donating to the organization, every bit helps.