Behind the Almond x Surfrider Collection: Catching up with Artist Ty Williams

For our second collaboration with Almond Surfboards, we are honored to have enlisted design support from the creative hand of artist Ty Williams (@tywillyums). As can be seen throughout the collection of apparel, surfboards and accessories, Ty's artistic style and subject matter are a natural fit to embody and represent Surfrider's mission and Almond's core values— each of us doing our part to protect the shared places we value, enjoy and rely on.

We recently caught up with Ty to learn more about how the Almond collaboration designs came about, some of the inspiration for his larger body of work, and how each of us plays a role in protecting and preserving our ocean and coasts. 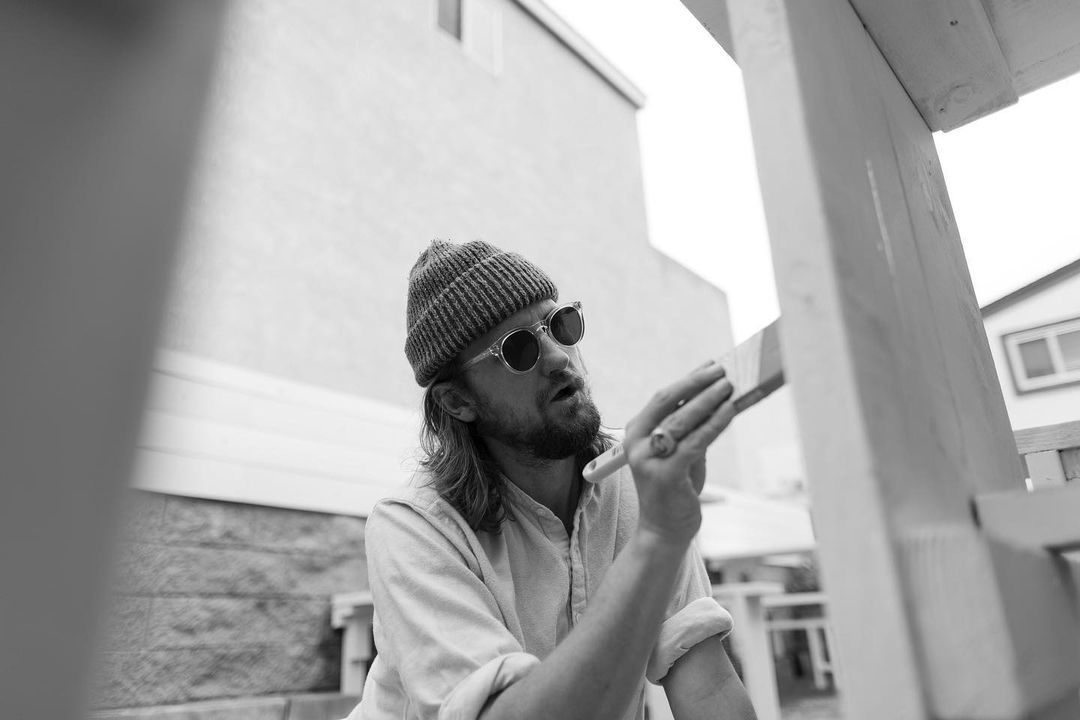 “I pull almost all of my influence and inspiration, and life force from the ocean.”

When he was approached to participate in designing the collection, Ty shared that it was an easy decision to come aboard. “[Almond has] always had a really beautiful clean, wholesome aesthetic, and I’d see them at the beach and was always interested in what they were doing. They’re just awesome humans… And [Surfrider is] a constant in my life, whether it be at events, at the beach,” Ty said, “So when [Almond] approached me, it was a no-brainer.”

With so much coastline and time spent in the ocean in his personal history— from his early years in Maine and the Caribbean, and later, Florida and California— it was surprising to hear that when we spoke, he was inland, in Vermont. “I’ve never lived more than a few minutes' drive from the ocean,” Ty said. “This year more than ever I’ve been confronted with how I can’t live away from the ocean for any period of time… But I’m really fortunate that I can drive to Maine and still go surfing.”

In this year's designs, sea creatures and clean, flowing lines with a surf-inspired flare take center stage, which are common themes throughout Ty's body of work, where the interconnectedness of nature and human wellbeing is often focal— which he says is a product of his coastal roots, and love of the ocean and surfing. “I pull almost all of my influence and inspiration, and life force from the ocean, so to not be around it, it’s been really educational… but the ocean is pretty vital,” Ty said. 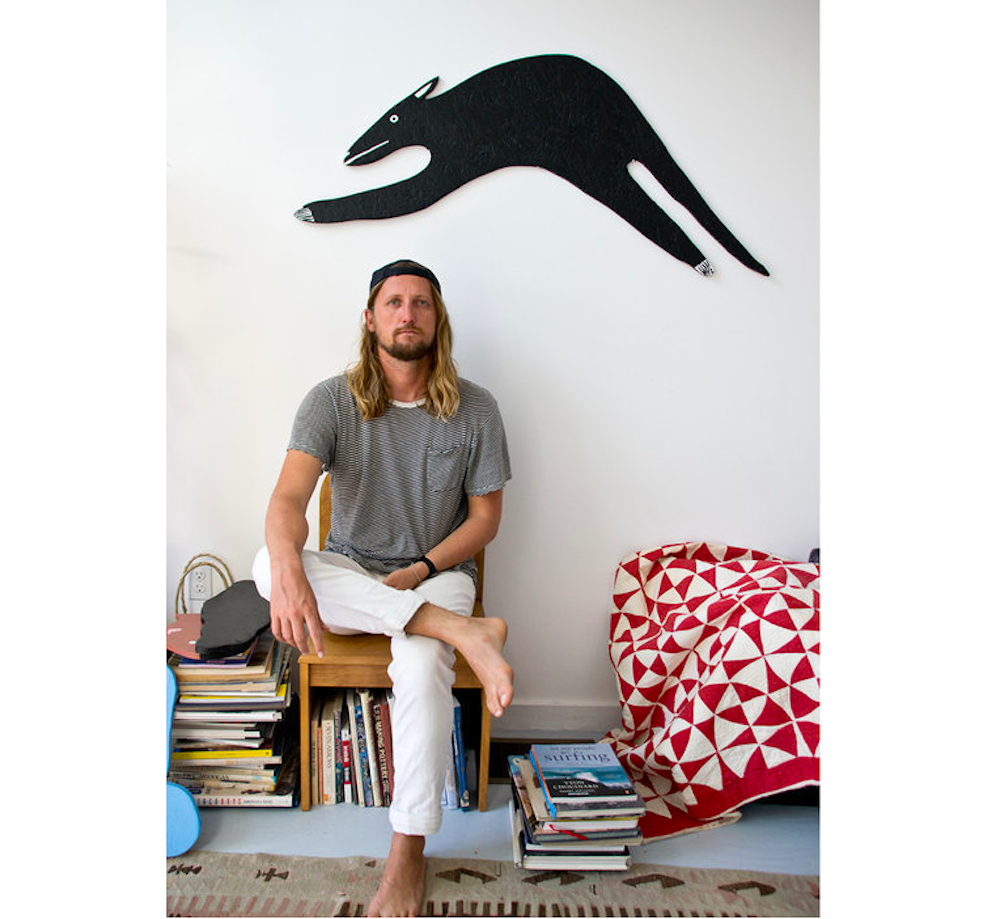 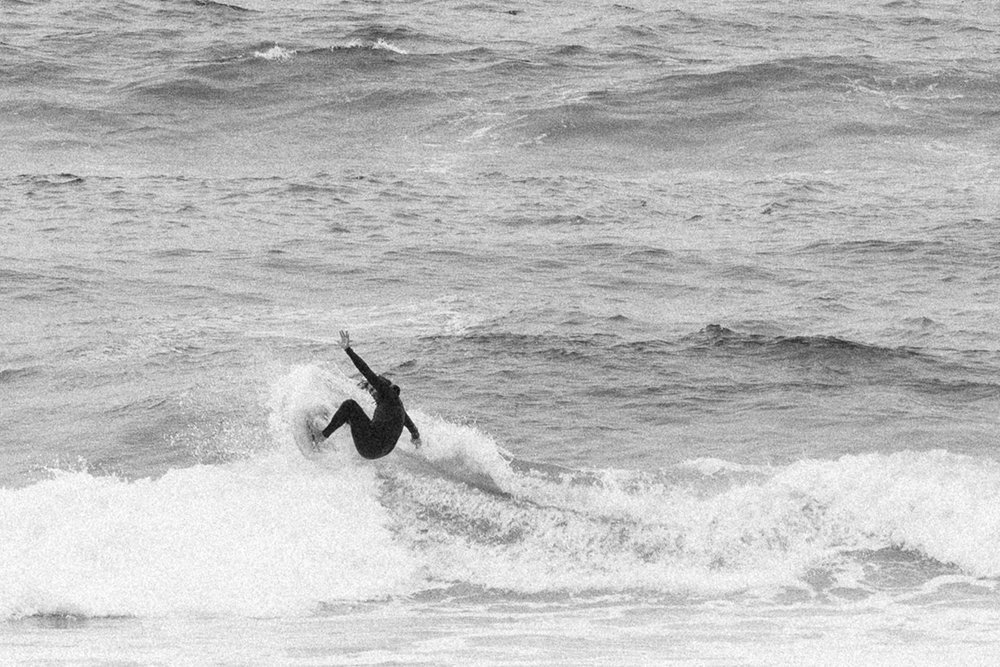 “A little bit is better than nothing.”

Living in Vermont and experiencing local sustainability initiatives and community programs has been enlightening, too, Ty said. “It’s like playing chess with carbon footprints… I’ve always thought, I eat clean, I don’t eat meat and now I’m not flying very much… I think I’m doing really good and then you come somewhere like Vermont and they’re militant about [sustainability], and it’s great, but it sets this new bar.”

Apart from access to recycling, composting and other community-based programs, though, Ty's philosophy is that working with the time, capacity and resources we have as individuals is key: “Maybe you don’t have access to all of the programs, but smart purchasing when you buy things, that’s something… and little bit is better than nothing.” 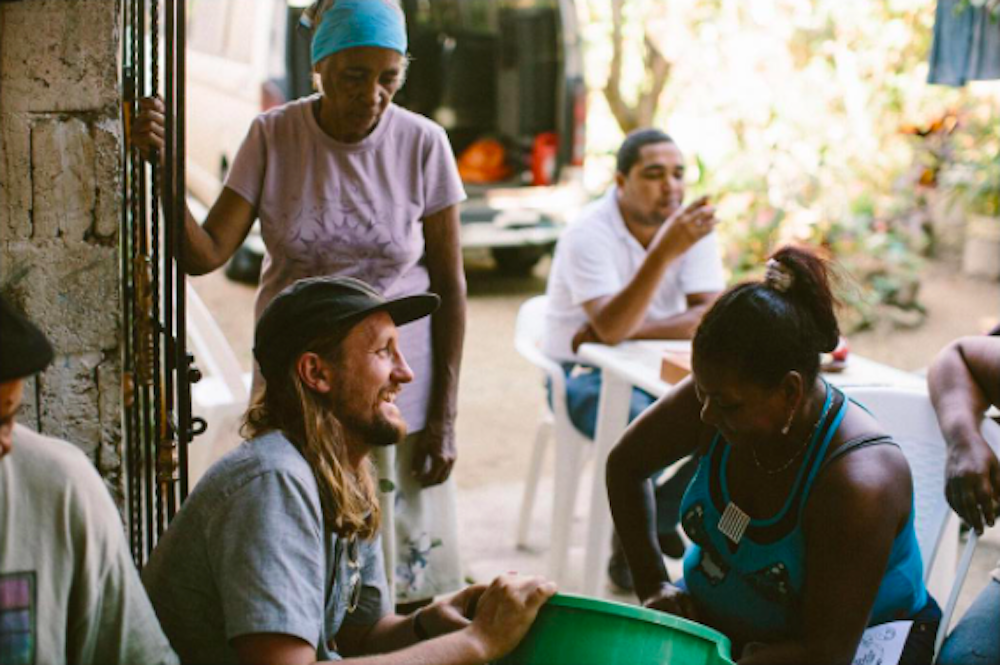 “It turns out that the things that are bad for me and bad for the ocean are the same things.”

Beyond community programs, Ty discussed the importance of considering the power of personal habit changes, and ways to develop them so that they become second nature. Conscious consumption and buying secondhand, along with mindfulness surrounding sunscreen ingredients are some of the habits he's picked up along the way to help reduce his own environmental impacts. To give clothing items a second life, “I like the idea of donating and giving away things,” Ty said. In regard to sunscreen ingredients, he noted that in examining sunscreen ingredients more closely, “it turns out that the things that are bad for me and bad for the ocean are the same things.”

In his experience and learnings, Ty noted that often, striving for perfection right out of the gates can make tasks daunting. When trying to establish a new positive habit, instead of setting lofty goals from the start, Ty suggests considering your own capacity and resources, and setting goals that are achievable. Then, re-evaluate them incrementally, instead of creating looming goals that seem impossible to achieve when starting from the ground up. 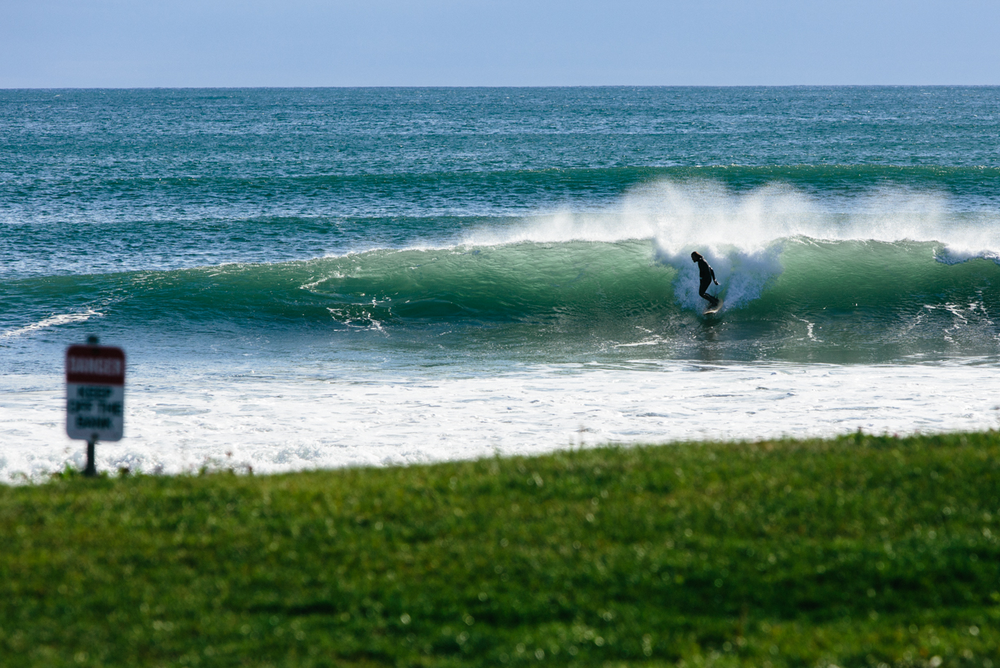 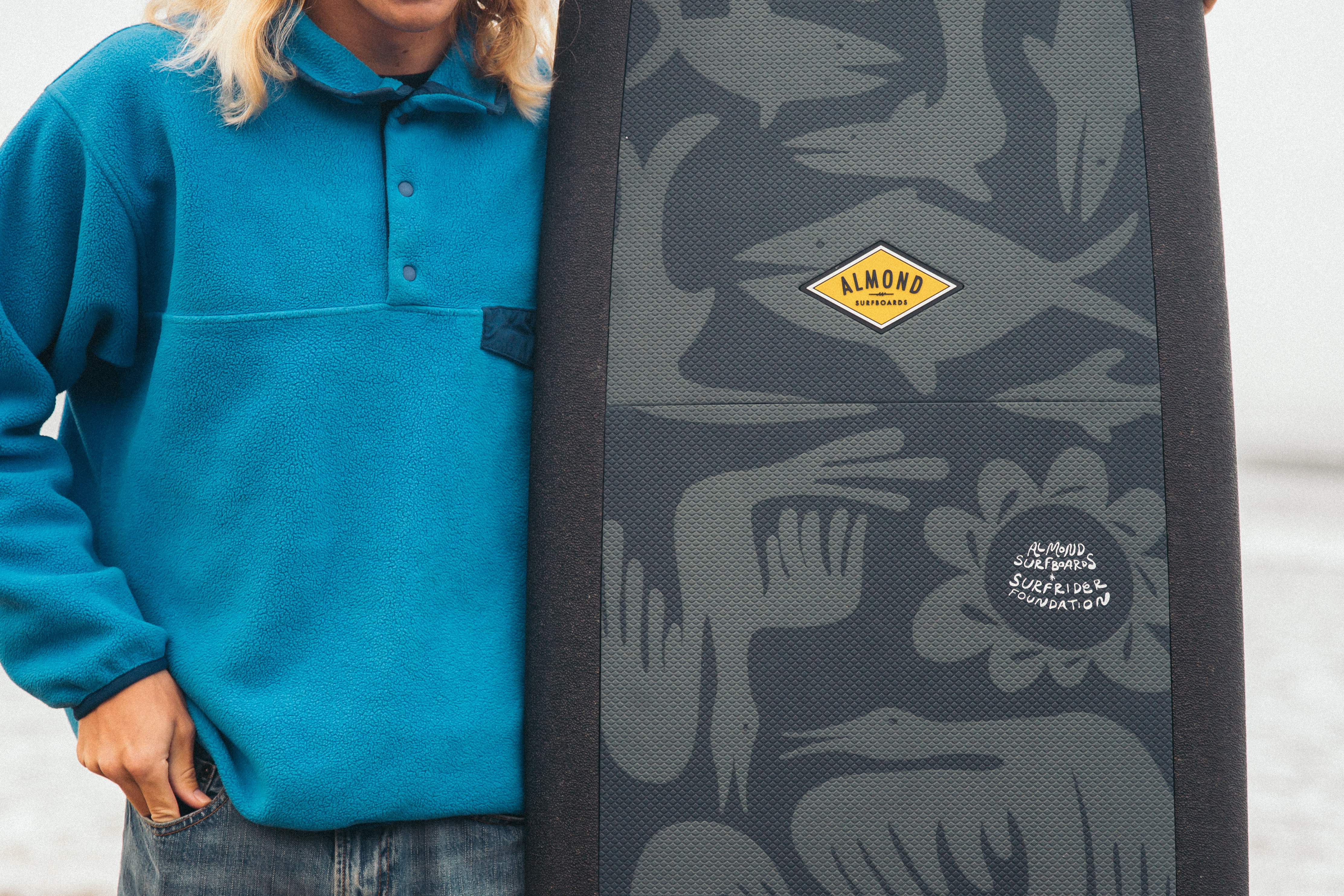 Looking to the year ahead, Ty says he is “hopeful” for the future of our ocean and coasts, and “excited to travel again, and to get to go in the ocean again.” Huge thanks to Ty for chatting with us, and to our partners at Almond for their ongoing support!

Proceeds from sales of the entire Almond Surfboards collaboration collection, both in-store at Almond's shop in Costa Mesa and online through Surfrider's or Almond's site, will directly support Surfrider's mission. 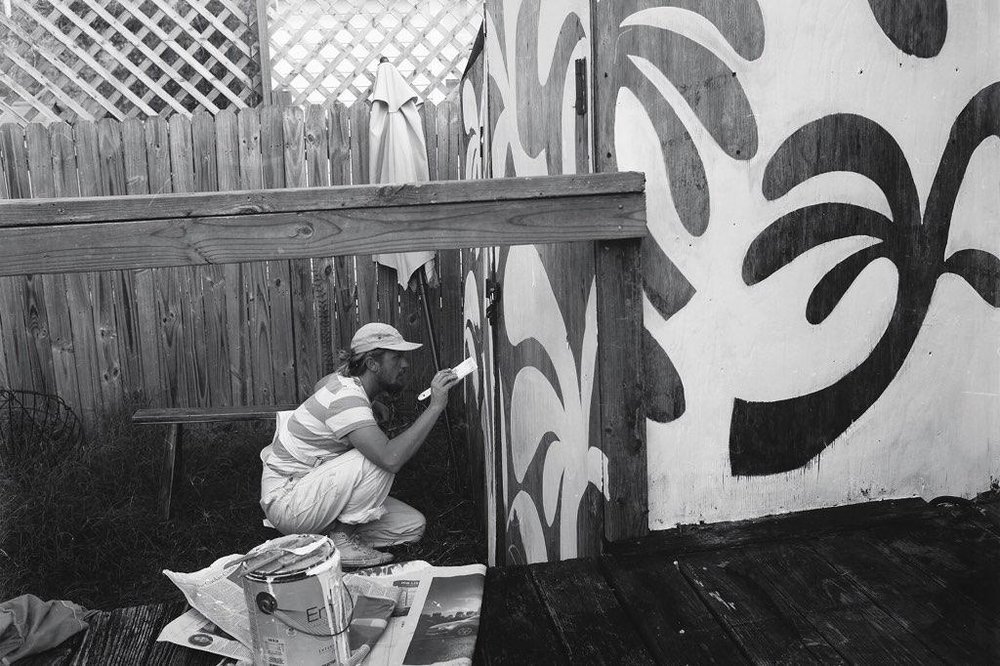