Commission Seeks to “Lift the Fog on Fracking” 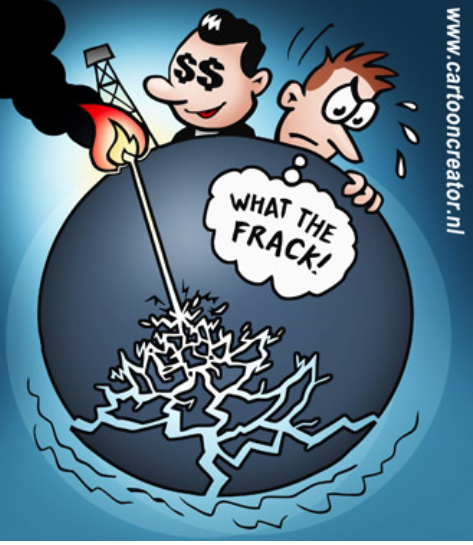 In August 2013, the Associated Press reported oil companies have used hydraulic fracturing (“fracking”) and other types of “well stimulation treatments” to access oil beneath state and federal waters for decades without notifying state agencies that the practice has been occurring.

This discovery was a big wakeup call that sent some regulators scrambling to figure out how fracking had occurred without their awareness. The California Coastal Commission, which has jurisdiction over oil and gas activities that occur in or affect state waters, was the first agency to step up. In August, the Commission vowed to investigate the undisclosed fracking and to identify potential actions it could take to address the issue.

Fast forward to January 2014. In anticipation of a Commission briefing on fracking, a coalition of coastal activists (including Surfrider, Coastal Protection Network, Ocean Foundation and Environmental Defense Center) spent several weeks identifying what might be done to monitor and regulate the practice effectively. We identified several state and federal agencies that ought to be playing a part in regulating offshore fracking. We also produced a brief small report, “Lift the Fog on Ocean Fracking,” which recommended common-sense measures that the CCC might adopt to start bringing offshore fracking under control. To review the full set of recommendations, go here. To review our accompanying press release, go here.

At the February 2014 Commission hearing, staff provided the Commission and the public with a briefing about their investigation. The briefing was well attended by citizens who shared their concerns about offshore fracking, as well as representatives of the oil and gas industry, who attempted to convince the Commission that no action was needed. Listen to a quick radio clip with great quotes from those who attended.

We were pleased to see that these actions closely mirrored our recommendations. However, this investigation is just a first step toward reigning in undisclosed fracking and establishing a stringent statewide regulatory framework for the practice. The Commission has an important, if difficult, role to ensure that any fracking in state and federal waters meets the requirements of the Coastal Act. Although there is much work to be done, coastal advocates applaud the Commission for taking the initial steps to address this complicated situation and assure Californians that it takes seriously its responsibility to protect our coastal resources.