While Hawaii was the first state to pass plastic bag reduction laws in every county a few years ago, Oahu just took things to the next level! On December 4, 2019, the Honolulu City Council passed Bill 40 with a vote of 7-2. The mayor signed the bill into law on December 15, 2019. This bill is the most comprehensive phaseout of single-use plastic in the nation, and bans nearly all takeout plastics over a 2 year period.

Materials included in the phaseout include polystyrene and single-use plastics, including plates, bowls, cups, utensils, straws, foam containers, and other foodware items. It also expands the existing plastic bag ban by including restaurants and other retailers. With Oahu being home to 72% of the State of Hawaii's population, this bill has wide ranging impacts for the entire State and can act as inspiration for the nation and world. 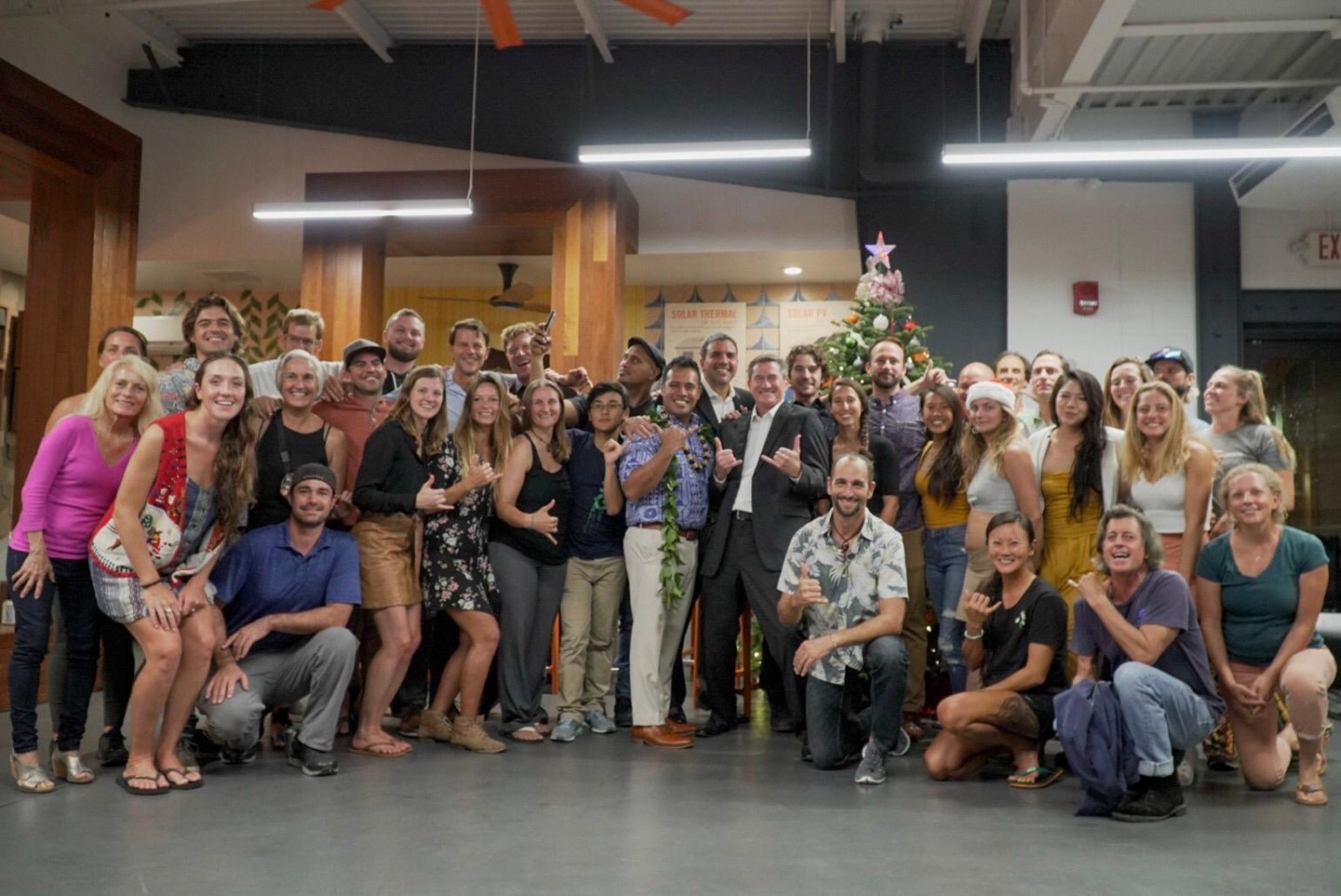 The bill was introcuded in July 2019 by Councilmember Joey Manahan and the latest draft was completed with Councilmember Tommy Waters. Both Councilmembers acted to address the urgent plastic pollution crisis with real solutions that will hopefully spark similar legislation in other counties and states. Surfrider Foundation Oahu Chapter was a key player in supporting the Bill and worked with a coalition of other non-profits including Zero Waste Oahu, Sustainable Coastlines Hawaii, Sierra Club Oahu, Kokua Hawaii Foundation, B.E.A.C.H., Sustainable Island Products and other groups. There was also a powerful youth turnout in support of the Bill, including Climate Strike Hawaii, Surfrider's UH Club, the Kaiser High School's Wipeout Crew, and many other high school and college students and teachers from around the entire island. They took this opportunity to voice their concerns about plastic pollution and demand changes that would lead to a more sustainable and plastic-free future. This is an exciting and emotional win for all those involved! 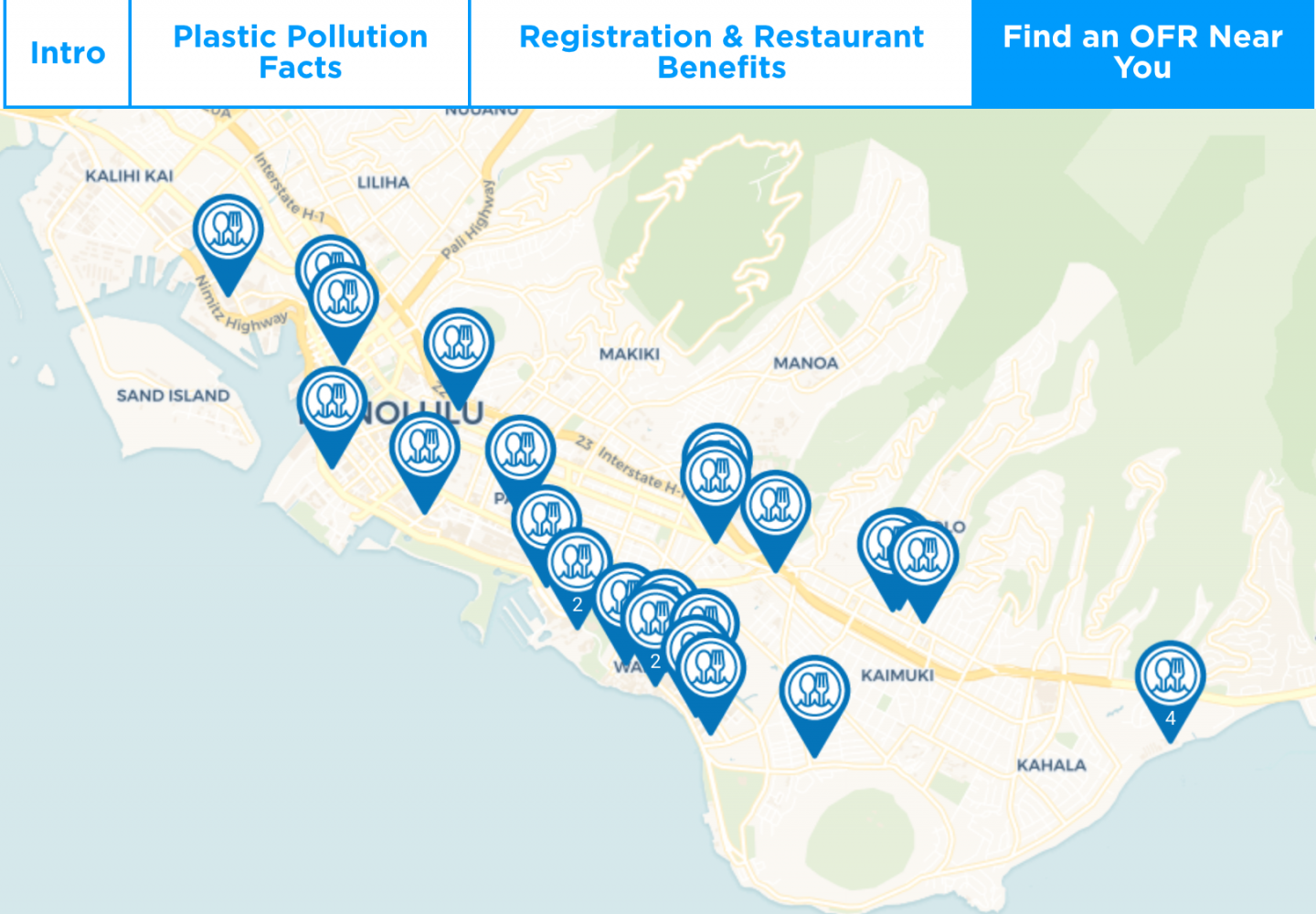 While some restaurants and businesses expressed opposition to the bill, Surfrider's Ocean Friendly Restaurants (OFR) stood in strong support. Through the OFR program, these restaurants have already reduced single-use plastics, including eliminating plastic bags, plastic straws, and polystyrene foam. They have been able to successfully make these changes while maintaining, and in many cases, improving their bottom line.  This was critical to the bill's passage because it proved that restaurants and businesses can embrace these policies and still thrive.  OFRs are getting ahead of the coming political changes and are often seen as sustainable leaders in their communities. To become an OFR or learn more about the program, visit go.surfrider.org/ofr.

After the hearing, Surfrider Oahu's monthly chapter meeting turned into a lively victory celebration!  Serveral Council Members like Joey Manahan, Tommy Waters and Chair Ikaika Anderson came by to thank our coalition for their great work.  For many there, including Hawaii Manager Stuart Coleman, Ari Patz of Sustainable Island Products and several others, this was the culmination of a ten-year campaign to ban foam and phase out single-use plastics.  Like the bag bans enacted on each county years before, there are already polystyrene bans already in effect on Maui and the Big Island.  So the passage of Bill 40 on Oahu will move Hawaii one step closer to becoming a foam-free state and a leader in the global efforts to reduce pollution from single-use plastics!

Visit the Honolulu City Council's webpage to look up the bill and learn more: honolulu.gov/council.