How Big is the Floating Island of Plastic in the Pacific? 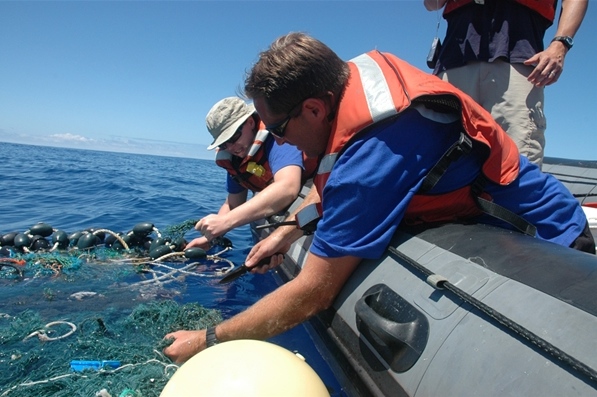 That's a trick question because there is no floating 'island' of plastic pollution but researchers recently released a study showing that plastic in the ocean has increased 100-fold in the past 40 years.  Yes, that's correct.  Plastic pollution did not double or triple during that time, it increased by a factor of 100, which shows that much more needs to be done to prevent this deadly marine debris.

Scientists from SEAPLEX, part of Scripps Institute of Oceanography at UC San Diego, authored a paper on the issue that was released in Biology Letters.  The paper focuses on how the increase in plastic debis floating in the ocean has lead to an increase in places that certain insects lay eggs.  What exactly that means remains to be known but it could lead to a population boom of certain insects, especially in ocean gyres.

Back to the original question: it's important to realize there's no a floating island of plastic trash in the ocean but there is still way too much plastic pollution in the ocean, especially where gyres can concentrate it.  Plastic pollution is dispersed through the water column and found at various depths, especially in the gyres.  Some types of plastic sink and rest on the seafloor but you can think of the gyres as a swirling soup of plastic pollution - similar to confetti in a glass of water.  Plastic does not biodegrade back into natural elements but it photodegrades into smaller pieces that can be mistaken for food by marine life, not the most nutritious meal.  In some cases, researchers come across 'ghost nets' or other plastic debris that has accumulated together in the open ocean but it's typically the plastic soup scenario.

It's not global warming, it's climate change.  It's not ocean acidification, but the ocean is becoming less basic.  It's not a floating island of trash, the ocean is turning into a plastic soup.  I don't intend to discredit any of those issues, but it's important that we study them, refer to them properly and solve the problems we face.