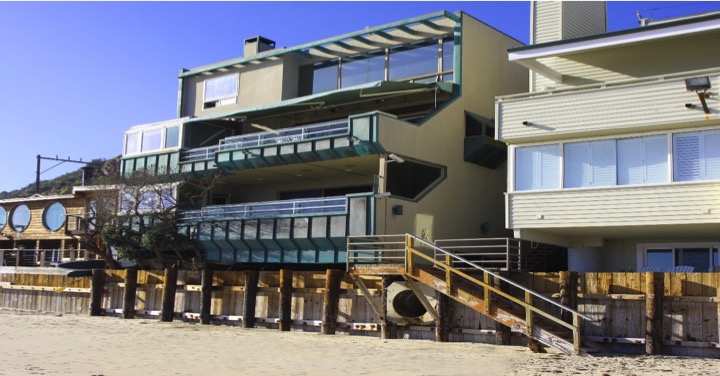 Above, the Lents' vacation rental with the illegal stairs where public access should be.

When it comes to natural resources, few violations offend more than individuals making money by illegally taking what belongs to the public. Blocking coastal access is theft from the beginning. People who deny California residents and visitors the right to immerse themselves in the joy of the beach are stealing a priceless experience guaranteed by our Coastal Act.

Yesterday, for the first time, the California Coastal Commission demanded the people be paid back.

But before we get to that, we have to rewind a bit further, to 2014. Because until then, the only way commission staff could stop property owners from illegally blocking public beach access was to take offenders to court. This costly and time-consuming excursion significantly disadvantaged the agency against wealthy beachfront propery owners and homeowner associations, a conundrum that inspired then-California Assembly Speaker Toni Atkins to change things. She successfully enabled the Coastal Commission to enforce coastal access violations by levying fines against violators. Since that time, the threat of financial punishment has been enough to encourage violators to respond appropriately when, for example, they're caught putting up fences, gates, illegal “No Trespassing” or “No Parking” signs, or otherwise physically blocking or intimidating potential visitors from accessing the coast.

Dr. Warren Lent, a Beverly Hills plastic surgeon, was less cooperative. Which brings us back to the Thursday, Dec. 8 meeting of the California Coastal Commission, where the case of Dr. Lent's willful and extended disregard of the Coastal Act provided Commissioners with the first opportunity to levy those much-lauded, never-before-used fines. The question was, would they? And to what what extent? 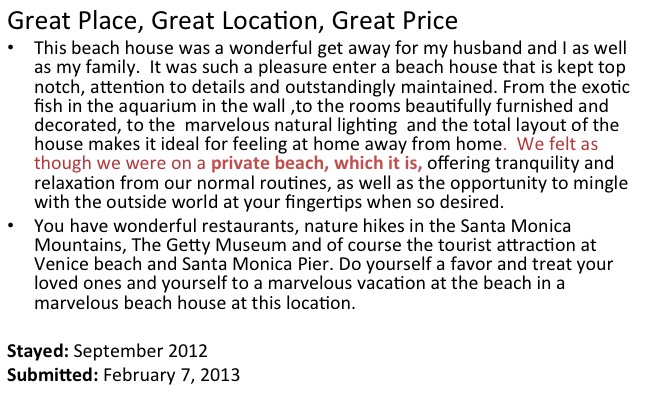 Dr. Lent has owned a house on Las Flores Beach in Malibu since 2002, operating it as a temporary vacation rental, advertised on VRBO.com for an average rate of $1,018 per night, $9,200 per week and $32,000 per month. Part of the rental's appeal in the listings is the promise of a “private beach.” Which the beach more or less is – illegally. Where the public access point should be, instead a private stairway, fence and gate exist. The Lents have refused to remove this unpermitted development and otherwise resolve outstanding Coastal Act violations since 2007, essentially trading on the public trust for personal profit.

That all of the public has a right to enjoy coastal access for recreation is critical to social and environmental justice. The blocked public access point in question sits in the middle of a three-mile stretch of coastline – the nearest path from the street to the sand is at Carbon Beach, 1.7 miles away. The Las Flores access point should be serving as a gateway to the beach, not creating a gated beach. This is especially important for nearby San Fernando Valley residents, many of whom face obstacles just getting to the coast. To be at the beach and not be able to get to the beach adds insult to injury.

An 'inordinate' amount of time

The Lents spent over nine years arguing against the public's right-of-way. These arguments kept the Coastal Conservancy from being able to build a public walkway and caused commission staff to spend an inordinate amount of time rebutting these arguments. This is absurd. Case law is clear – property owners must comply with Coastal Development Permit (CDP) conditions and resolve existing Coastal Act violations.

That brings us to the hearing.

Surfrider staff and volunteers from the Ventura and West L.A.-Malibu chapter attended and spoke up in support of enforcement staff's recommendation that fines be levied. We did have one point of disagreement with staff, however. Where they requested a “conservative” penalty of $950,000, we asked commissioners to consider applying the full penalty of approximately $8.4 million supported by the 2014 statue. Our argument: Given how much money was made advertising and selling the public trust as a private beach, $950,000 was far too little. We believe willful and prolonged refusal to obey the law should not be rewarded by a reduction in consequences.

Commissioners agreed the proposed fine wasn't enough. After much discussion about how much it should be – and nearly as much commenting on the “egregious” nature of the violations – the commissioners unanimously agreed that a fine of $4.1 million, half the maximum, would be most appropriate considering how long the public has been kept from this beach, how staunchly Dr. Lent refused to consider a reasonable settlement and the extremely unreasonable amount of time state agencies were forced to spend on this issue as a result. Part of the fine will be used, appropriately, to build the long-awaited public stairway.

In short, commissioners utilized the civil penalty authority provided by the state in exactly the way it was intended – as a deterrent and, if that fails, to address this kind of untenable situation. With this decision, commissioners showed that the state will not tolerate those who attempt to make our public beaches a private playground. They affirmed the work of enforcement staff, showed commitment to the Coastal Act, gave warning to potential future violators and acted as champions on behalf of all the people of California. 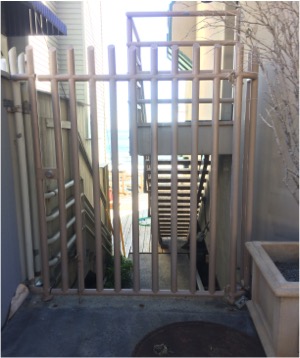 The gate blocking public access has been ordered to be removed – and a portion of the $4.1 million fine will go to building a path and stairway for the public!