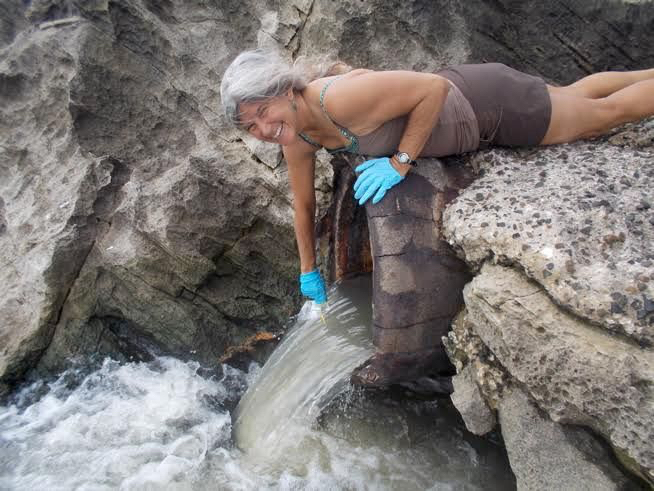 Isabela is a small coastal town on the northwest coast of PR known as “the Garden of the Northwest.”  It’s about an hour’s drive from Surfrider’s base in Rincón, and is home to some famously beautiful beaches, championship surf breaks like Middles, superb diving and snorkeling reefs, and also Kathy Hall.

Kathy is not only a well-known surfer but has some pretty impressive credentials for a volunteer activist too!  You could start with her Masters degree in Biological Oceanography, and her teaching certificates for Biology, Environmental Science, and Elementary School.  You could mention her decades-long educational effort regarding sea turtle conservation - an entire generation of regional students and community groups know her as “the turtle lady”.

Kathy Hall is the co-founder of La Liga Ecológica del Noroeste in 1992, which was formed to protect the natural resources of Aguadilla, Isabela, and Moca, and is fighting against the mega resort Christopher Columbus Landing.  Right now she is also on the directorate of the coastal conservation group Rescate Playas Isabela (RPI), and was instrumental in installing water testing equipment into Ramey School in 2010.  This gives Environmental Science students hands-on experience in processing and testing of samples.  The expansion of the Rincón BWTF to the north coast has RPI volunteers collecting from four sites weekly, which Kathy coordinates.  Did I mention she is an excellent surfer?

Q: When and why did you get involved with the Surfrider Foundation?

Oh, I signed up as soon as I heard about Surfrider, because I liked the mission, and that was over 30 years ago.  Surfrider of San Juan was a big help in fighting the Christopher Columbus Landing in the mid 90’s.  Then I got involved with the Rincón Chapter’s 2001-04 campaign to create the Reserva Marina Tres Palmas.  When I joined RPI, volunteers were running refrigerated samples down to the Rincón’s BWTF lab every week in that six hour window period to get accurate results.  I was able to buy equipment with Liga Ecológica funds to set up a satellite lab at Ramey School, where I was working at the time.  Steve Tamar trained us and we’ve been doing it ever since with the help of Rex Roettger and crew!

Q: What issues are you most passionate about in your community?

Saving plants and animals from untimely extinction, and getting the next generation to experience nature.  I was in charge of an after school environmental science club at Ramey School for over ten years.  Health issues are also my passion. 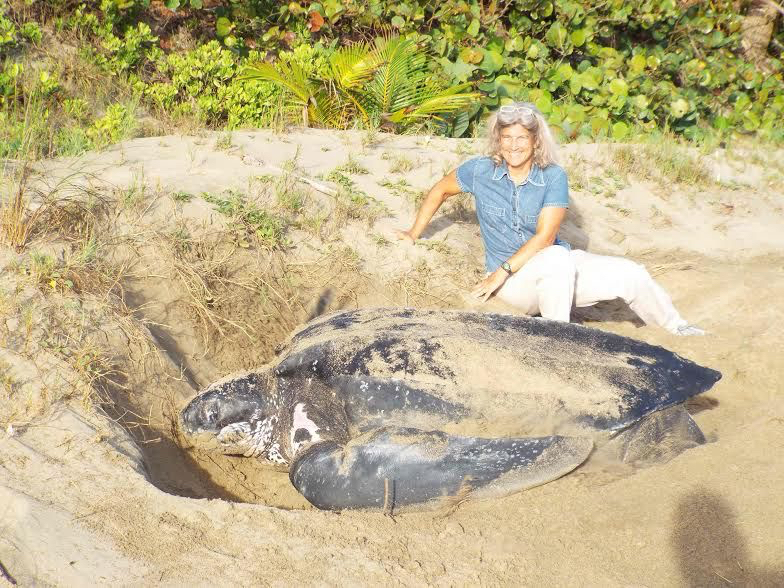 Q: What important campaign are you working on currently to help protect our ocean, waves and beaches?

Unbelievably, it’s back to that old Christopher Columbus Landing rearing its ugly head twenty years later.  The Liga Ecológica, and myself as president have legal standing for court battles.  There’s a coalition of groups including Surfrider that are trying to keep this huge megaproject out of Playuela, a pristine part of Aguadilla!  The proposal includes hotel, villas, casino, shopping mall, condos, conference center- you name it - high- density development right next to the beach.  Tourism has evolved more toward ecotourism, but this project still follows the original design.  It still has all the problems and issues from protection of endangered species to sewage treatment that we were pointing out over 20 years ago.  As surfers, we are also concerned with losing access to the excellent surf breaks offshore.  We have already had some surf breaks damaged by development in Aguadilla.

Besides the Reserva Marina and the water testing program? I really like how Surfrider is always reaching out to get the community involved in local issues.  I admire how the Rincón chapter is always there at surf contests, conferences or the farmers market and fairs; always promoting conservation and science.  That’s key.

Q: Where is your favorite beach and why?

I would have to say it’s Surfers Beach in Aguadilla when it’s firing!  I like the wave shape, and some lefts can be found.  Plus, while you’re out waiting in the lineup, there’s the awesome view of the beach and the cliffs, with all the different types of trees and rock formations. It’s a beautiful place. 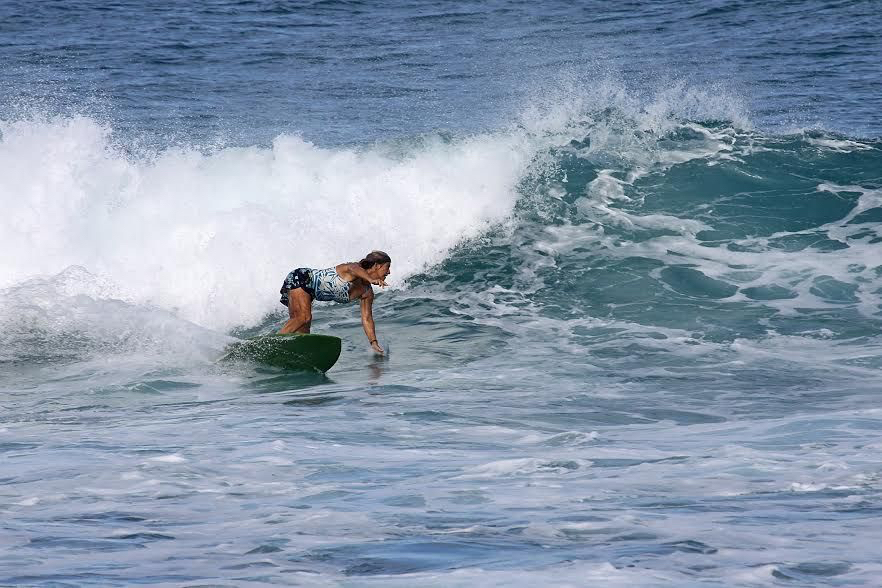