The beautiful crescent-shaped stretch of beach in Half Moon Bay is the site of Surfrider Foundation's featured beach access campaign since owner, Vinod Khosla, has gated the only road leading down to the beach.  While Surfrider Foundation helped to successfully defend the Martin's 5 from trespass charges earlier this year, there is still ongoing litigation to establish access rights to the beach. 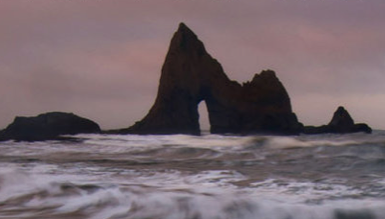 In addition to Surfrider Foundation's California Coastal Act case, there is a case brought under the California Constitutional right to access by the firm Redenbacher & Brown for “Friends of Martin's Beach”.  This suit specifically claims that (1) the California Constitution provides a right of access under Art. 10 Sect. 4; (2) the previous owners of Martin's Beach expressly dedicated the road to the public through the large billboard inviting people to enter; and (3) there is an ancient right of the people to access the ocean.  Unfortunately, on October 28th, Judge Gerald Buchwald of San Mateo County Superior Court issued an oral ruling that disagreed with these arguments and sided with the property owner and billionaire venture capitalist, Vinod Khosla.

Critics of the opinion have noted that it is absurd to exempt modern laws from applying to current California property deeded from Mexico, which would include all “rancho” properties of the state.  This opinion was read from the bench, and there is still no written opinion finalized from the court.  Additionally, this was merely a lower court opinion.  The District Attorney in San Mateo has relayed that any trespass charges for accessing Martin's Beach will still not be prosecuted while the Surfrider Foundation case and potential appeal of the Friends of Martin's Beach case are pending.

Through the litigation “discovery” (or exchange of background materials) process, proponents of beach access did verify that billionaire “green” venture capitalist Vinod Khosla is the owner of the 200-acre beach property - a fact that was previously undisclosed and kept hidden from the public via the legal registration of the ownership entity as Martin's Beach I and Martin's Beach II LLC.

While the press continues to highlight this case of blocked beach access, Surfrider Foundation is working to try to negotiate a reasonable solution that allows the public to access Martin's Beach.  If no solution is reached, Surfrider will pursue our case under the California Coastal Act regarding unpermitted development, including locked gates, armed guards and restrictive signage.  This case is expected to go to trial in late Spring 2014.