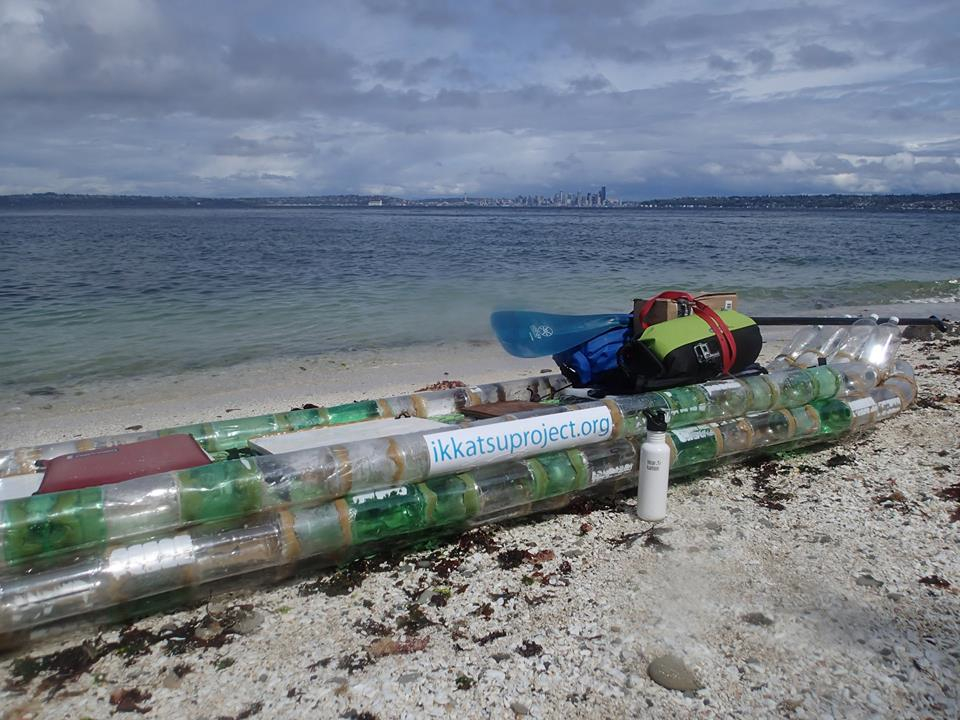 This spring, Ken Campbell, hailing from the South Sound Surfrider Chapter in Tacoma, Washington, undertook a 150-mile journey around the Puget Sound aboard his hand-crafted kayak the Hyas yiam. The purpose of Ken’s journey was to raise awareness of the harmful impacts and growing presence of plastics in the ocean, and his kayak was made entirely out of discarded single-use plastic bottles.  Read more about Ken’s adventure in his own words….. 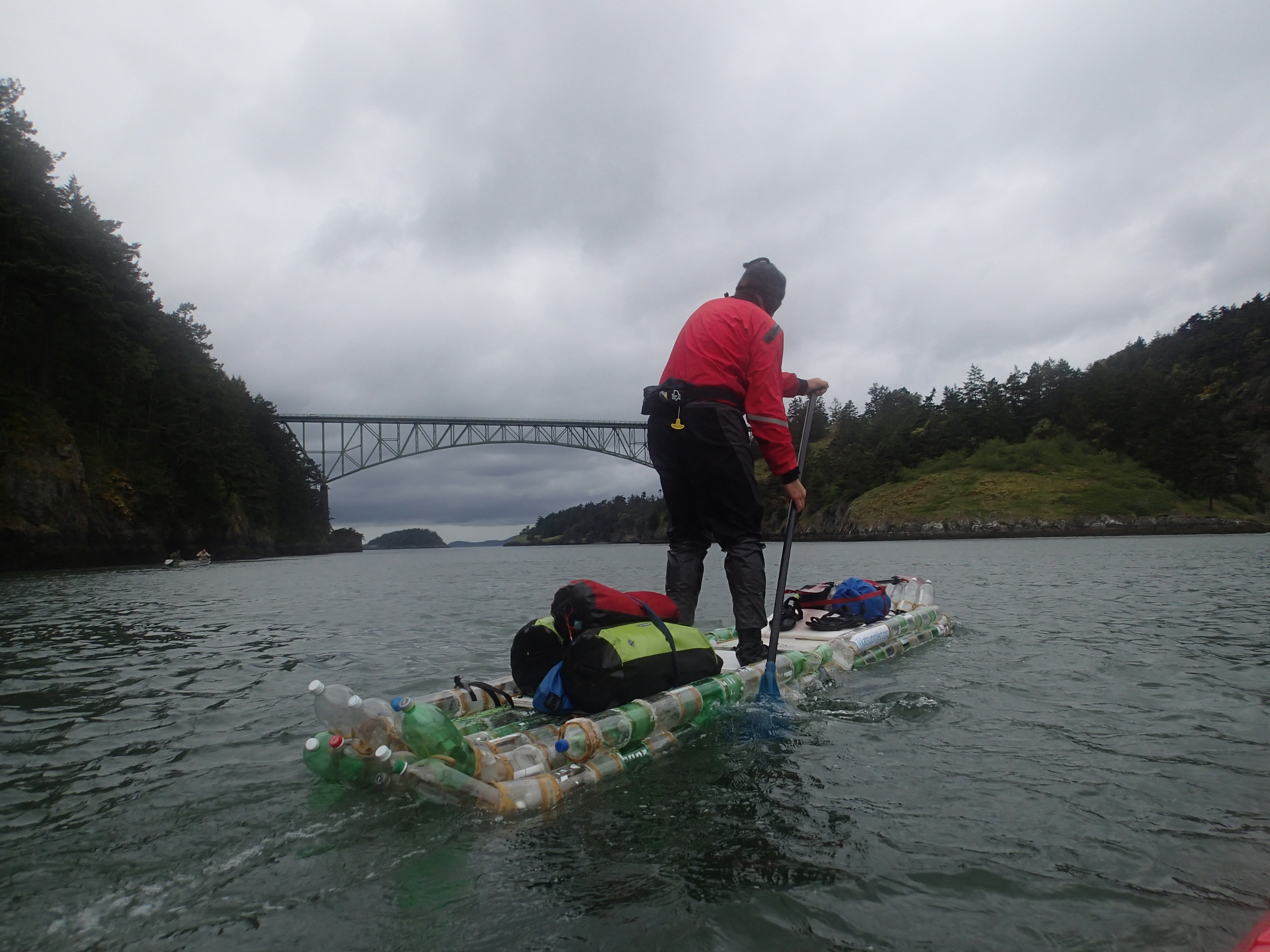 Message in a Plastic Bottle
by Ken Campbell


On May 17th, I made landfall in Bellingham, Washington, completing the 150-mile journey of the Hyas yiem, a kayak that was constructed out of discarded single-use plastic bottles. This improbable voyage was made in an effort to help raise awareness about the proliferation of single-use plastics and the effect they have on our marine environment. Along the way, I was able to participate in several beach cleanups and gave presentations that focused on the effects that plastic is having in the world’s oceans, as well as the impacts it has in Puget Sound. 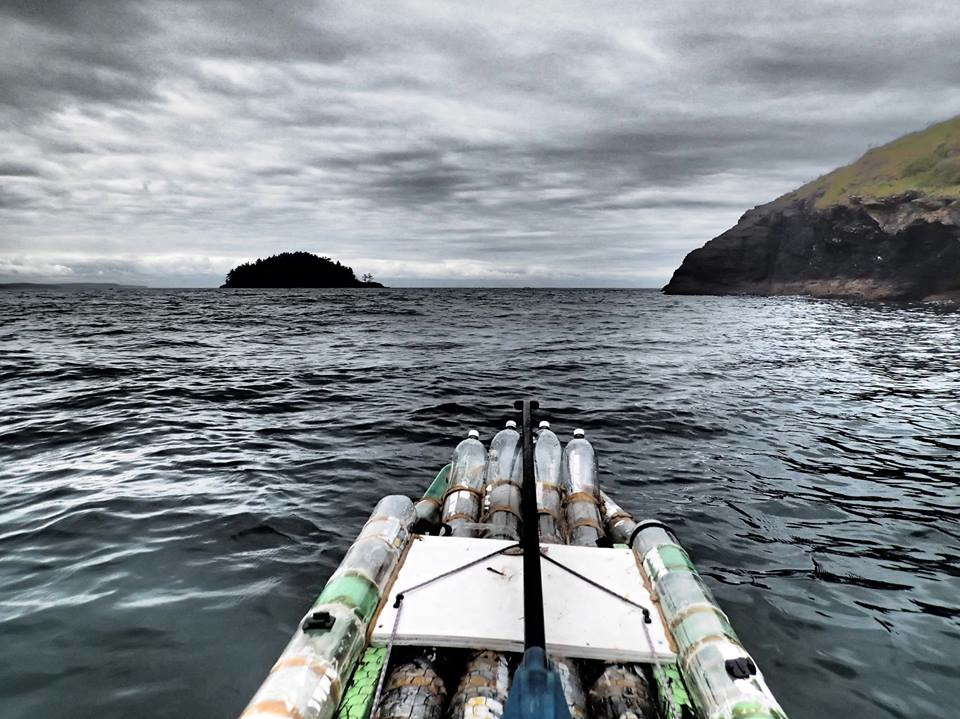 I began in Olympia, WA, on April 12th, and worked steadily northward over the following month, paddling mainly on the weekends. By setting up the expedition schedule in this way, I was able to meet more people out on the beach during busier times and had the chance to get involved in more cleanup efforts, including one sponsored by the South Sound chapter and another that was organized by the Northwest Straits chapter. 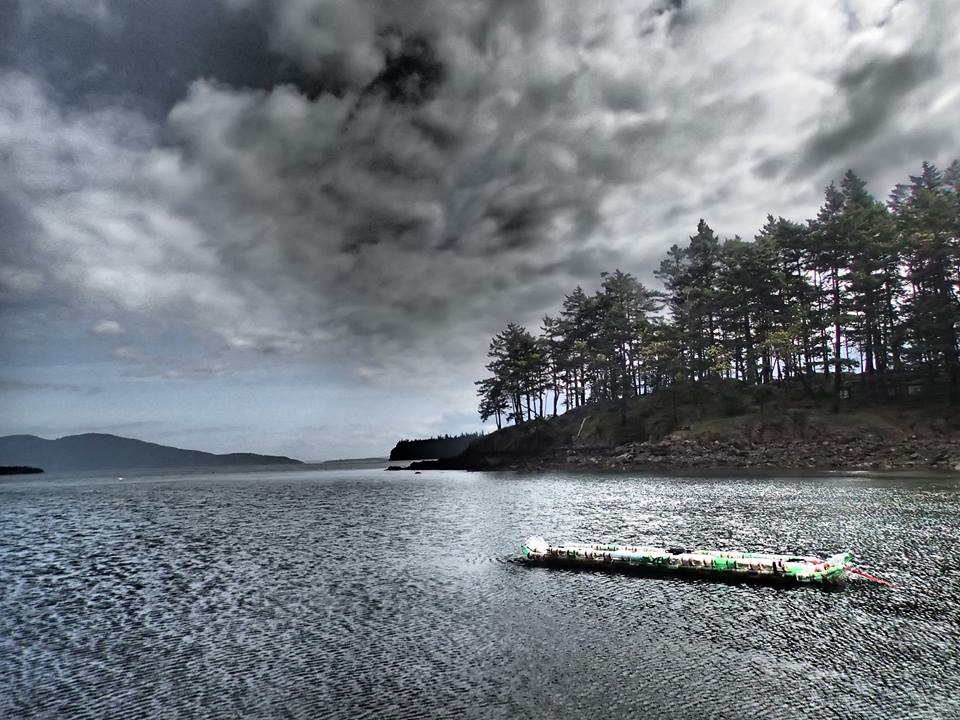 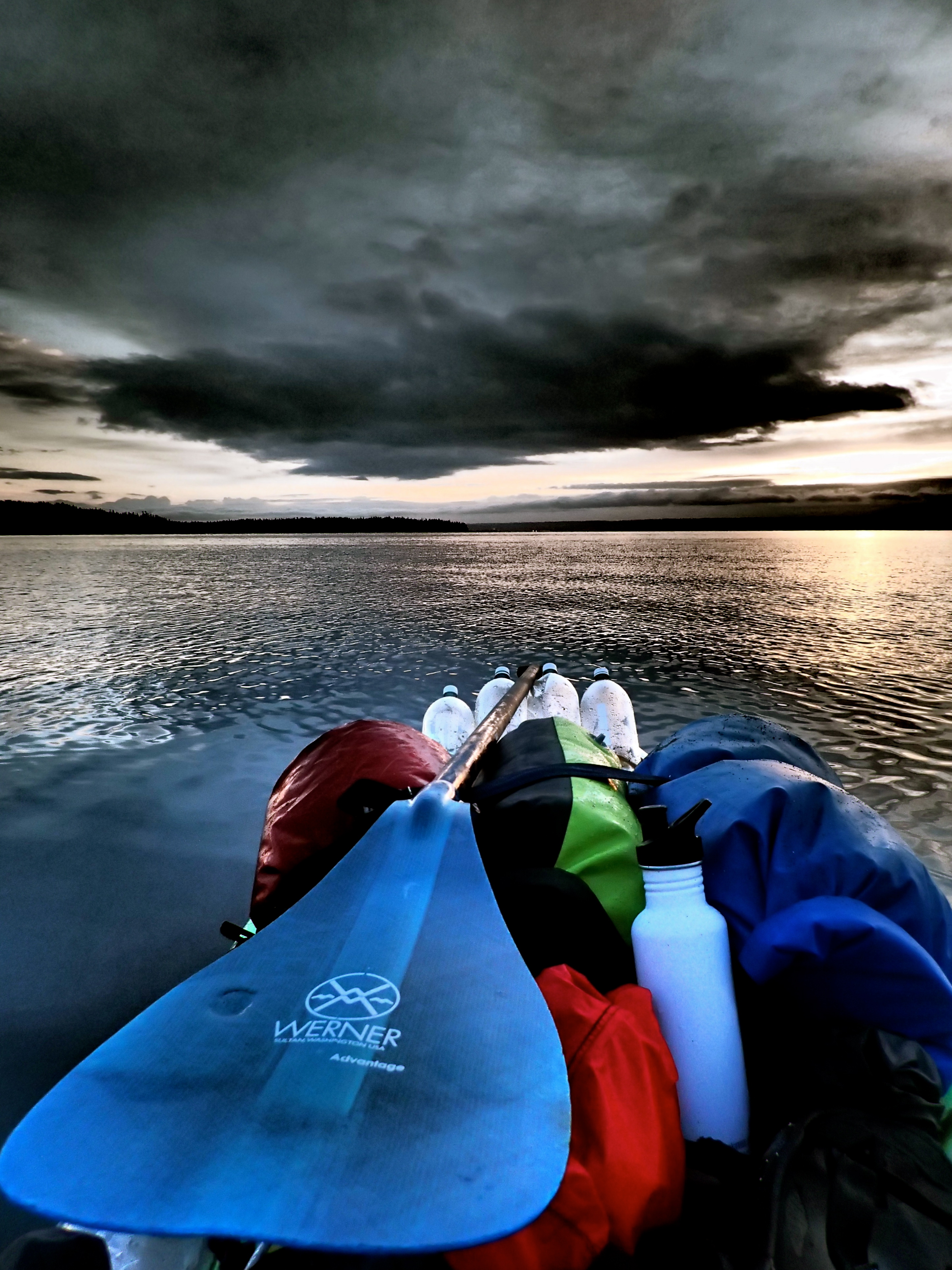 Conditions were typical for a Northwest spring: rain, wind, sun and calm, and everything in between. The kayak handled surprisingly well and although it didn’t move very quickly, it handled the wind waves and the current nicely. Early morning was one of my favorite times to get on the water, especially on the ones when the sunrise seemed to paint the sky in vast sweeps of brilliant colors, bringing on a blue-sky day.


Hyas yiem is a Chinook term that translates as “telling a tale,” a name chosen for several different reasons. There is a melody in it that reminds us of the history that has taken place here in Puget Sound, and the different peoples that have called this place home. As a language, Chinook was used to bridge different cultures; it was often used in trade and discussions between people who otherwise would have not been able to communicate. The things we are trying to talk about on this trip are realities that affect all of us, regardless of who we are, and we need to find a way to be able to talk about them that makes more sense.” 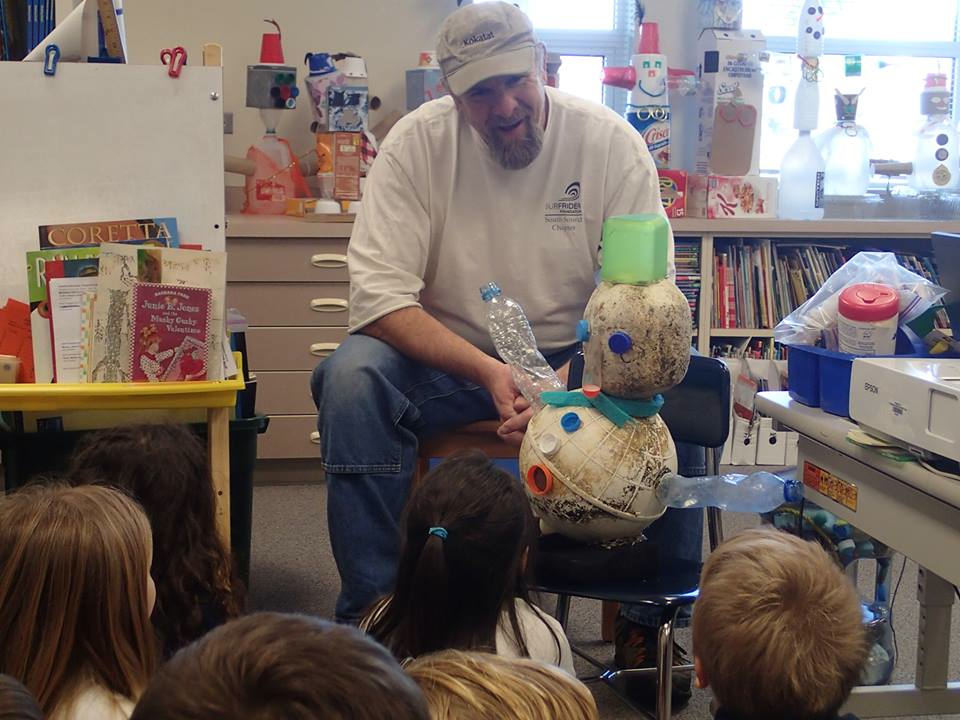 In addition to the other aspects of the journey, I collected water samples at regular intervals along the route that will be used as part of an ongoing worldwide micro-plastics study. Presentations were made to several different schools before I started on the trip and I also was able to work with the kids from the Chief Kitsap Academy on the Suquamish reservation. There is a very real interest in the science that needs to be done with regard to the health of the ocean and it is encouraging to see the youth become engaged.


I have hours of video to go through now and in a few weeks, I’ll start the editing process. The hope is that I’ll have a film ready by Christmas… meanwhile, the photos will have to do. Thanks to Surfrider for all they do here in Washington and all over Cascadia. The ocean needs all the advocates she can get.


For more information on the ongoing work of the Ikkatsu Project, visit www.ikkatsuproject.org and follow along with the Project’s Facebook page. 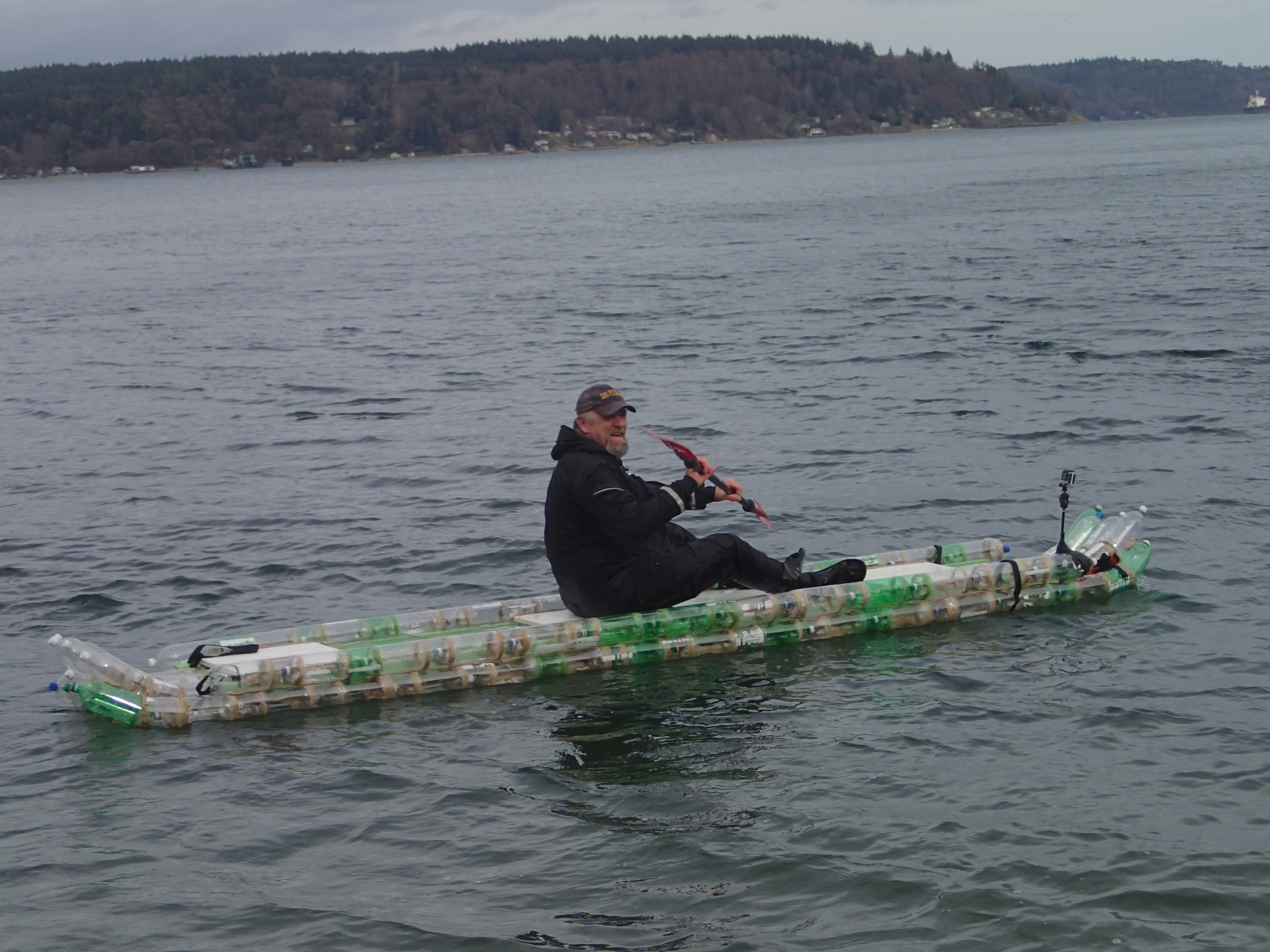