On May 24th, the National Oceanic and Atmospheric Administration (NOAA) predicted another year of above-average hurricane activity in the Atlantic Ocean. NOAA’s forecast for the 2022 Atlantic hurricane season, which extends from June 1 to November 30, includes 14 to 21 named storms (winds of 39 mph or higher), 6 to 10 of which could become hurricanes (winds of 74 mph or higher), and 3 to 6 storms developing into major hurricanes (category 3, 4 or 5; with winds of 111 mph or higher). Just one week later, the first tropical storm of the season hit the Eastern Seaboard, drenching South Florida and flooding streets with more than 10 inches of rain in Miami and Key Largo. This is the 7th year in a row that NOAA is predicting above-average hurricane activity, showing that low-lying coastal cities, such as Miami, are already experiencing the impacts of climate change and warming oceanic temperatures firsthand as these storms increase in frequency and intensity.

Extreme weather events, especially slow moving and large coastal storms, not only cause severe flooding that puts public safety and property at risk, but they also completely overwhelm sewer and stormwater systems. In these flooding events, sewer systems spill untreated sewage into our rivers, bays, and ocean. This is already a well-known problem for low-lying Miami-Dade County in Florida.

The excessive rain that fell this past weekend during Tropical Storm Alex resulted in two sewage spills that discharged over 1,000 gallons of untreated sewage into the Miami River. To protect public health, the Miami Blue Water Task Force (BWTF) - which typically runs 20 water quality tests every Thursday - rallied BWTF volunteers together for an emergency sampling event on Sunday morning after the storm. Check out the great coverage the Miami BWTF team received in the below newsclip from NBC 6 South Florida.

Check out the video below about Florida's Sewage Pollution Crisis

Meanwhile, the state released bacteria results from the same sampling day for 16 sites, and has issued water quality advisories for all of their sites. The timely response of the Miami chapter to these sewage spills clearly demonstrates the importance of volunteer water quality monitoring programs in protecting public health at the beach. Even more, these spills underscore the severity of Florida's sewage pollution crisis and the need to fund robust water quality testing on Florida's beaches, enact strong sewage spill notification laws, and complete expedient wastewater infrastructure upgrades statewide.

To view the Miami chapter’s BWTF sampling sites and most recent results, check out the BWTF map. The chapter will be back out testing this Thursday to see if these high bacteria levels come down. The chapter is also in the process of creating an emergency BWTF response team to respond to future sewage spills in a timely manner. 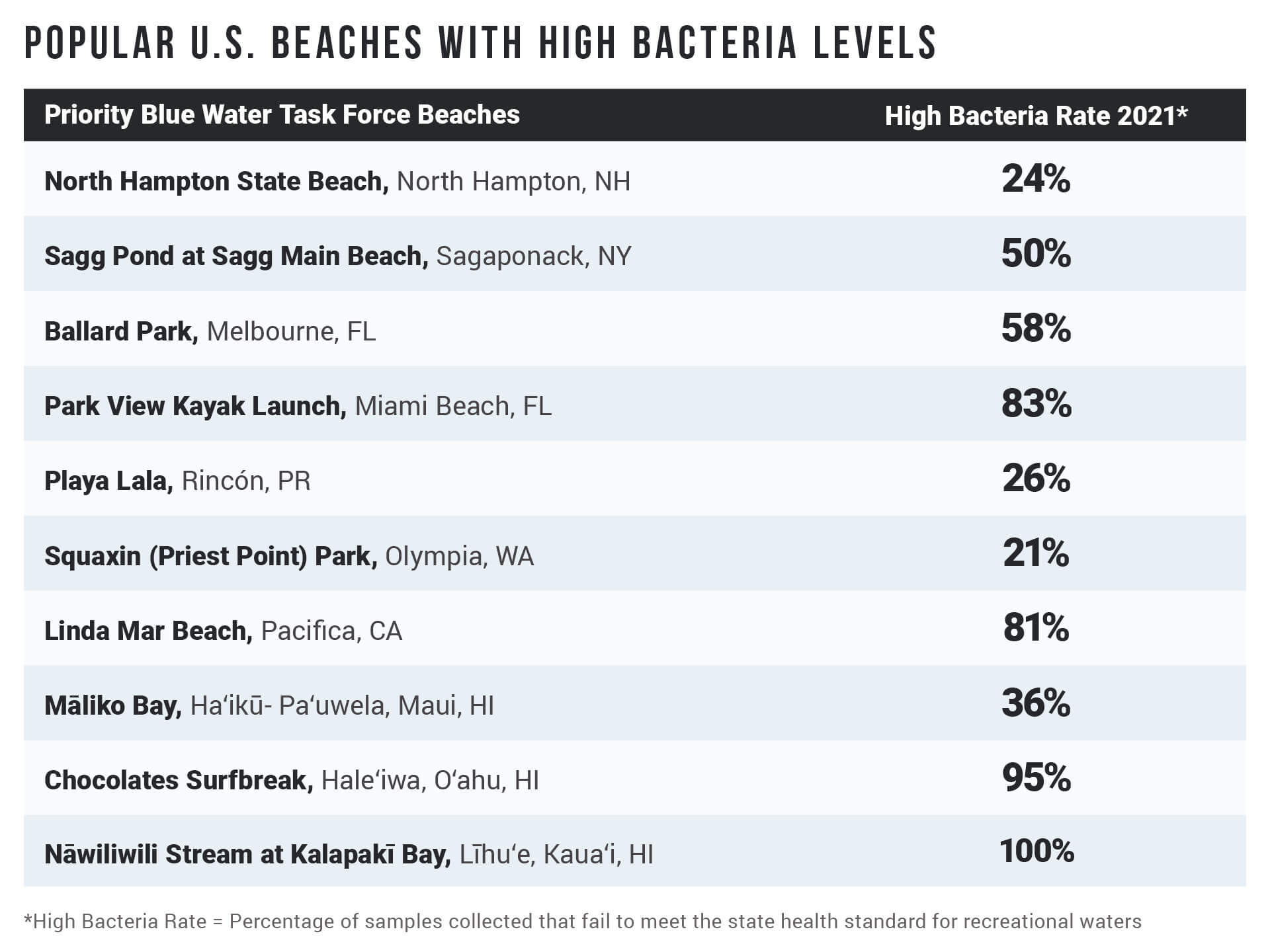